In 1998, Tadashi Kawamata symbolically linked an urban hotel and a rural synagogue in the Metz area to restore connections. 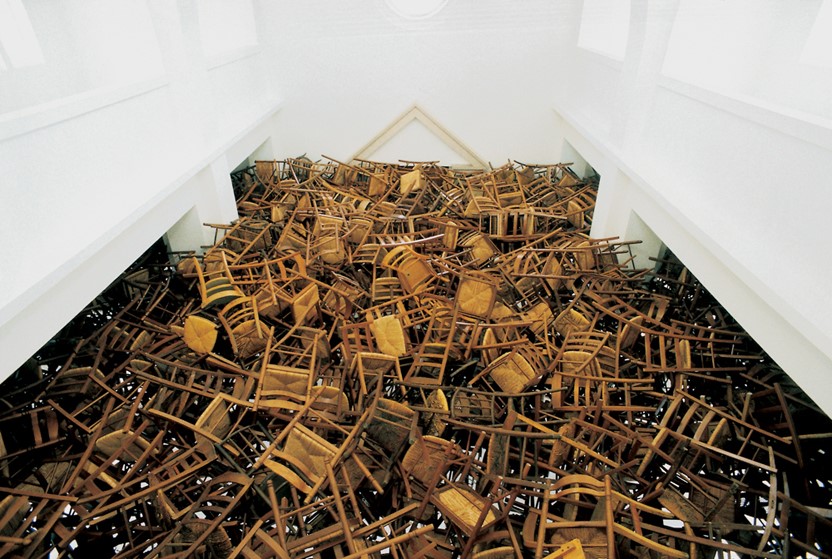 Questioning the relationships between humans and the links between the city and countryside: this was what artist Tadashi Kawamata, one of the pioneers of environmentally responsible art in Japan, sought to do in his installation Les chaises de traverse. Between June and October 1998, the artist took over the courtyard of the Hôtel Saint-Livier in Metz and the synagogue in Delme. At these two sites located in the Moselle region, situated 35 kilometres apart, his works came to life simultaneously.

Les chaises de traverse is a continuation of his preceding installation, Le Passage de chaises, which took shape in the chapel of the Pitié-Salpêtrière Hospital in Paris in 1997. Tadashi Kawamata piled up a large number of wooden chairs in this place that he believed did not receive enough visitors.

Chairs as a social link

Assisted by students from various art and architecture schools in Metz and Nancy, the Japanese artist suspended 2000 wooden chairs from the ceiling of the synagogue, while at the same time, the Hôtel Saint-Livier was invaded by a pile of 1700 chairs, exceeding the height of the existing walls and even overlapping the outer walls. ‘Each of these chairs is a different character with a different story; it’s a little like connecting people using plastic ties, and yet the links are very solid’, the artist explains in a short film by Gilles Coudert dedicated to this installation. To connect the two sites symbolically, the artist placed several chairs in the bus shelters that are interspersed along the route between the synagogue, situated in the heart of a rural area, and the hotel, which blends seamlessly into the urban landscape of the administrative centre of the Moselle.

In 2016, the artist returned to Metz to install a new piece at the Centre Pompidou-Metz entitled Under the Water, a giant wooden wave serving as a metaphor for the tidal wave that ravaged the coasts of the Japanese archipelago.

Les chaises de traverse (1998), an installation by Tadashi Kawamata, can be viewed on the Synagogue de Delme’s website. 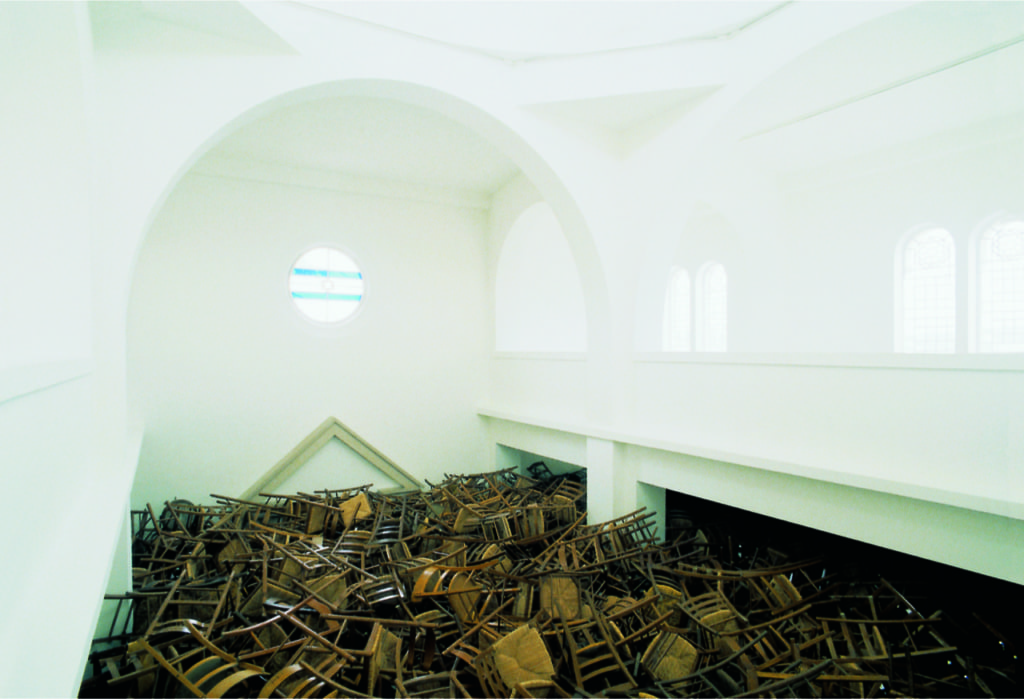 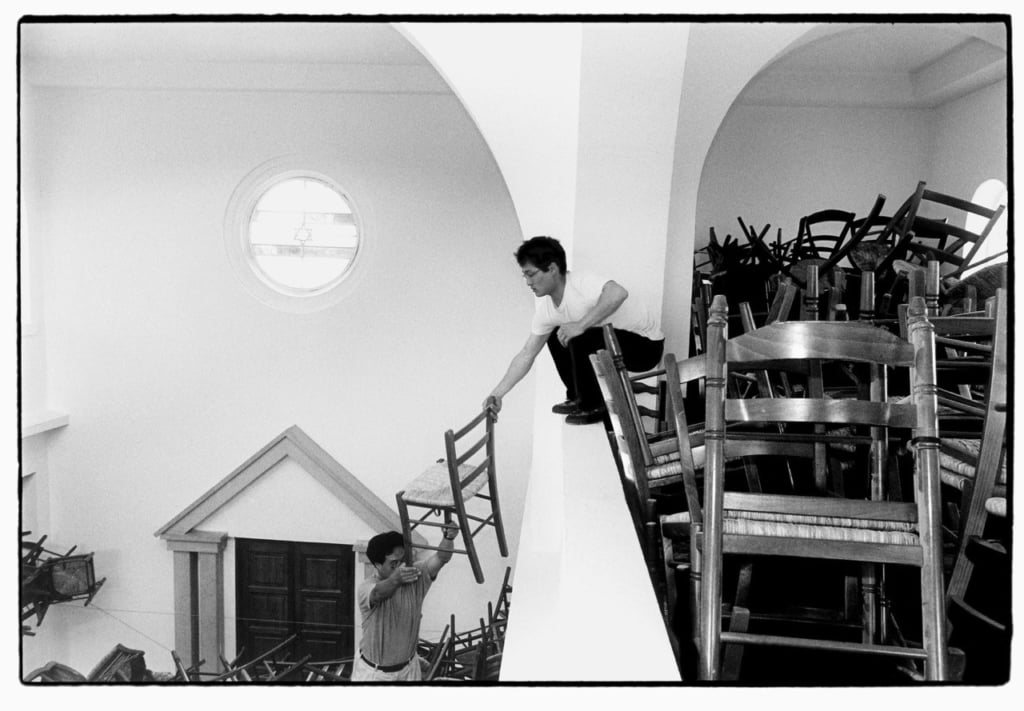 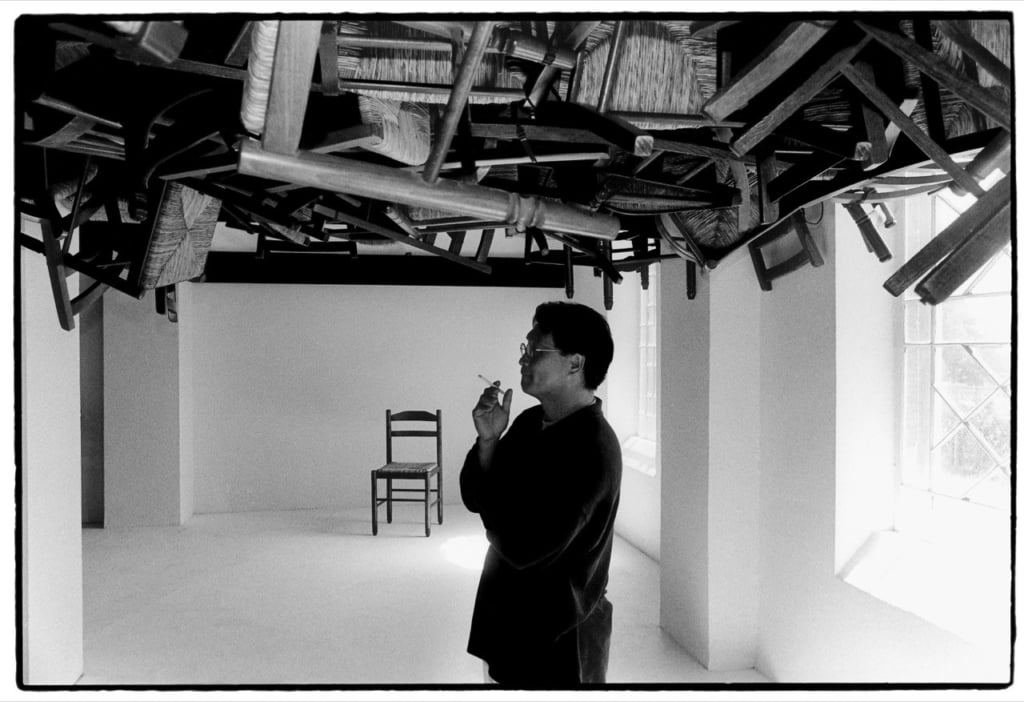