Photographer Tom Blachford travelled around Tokyo after dark to capture its concrete jewels that he immerses in a futuristic ambiance. 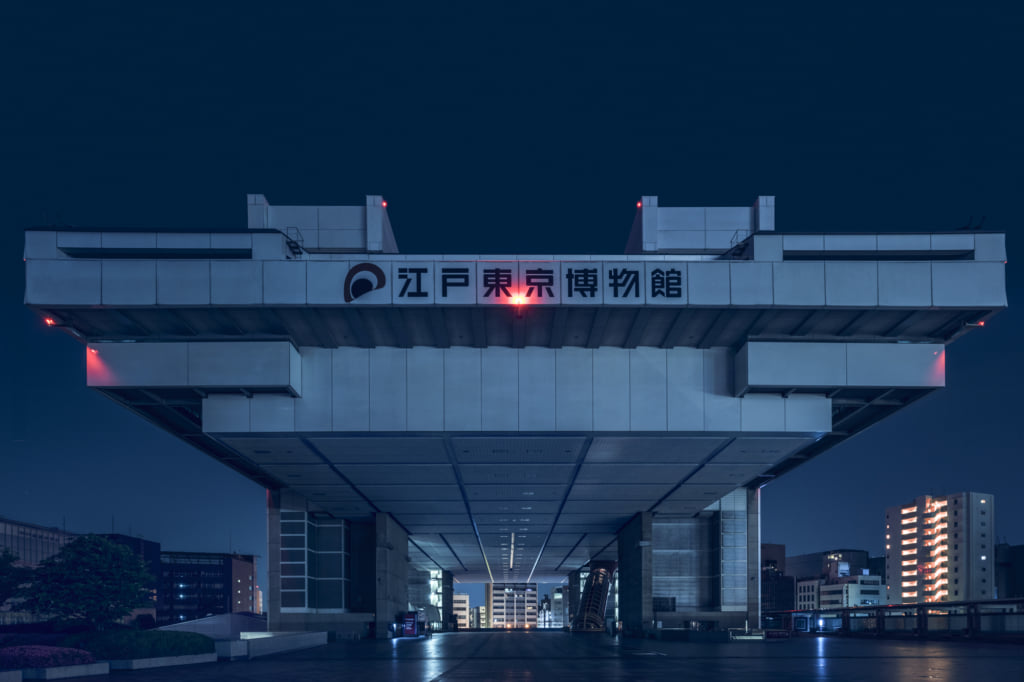 Imposing buildings made from concrete, with sharp and geometric shapes, bathed in light with blue and pink accents: this is a brief summary of the series Nihon Noir 2099 by the Australian artist and photographer Tom Blachford. The artist, who focuses mainly on the appearance of architecture after dark and captures images using long exposure, visited Japan for the first time in 2013.

‘I craned my neck and gazed in wonder at the cyberpunk metropolis and couldn’t get over the depth of the culture, the density of the architecture, and the sense that everything appeared perfectly old and new at the same time’, he recalls in an interview with Pen. ‘I felt like I was somewhere in a parallel universe, catapulted towards the future.’

He thus decided to shine a spotlight on metabolist architecture, a Japanese post-war movement exemplified in the iconic Nagakin Capsule Tower. ‘I thought it was important to capture as much as possible of this movement that, despite having largely failed in its ideals, remains so aesthetically fascinating and retains a sense of hope and futurism almost 50 years later’, the photographer explains.

His images exclusively feature constructions with no human presence discernible, as Tom Blachford wanted to cast doubt on the date when his photographs were taken. ‘I’m selling an emotion, not a fact’, the artist concludes. To achieve this, he retouches his images to add a particular depth by introducing blue, pink, and magenta hues and removing yellow and green tones. This also serves to eradicate any traces of human beings or details that could potentially identify the era. It’s a way of placing Tokyo’s metabolist architecture in another space-time, like an artistic form of antidote to its destruction.

Nihon Noir 2099 (date unknown), a series by photographer Tom Blachford, can be viewed on his website. 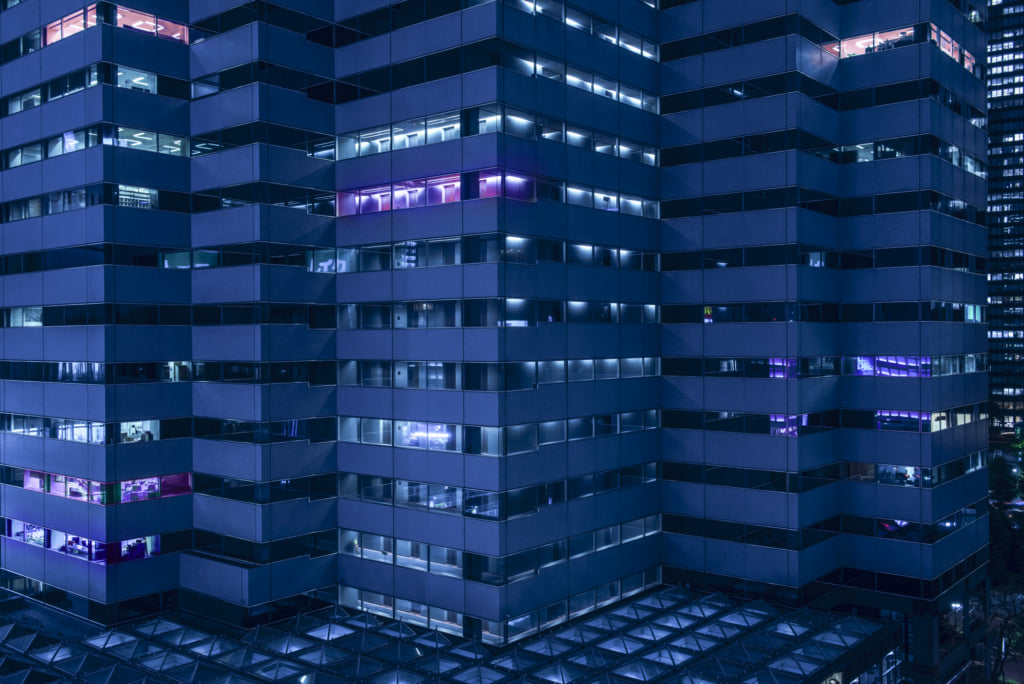 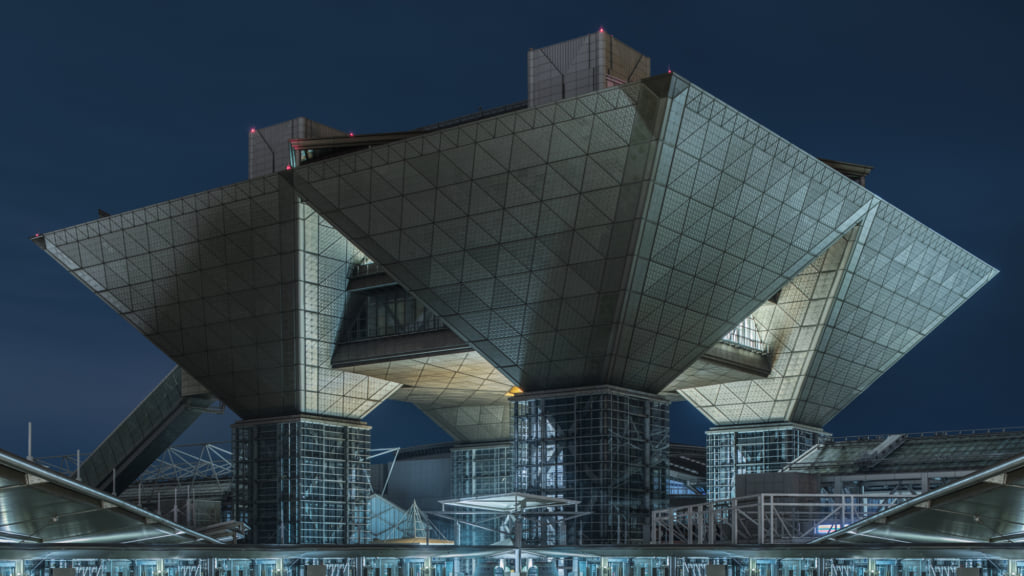 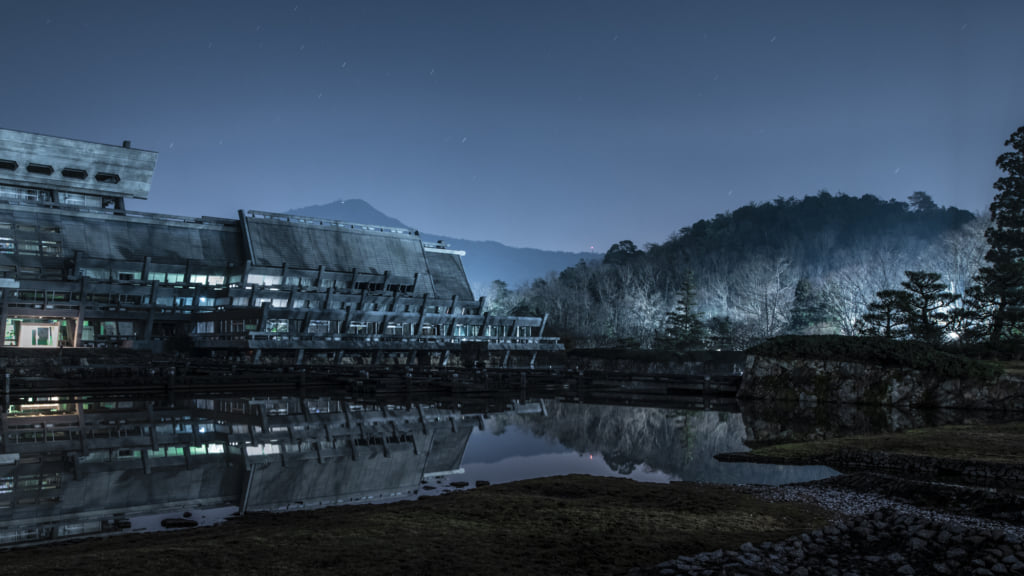 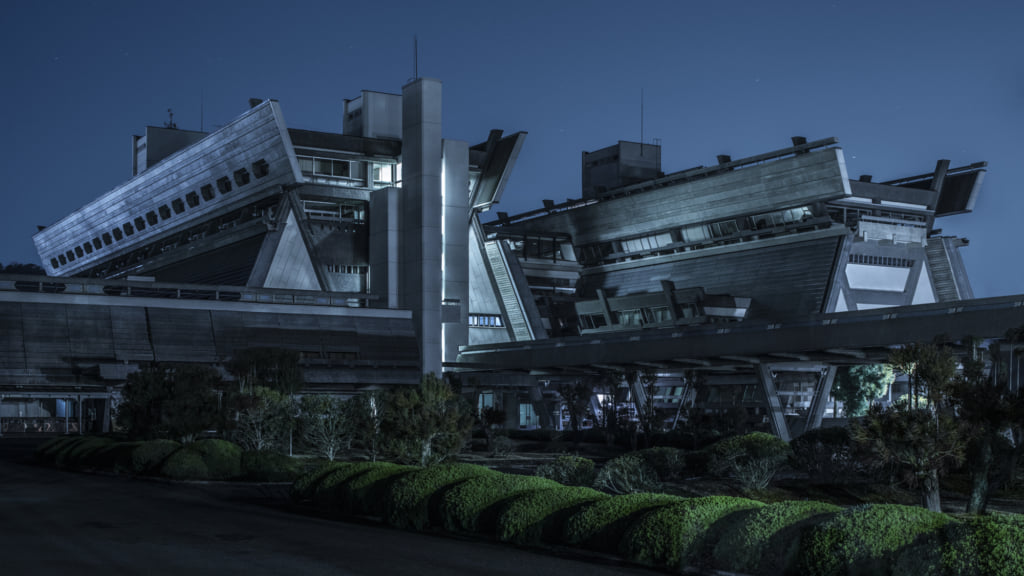 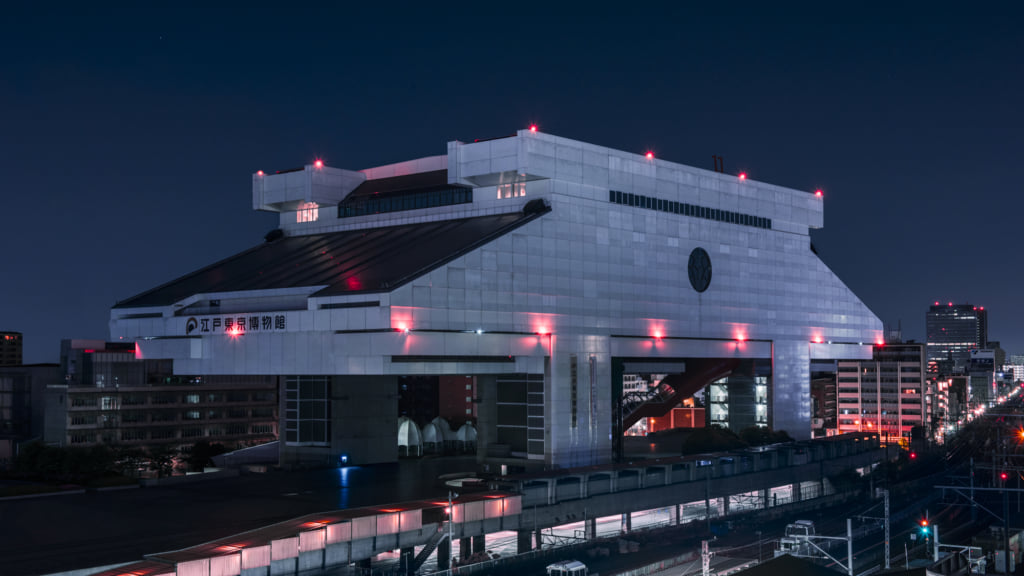 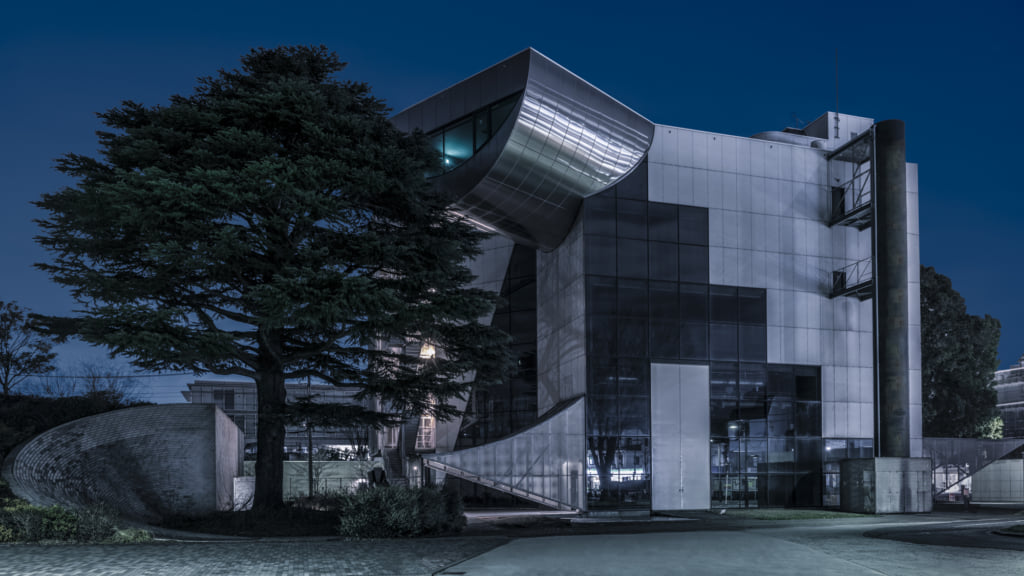 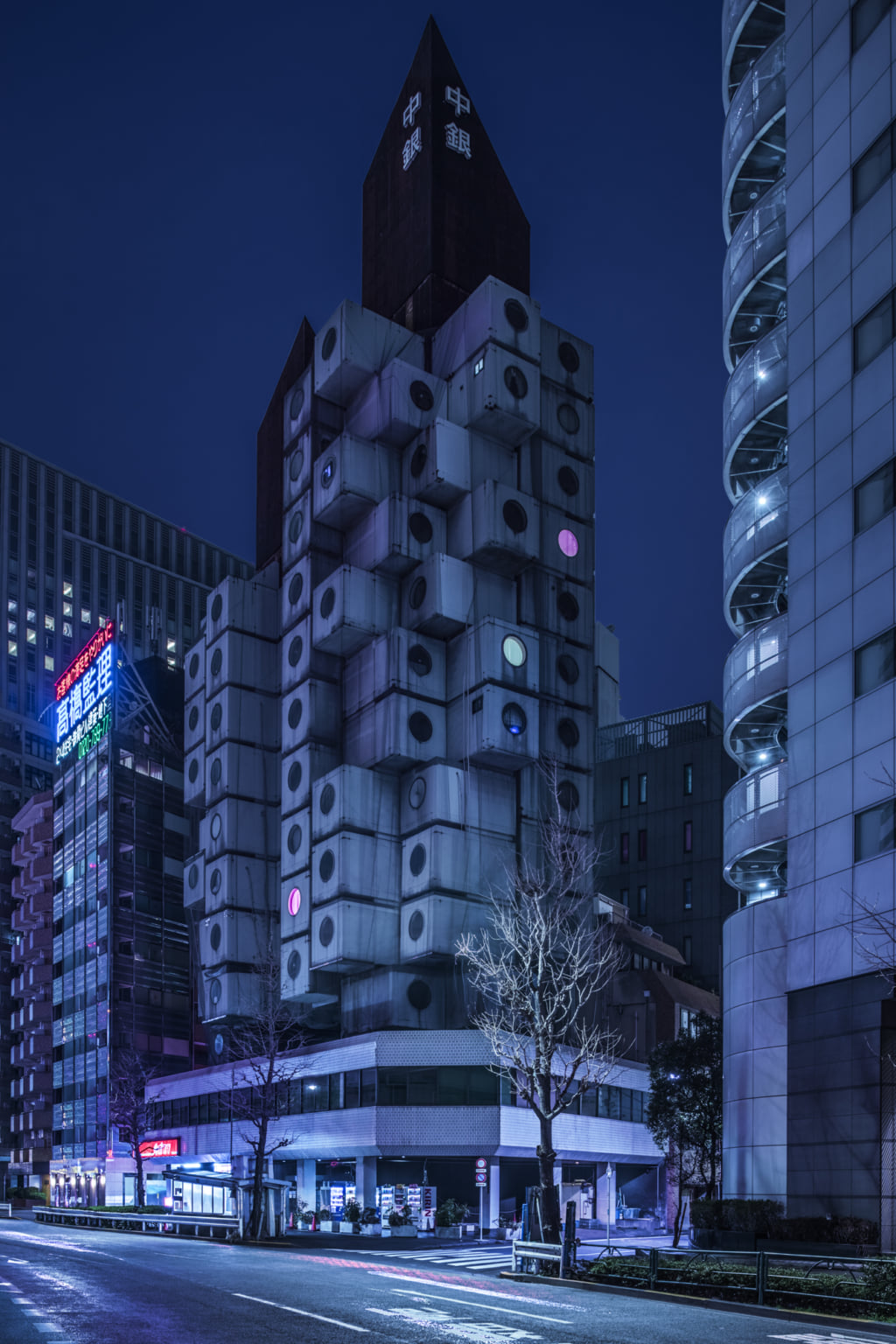 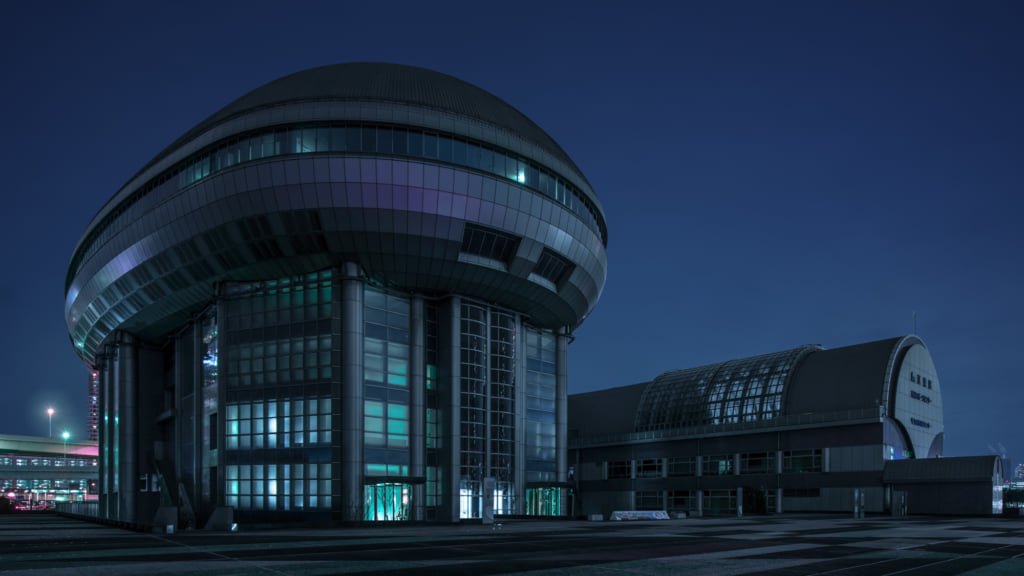