Deep in the sacred forests of Kumano, the photographer investigates the space that hovers between man and nature. 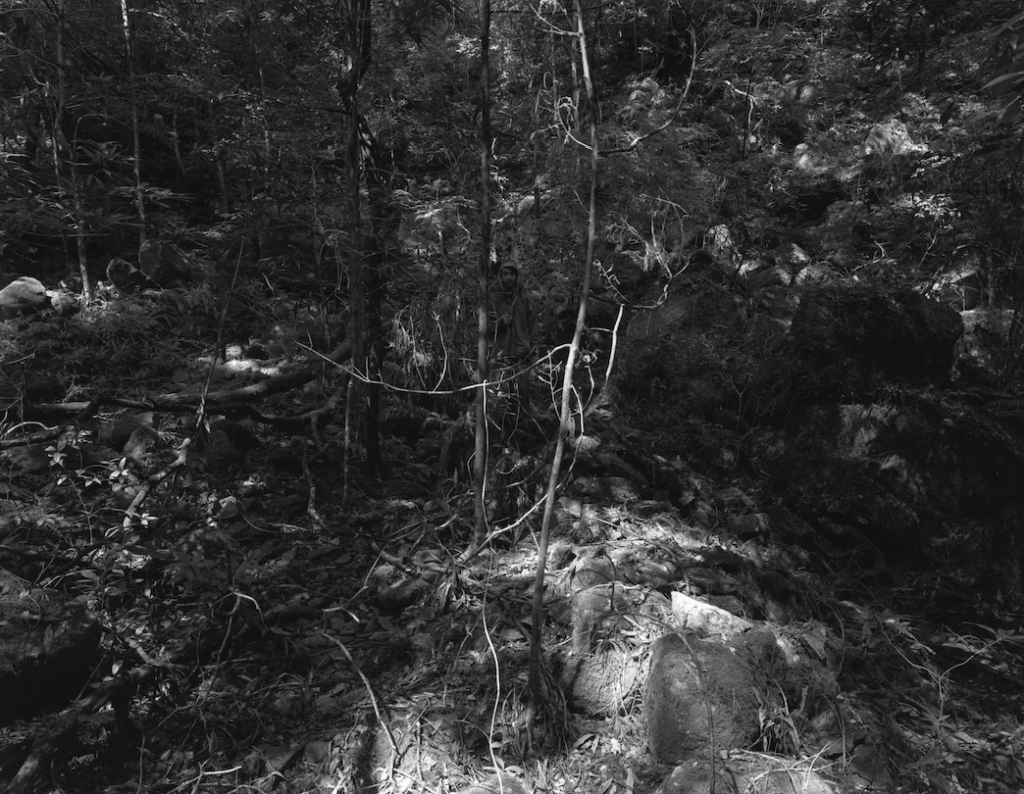 The forest in Kumano where the series Drawing a Line was shot is also home to the Kumano Kodo, an ancient pilgrimage site, criss-crossed by sacred trails. ‘The first time, I went alone, with the desire to become one with the woods. In the photographs, I had the feeling of living together with the forest, and this gave me a great sense of satisfaction’, writes Wataru Yamamoto in his book. By the time the photographer set out for his second photoshoot, however, the psychological and geographical landscape had changed, informed by the Fukushima earthquake and tsunami disaster of 2011.

Tokyo-based artist Wataru Yamamoto was born in 1983 in Tochigi. With his 2012 publication, the photographer places himself at the centre of his images with a series of self portraits taken in the heart of the Kumano forest, captured between October 2010 and March 2011. Taking nature as the primary focus within his work, Wataru Yamamoto is particularly interested in the unmediated relationship between man and nature, exemplified in this body of work.

Shot in high contrast black and white, the photographer is barely visible in the photographs, blending into the dense vegetation that surrounds him—the cable release, however, is an immediate indicator of his presence. Known for his experimental technique, the photographer’s cable release becomes both a central concept and a compositional element in the artist’s endeavour to depict the spaces between man and nature.

The photographer continued his work on natural environments in 2013 with a solo exhibition, Plane Tree Observations, at Yumiko Chiba Associates, an experiment in Kirlian photographs that were once used for observing the auras of plants.

Drawing a Line (2012), a photo book by Wataru Yamamoto, is published by MCV MCV. 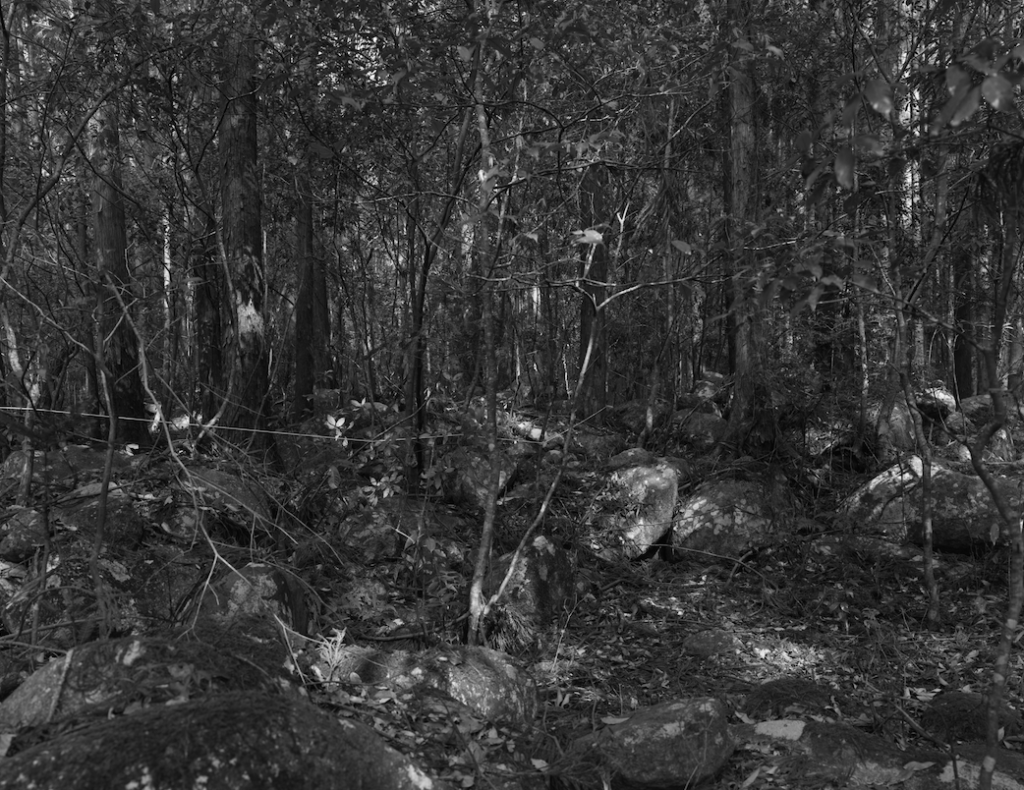 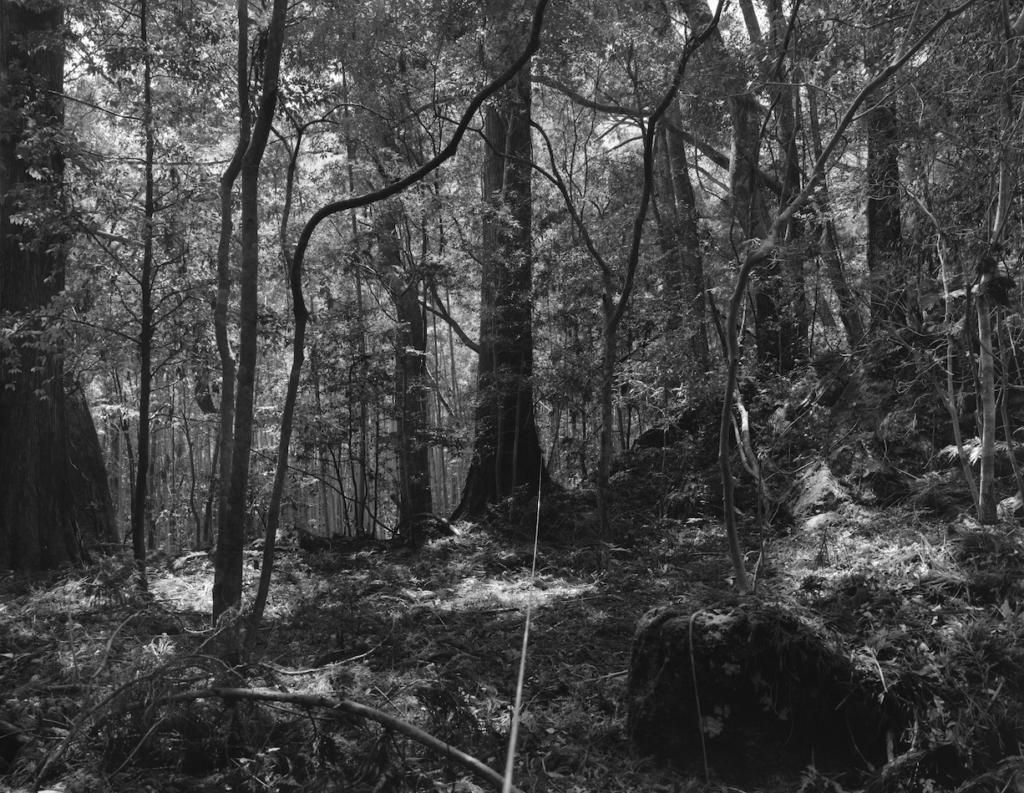