The artist's engravings have the power to make their subjects emerge from the depths of darkness, playing with positions. 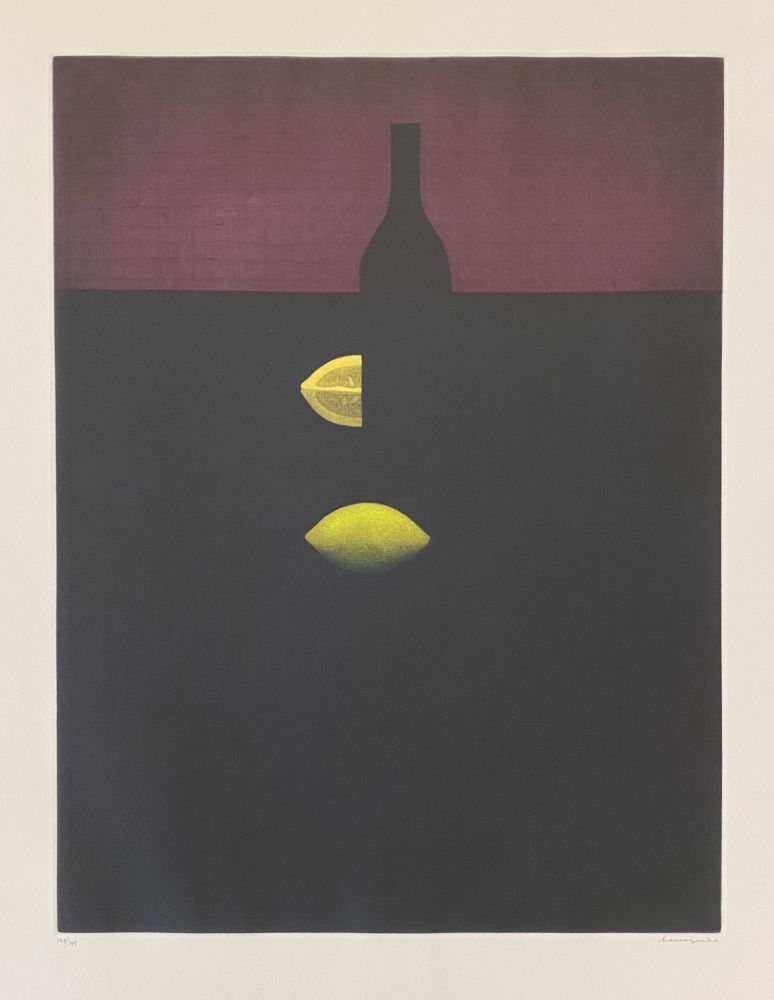 Developed in the 17th century by German artist Ludwig von Siegen, the black manner technique, also known as ‘mezzotint’, is now associated with the work of a handful of artists, including Mikio Watanabe, Kiyoshi Hasegawa, and Yozo Hamaguchi from Japan, the latter having been described in this book as the ‘Master of the Mezzotint.’

Yozo Hamaguchi was born in 1909, into a world far from the artistic universe; his father was the president of Yamasa Shoyu, a producer of soy sauce since 1645. After some time spent at Tokyo University of the Arts—where he studied sculpture—Yozo Hamaguchi headed to France to study fine arts, before having to return to Japan on the eve of the Second World War, and being enlisted to participate in the Pacific War. He returned to Paris in 1953 with his wife, poet and artist Keiko Minami.

Bursting out and suggesting

Black manner is a complex intaglio engraving technique through which a wide range of black tones can be created. Yozo Hamaguchi’s interest in black manner arose as a result of his encounter with American poet Edward Estlin Cummings, who, after having seen his work, suggested that he explore this route. Yozo Hamaguchi paid homage to him 50 years later with the series e.e.cummings suite, based on the lines of the poem ‘anyone lived in a pretty how town.’

Yozo Hamaguchi manages to make the subjects of his pieces burst out of the shadows and to play with gravity. The fruit and vegetables featured in his work include lemons, pomegranates, ears of corn, watermelons, and cherries—which he used for the official poster for the 1984 Winter Olympics held in Sarajevo. As specialist Marjorie Katzenstein notes, his engravings make particular references to the work of European surrealist artists, and conceal a number of sexual allegories.

After also spending time in San Francisco, the artist returned to Japan in 1996, where he passed away in 2000.

Yozo Hamaguchi’s work can mainly be viewed at the museum dedicated to him in Tokyo. 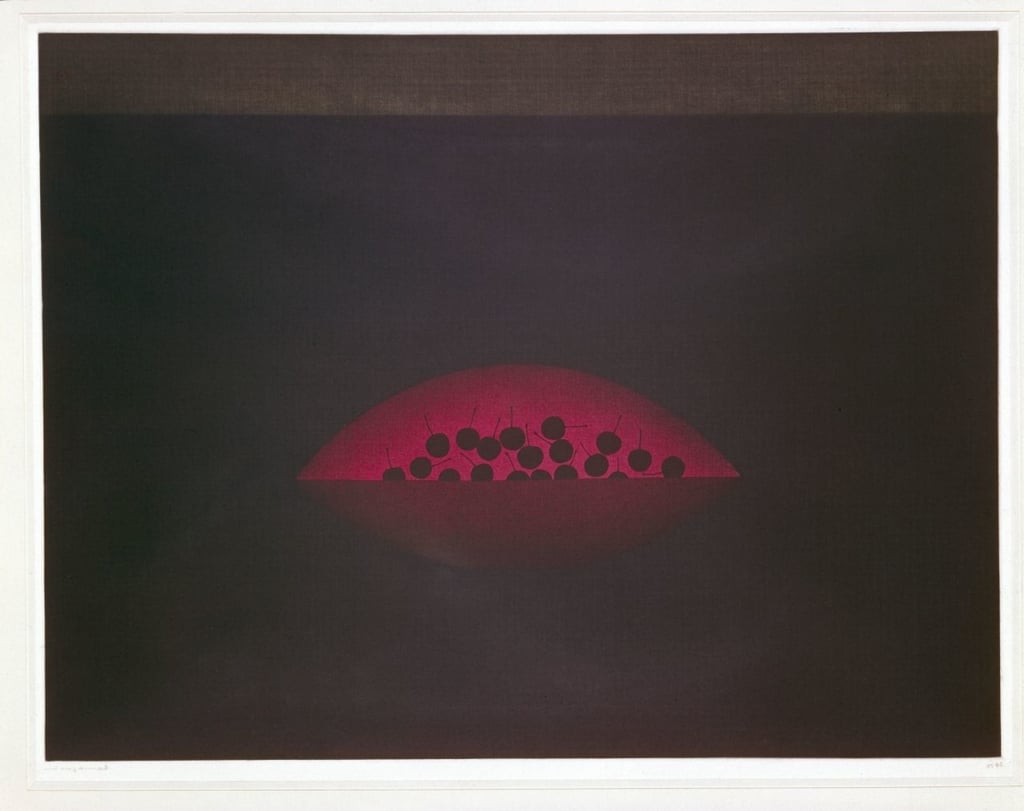 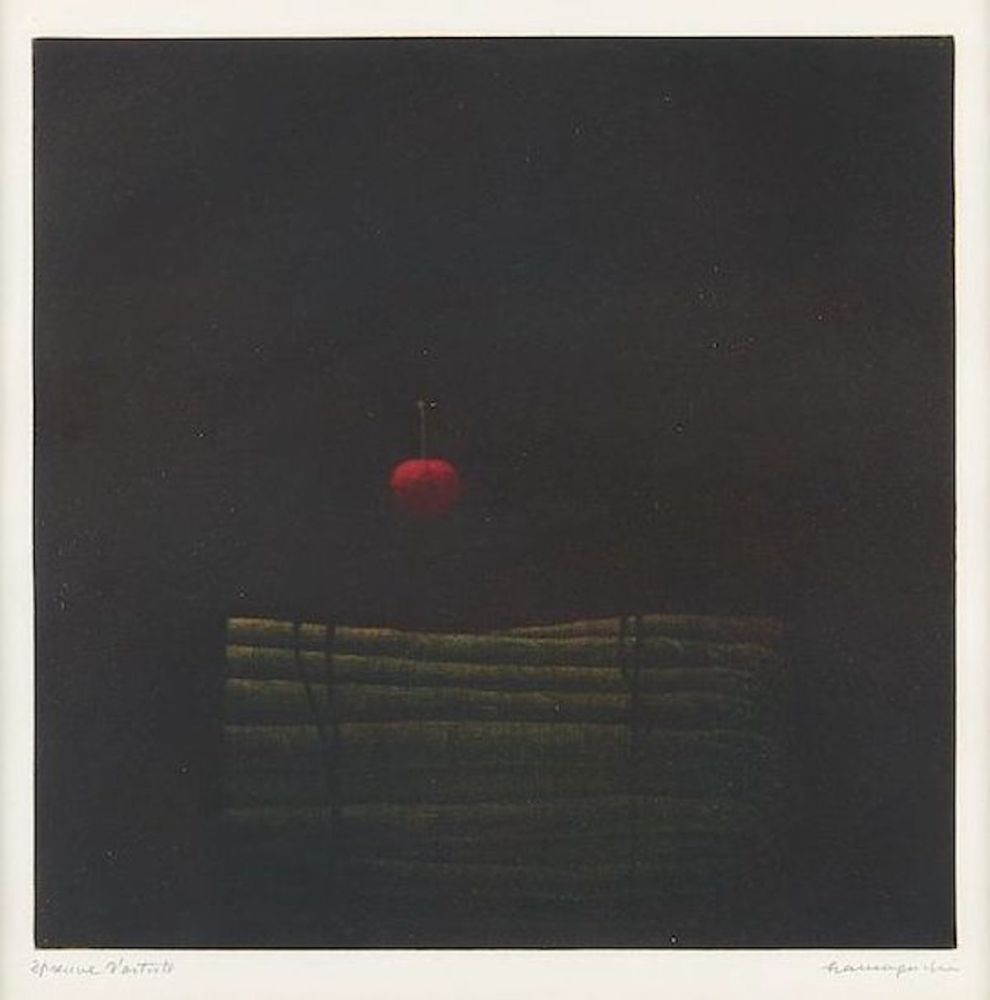