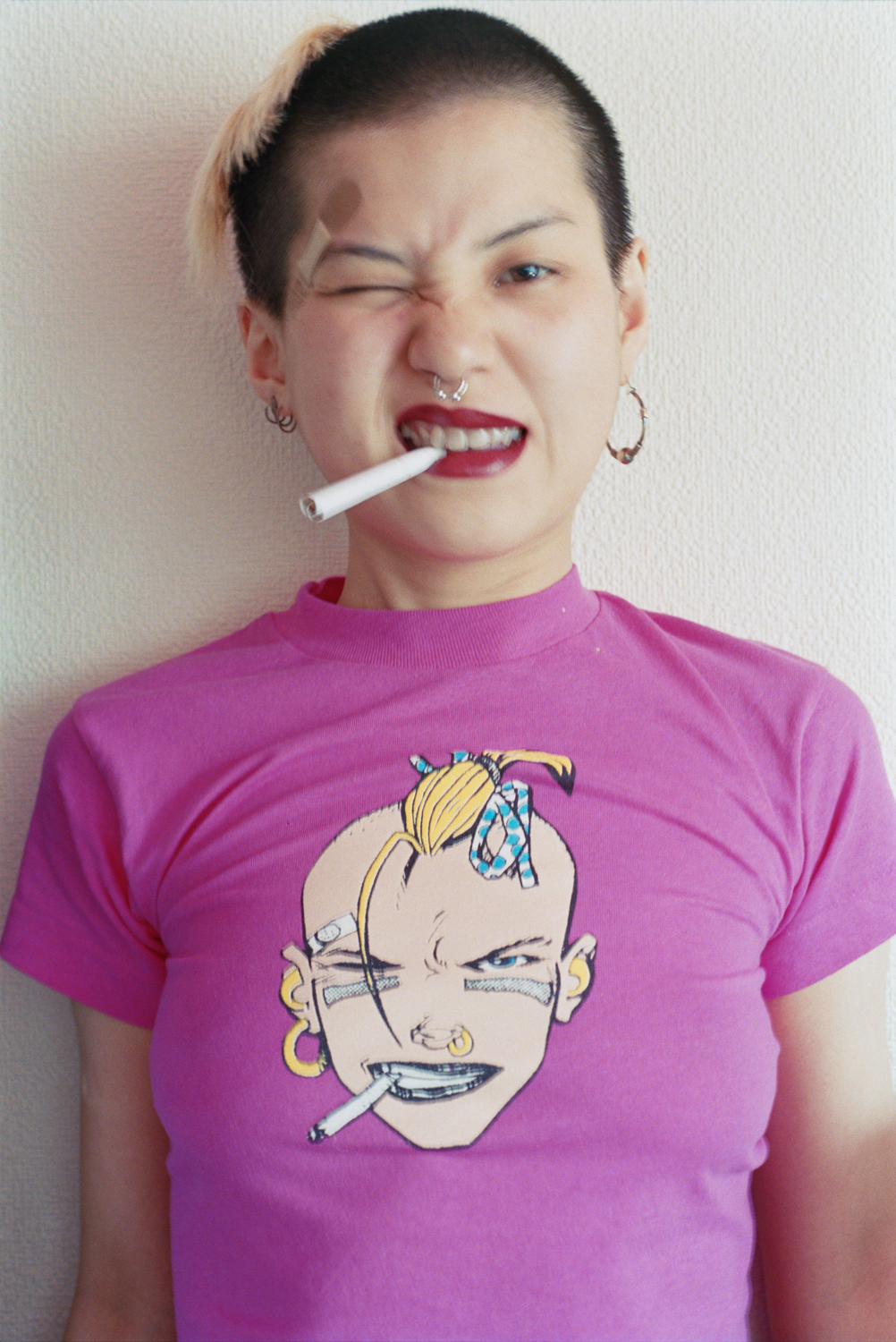 Photographer and writer Yurie Nagashima grew up surrounded by strong female role models: her teachers, members of her family, and Simone de Beauvoir. Women that had nothing to do with the notion of how a woman should be or behave in the Japan of the 90s. Ignoring those instructing her to be more feminine, the young Nagashima decided to raise her own unique voice through photography. And her voice was heard. Still a university student, Nagashima won the Urbanart award. Serving as a member of the jury was none other than the highly-acclaimed and polemic photographer, Araki Nobuyoshi.

The Personal is Political 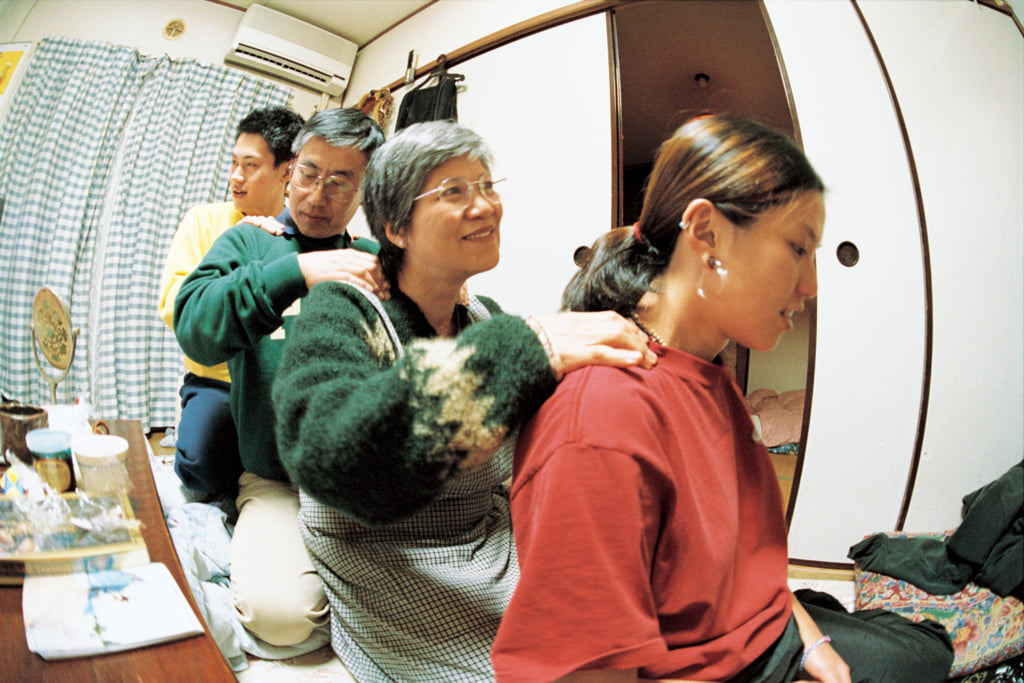 The series of photographs that won her the award depicted Nagashima’s family in the nude, and quickly became a national sensation. Soon after, the term ‘onnanoko shashin’ (or Girls’ photography), was born. It referred to a group of female photographers, with Nagashima as one of the lead figures, who were documenting their day-to-day lives and expressing themselves for the first time freely and in the open. Self-portraits and nudity were common and that would frequently draw criticism over the real motivations of these photographers. 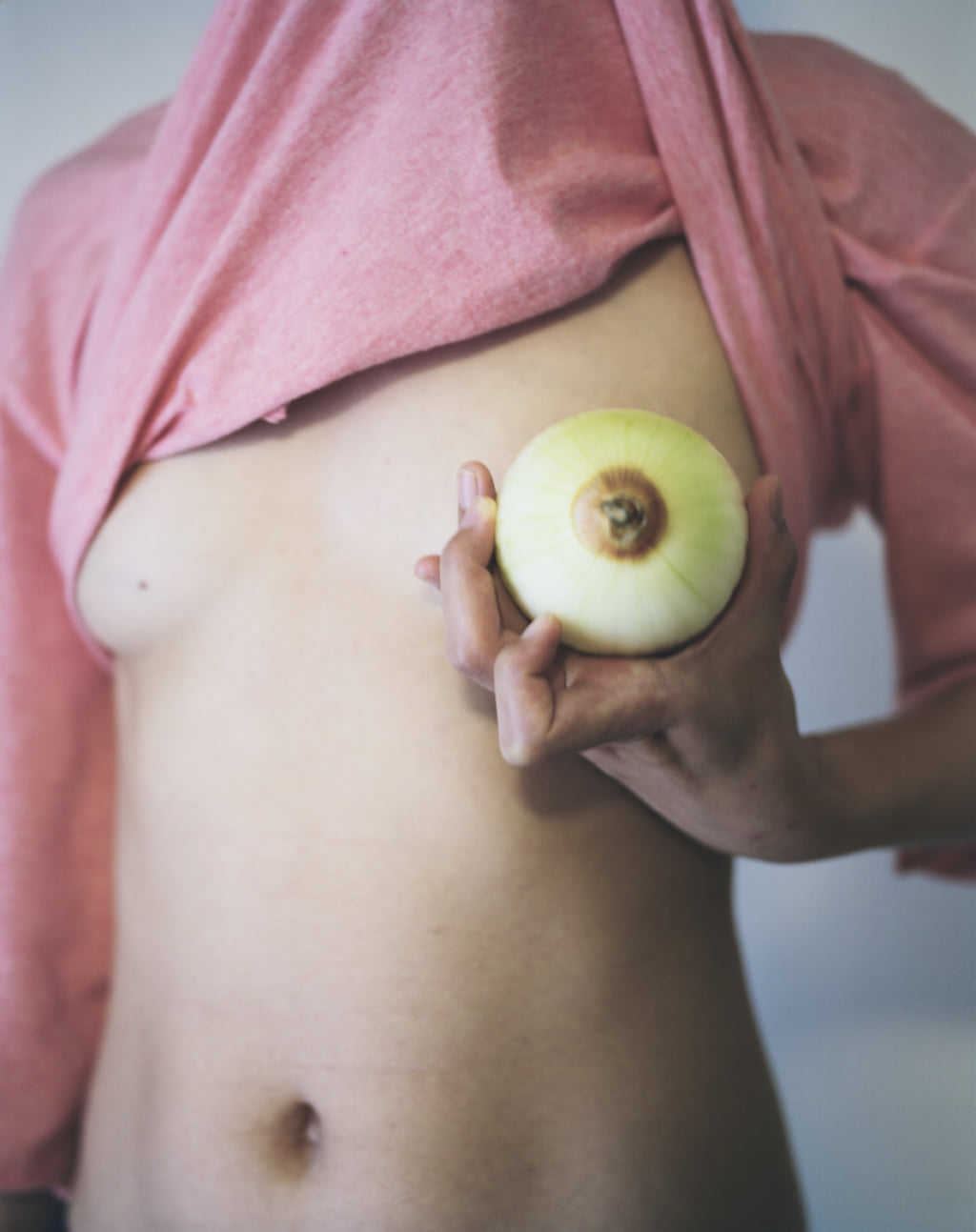 When asked about the series, Nagashima explains that it was not meant to be about her family, but a family, any family. The artist wanted to start a dialogue about the concept of family itself as the smallest political unit. The family as a reflection of the dynamics that move our society. This quest to explain in images the concept of family, which started with her in the role of daughter and sister, has naturally evolved over time as she has adopted new roles —mother, wife and daughter-in-law. 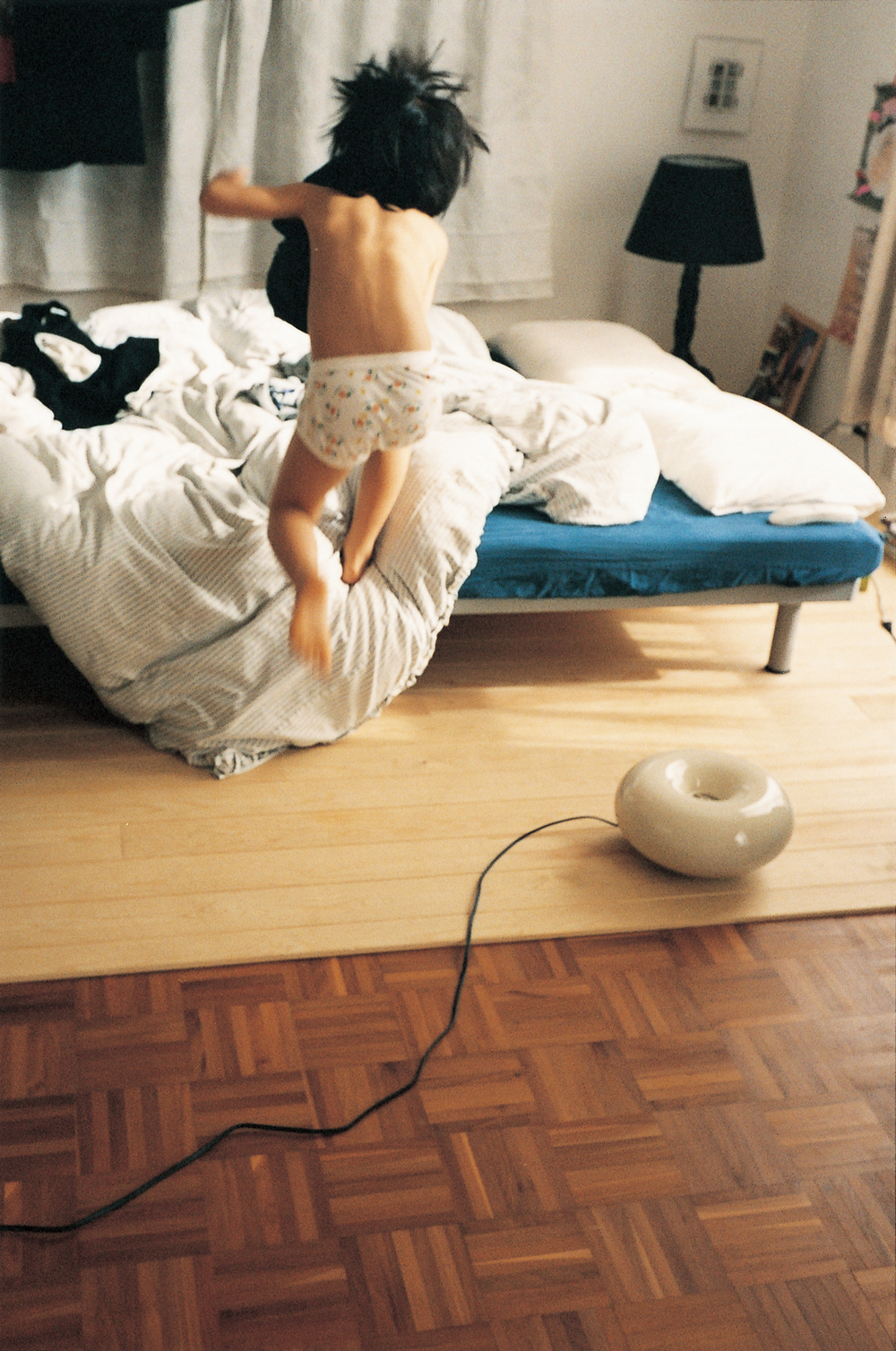 The attitude of the artist towards the act of photography itself has also changed. Less bold than before, she now accepts that there are moments that she needs to let pass by without the sound of the shutter. But even though the tone of her voice has changed as she has grown up and deepened her knowledge of feminism through her studies in Sociology, the message is still clear. For one of her latest installations, the artist sewed with her mother a tent made up of her family’s old clothes, further shedding light on the concepts of family and home that have always been at the core of her work. 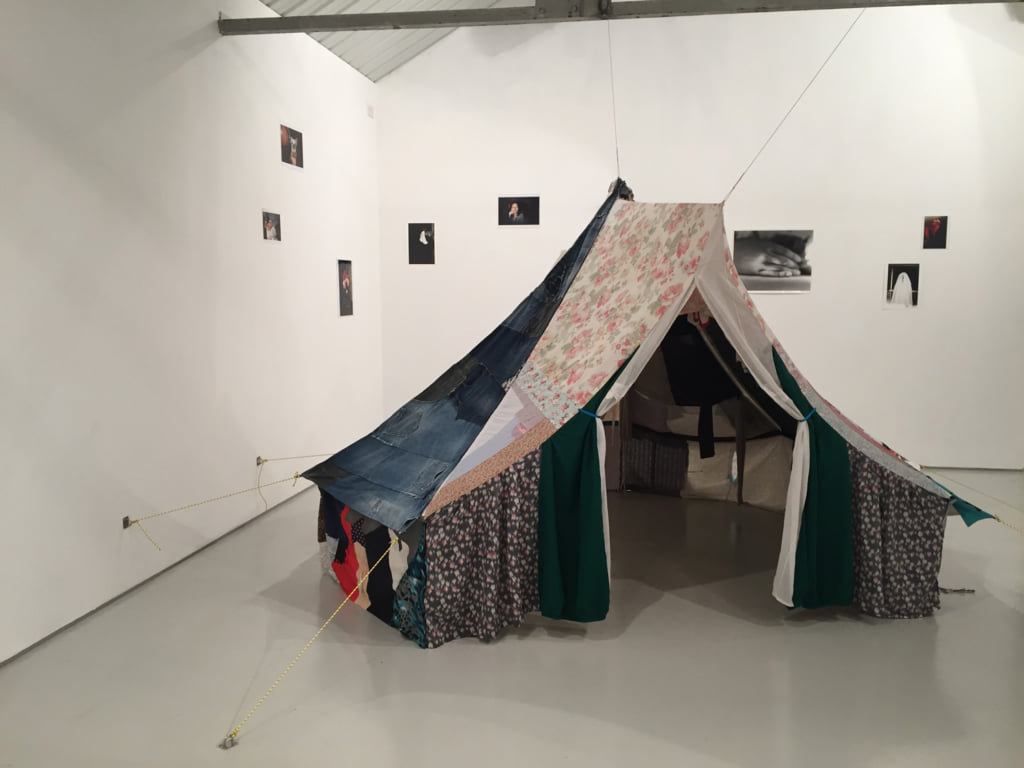 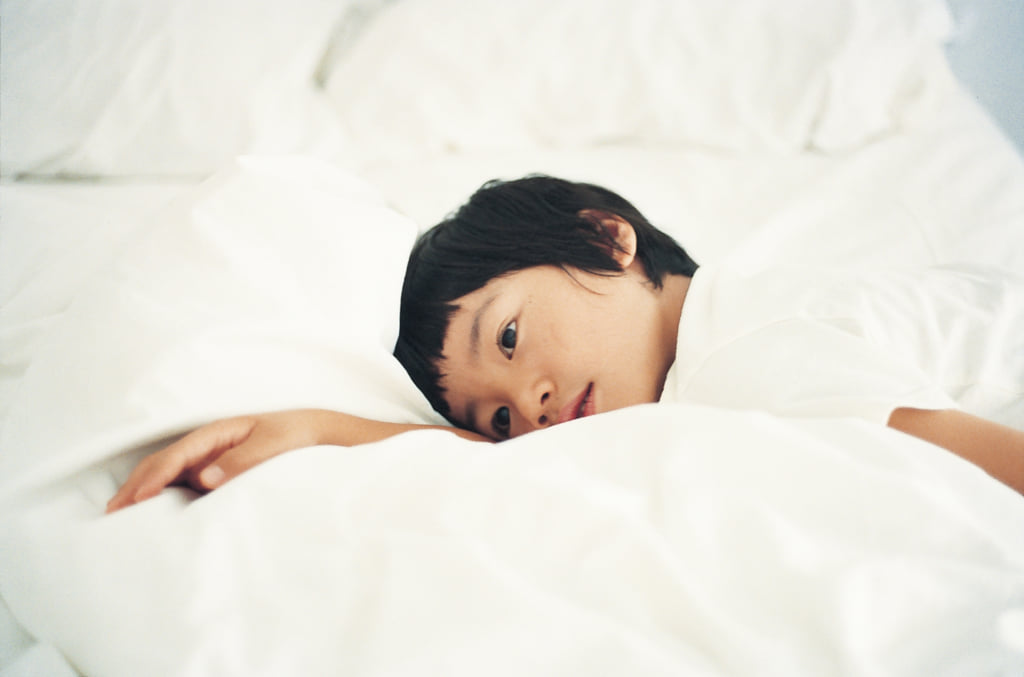 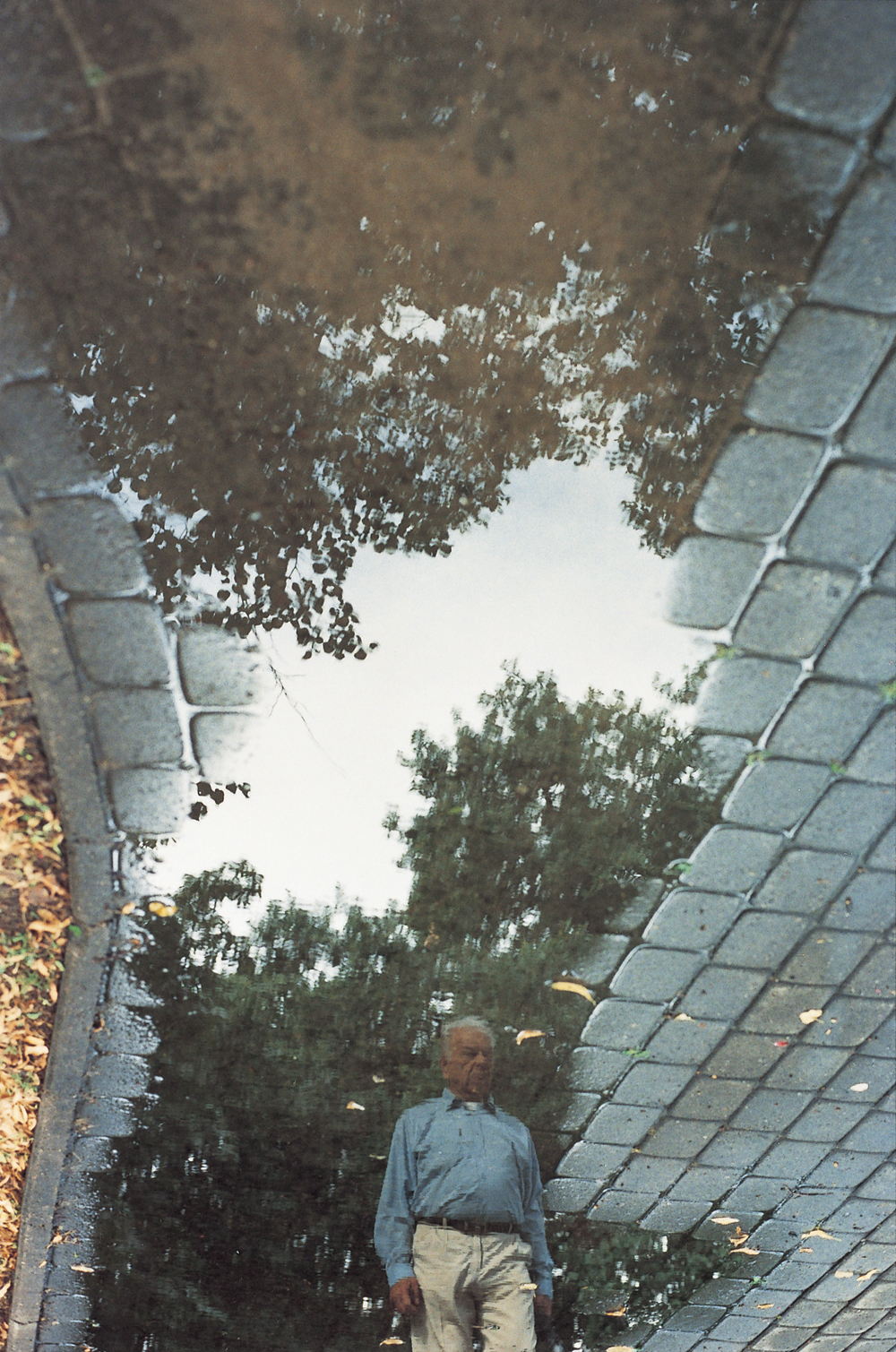 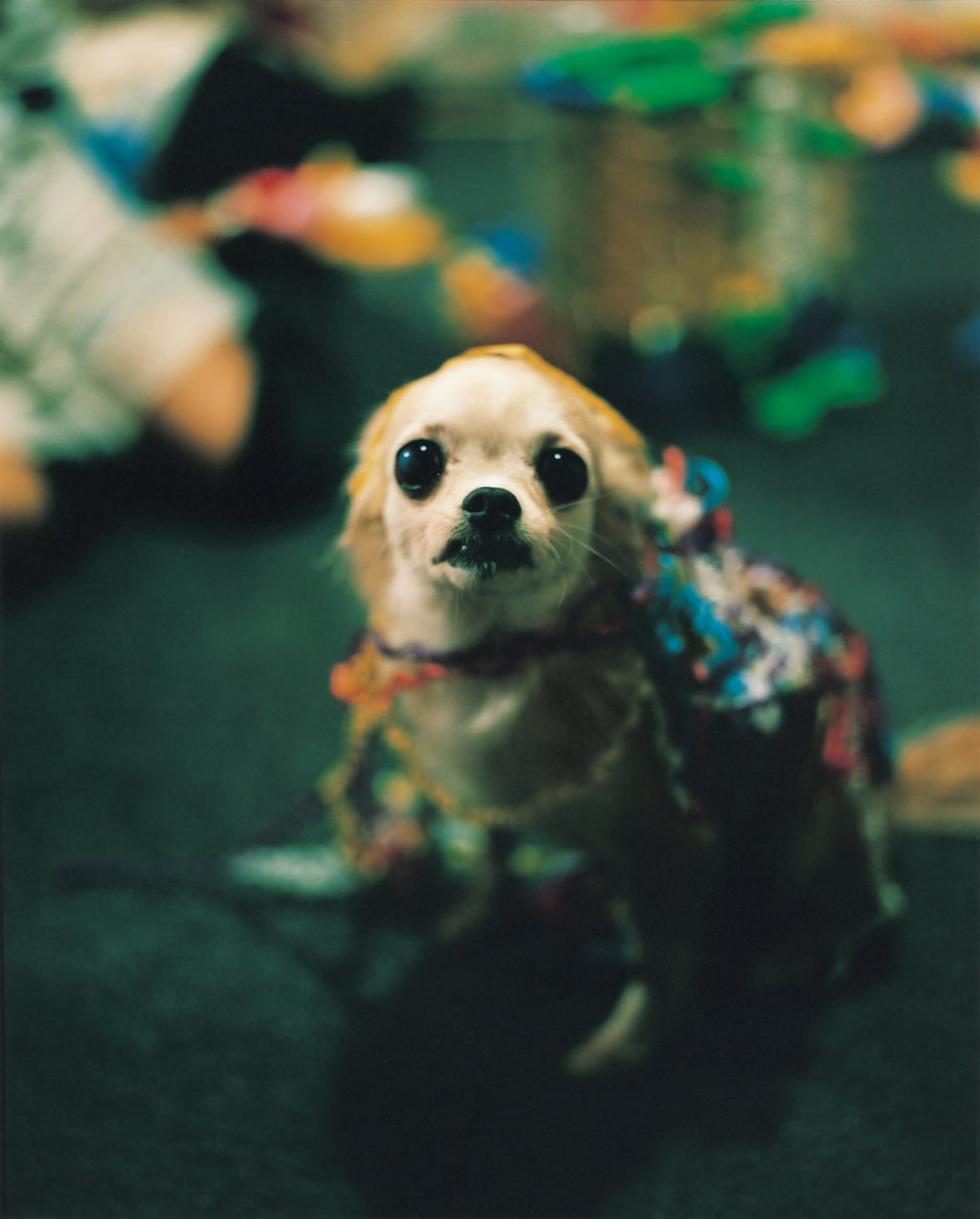 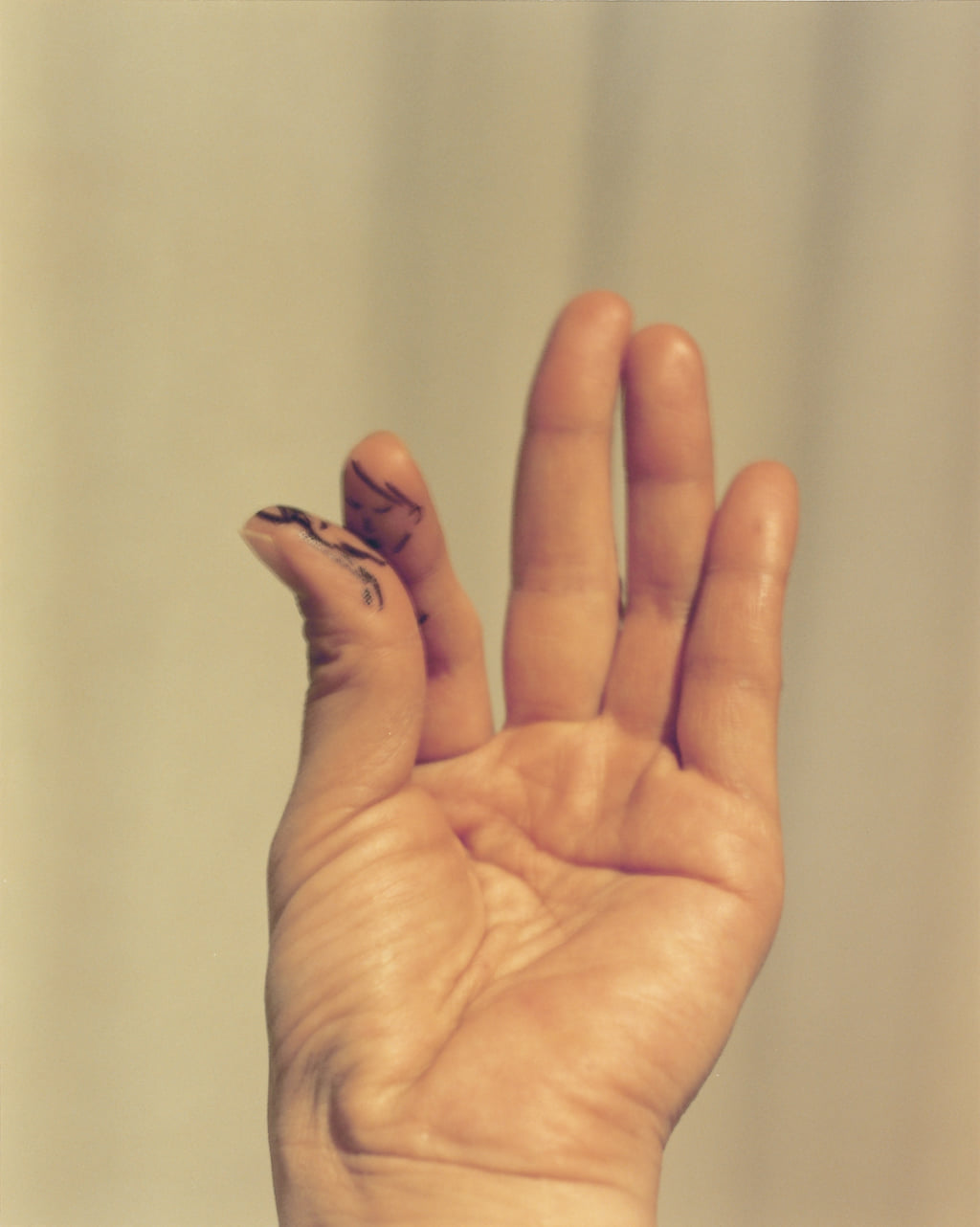