Inspired by a true story, Yuki Inoue's book offers an intimate insight into the life of these ladies-in-waiting in the early 20th century. 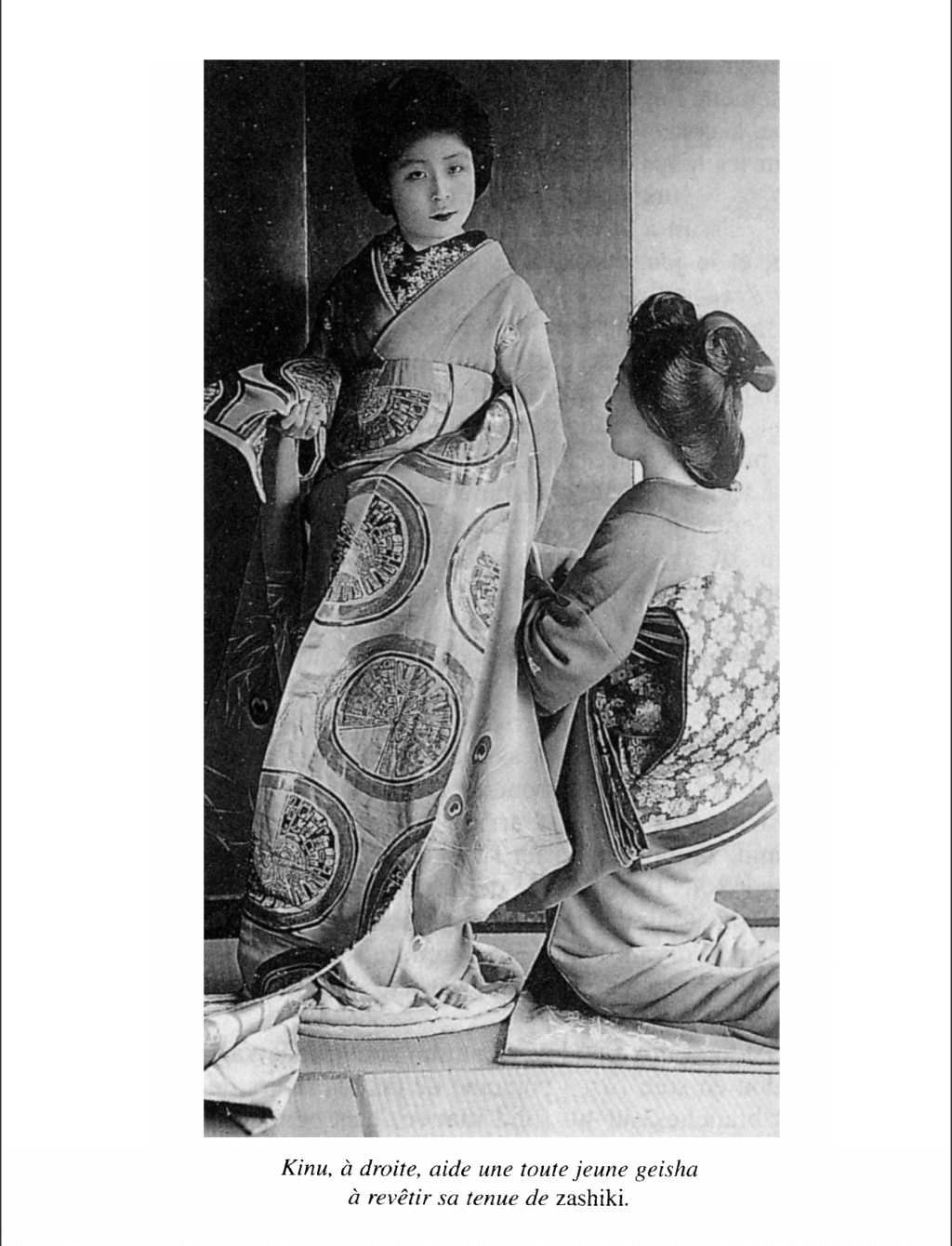 Not to be confused with the film of the same name adapted from the book Geisha by Arthur Golden, the book by the Japanese author entitled Mémoires d’une geisha (‘Memoirs of a Geisha’) (1980) is an enlightening testimony that retraces the story of Kinu Yamaguchi. Sold to an okiya (geisha house) at the age of eight, she learnt the difficult trade of a ‘person of art’ before becoming an okasan (mother who looks after her residents).

A graduate of the literature department at Kanazawa Women’s College, Yuki Inoue received an honourable mention for the Oya Soichi Prize for her book in 1981, and it was treated like a valuable documentary. Reinforced by photographs, an abundance of details and original terms, the moving story modestly demonstrates the unenviable condition in which women lived at the time.

A life of sacrifice and courage

Far from the fantasised image harboured by Westerners, the author sheds light on the mysterious world of geishas with all its conventions and traditions. Between the ceremonies and games, the reader becomes aware of the reality. ‘The play was long, but the young woman could barely eat a thing: a geisha did not have the right to do so in front of a client.’ Punishments, physical exercises, sexual initiation… Some passages are harrowing.

Treated like slaves, these apprentices have to pay a debt before they can be entitled to a life of freedom. ‘And above all, do not read books. If you become knowledgeable, you will never be able to find a protector.’ Thanks to numerous sacrifices and a great deal of courage, Kinu Yamaguchi has become a popular figure and managed to lead a life without hardship. The heroine’s words are overflowing with nostalgia and gratitude, which sweetens the bitter tale a little.

In addition to being a source of knowledge regarding the closed universe of geishas and their place in society, Yuki Inoue’s book tells the story of the common people in Japan. For example, to provide for the family, Kinu Yamaguchi’s parents are forced to sell her. ‘It will help you, they said, you will have one less mouth to feed and you can earn some extra income.’

Subsequently, the protagonist lived through several eras. From the end of the Meiji era (1868-1912) to the post-Second World War period (1939-1945), the tale unfolds against a backdrop formed by a historic painting of Japan and its transformations.

Mémoires d’une geisha (‘Memoirs of a Geisha’) (1980), a book by Yuki Inoue published by Éditions Picquier (not currently available in English). 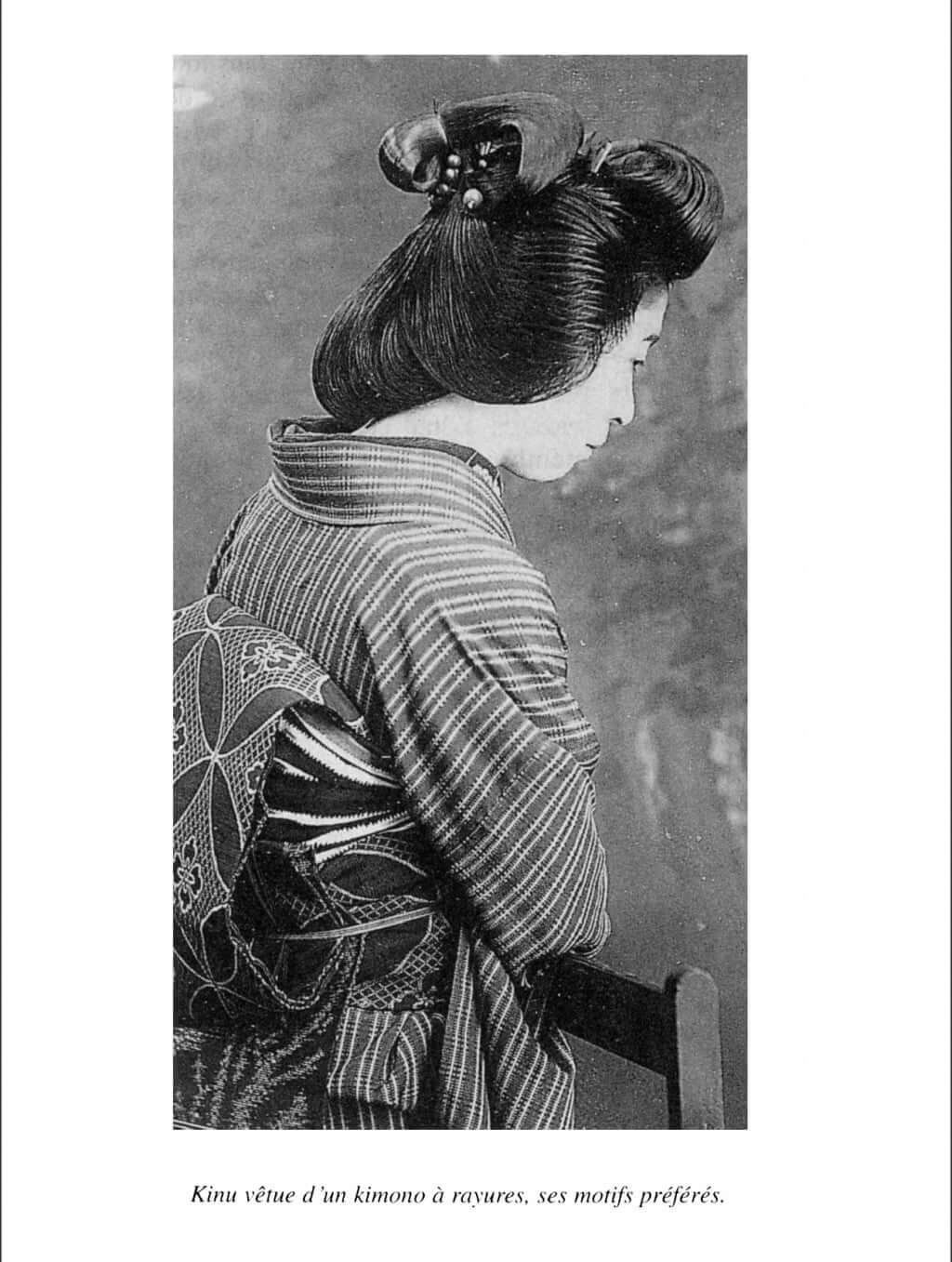 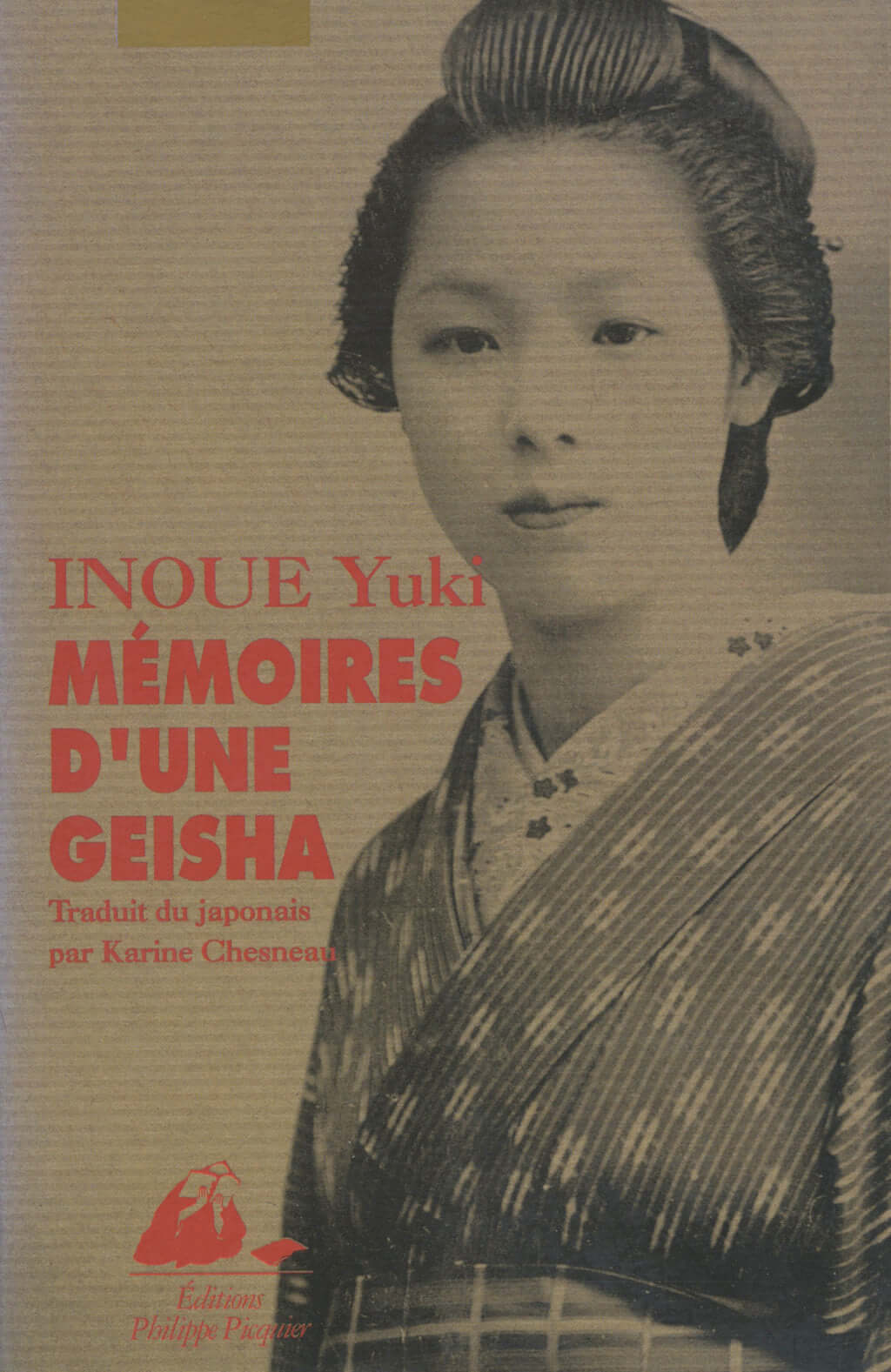