Kyushu on the Table: Pairing Kyushu Specialties with French Cuisine #04

Kyushu’s Oita Prefecture is famous for its bamboo—specifically Japanese timber bamboo (Phyllostachys bambusoides)—which is known for its flexibility, colour, and luster. This species of bamboo also grows in Kyoto, but the Oita Prefecture’s Beppu variety has a reputation for being softer. 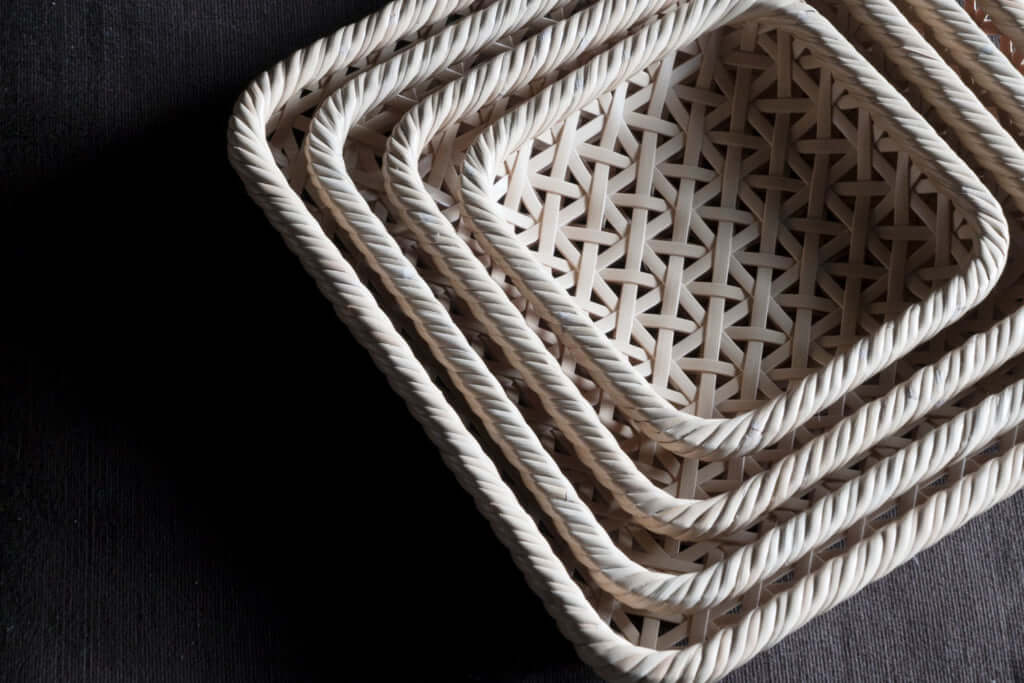 The stacking square baskets are for storage.

Shigeomi Ohashi runs a bamboo atelier in Beppu. His work supplies offices and homes with lights and accessories. ‘Other areas craft bamboo, but those of us in Beppu use a weaving process. Many weaving techniques come from here’, says Ohashi. 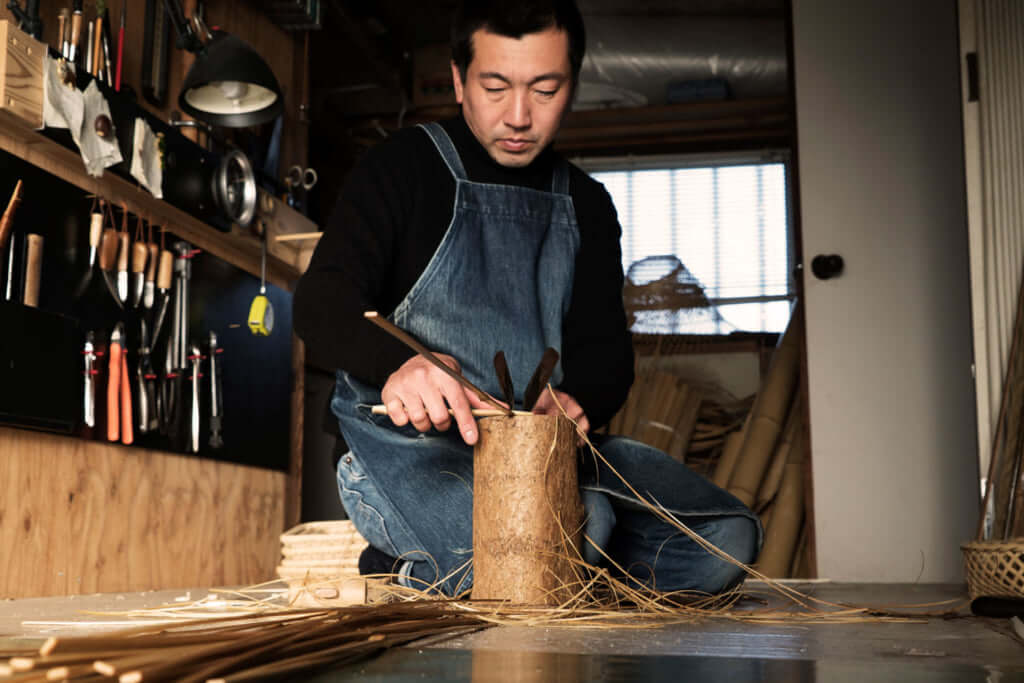 Shigeomi Ohashi, a bamboo craftsman, is staging a bamboo revolution.

Bamboo is considered uniquely Asian, but it’s also used in Western cuisine culture. It absorbs water well, so bamboo baskets are great for fresh bread as they absorb excess moisture. Ohashi tells us that westerners often use bamboo bread baskets, but they can’t be mass produced. They must be crafted by hand—and they are often custom made. However, a Beppu bamboo basket will last a lifetime. 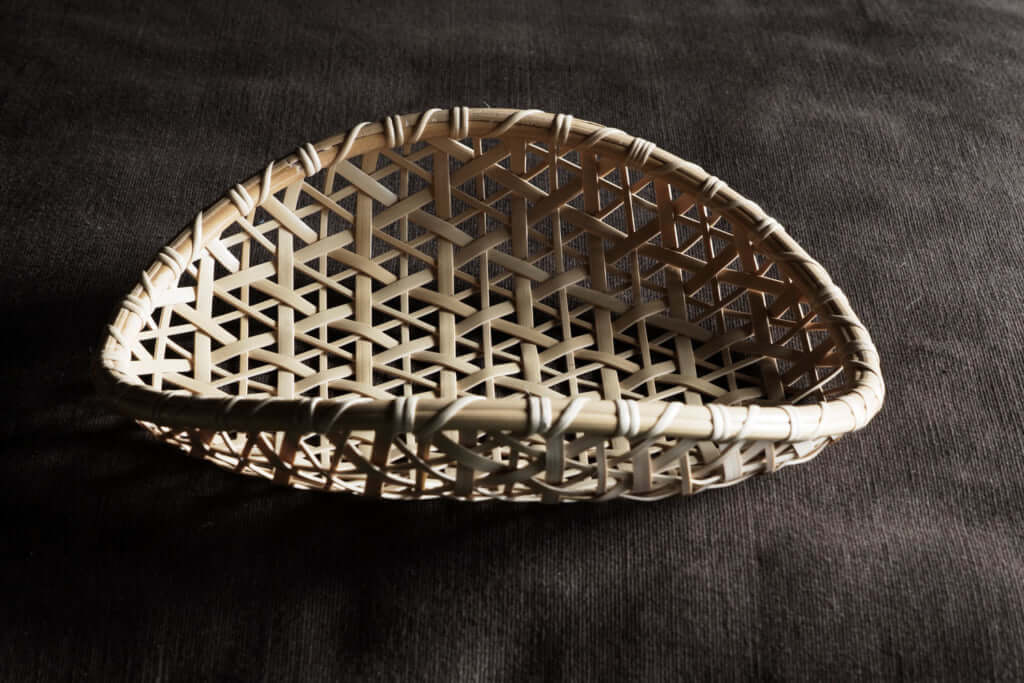 The oval bamboo basket is well suited for bread.