These buckwheat noodles in a light broth bring out the flavour of the ‘enoki’, ‘shimeji’ and other Japanese mushrooms. 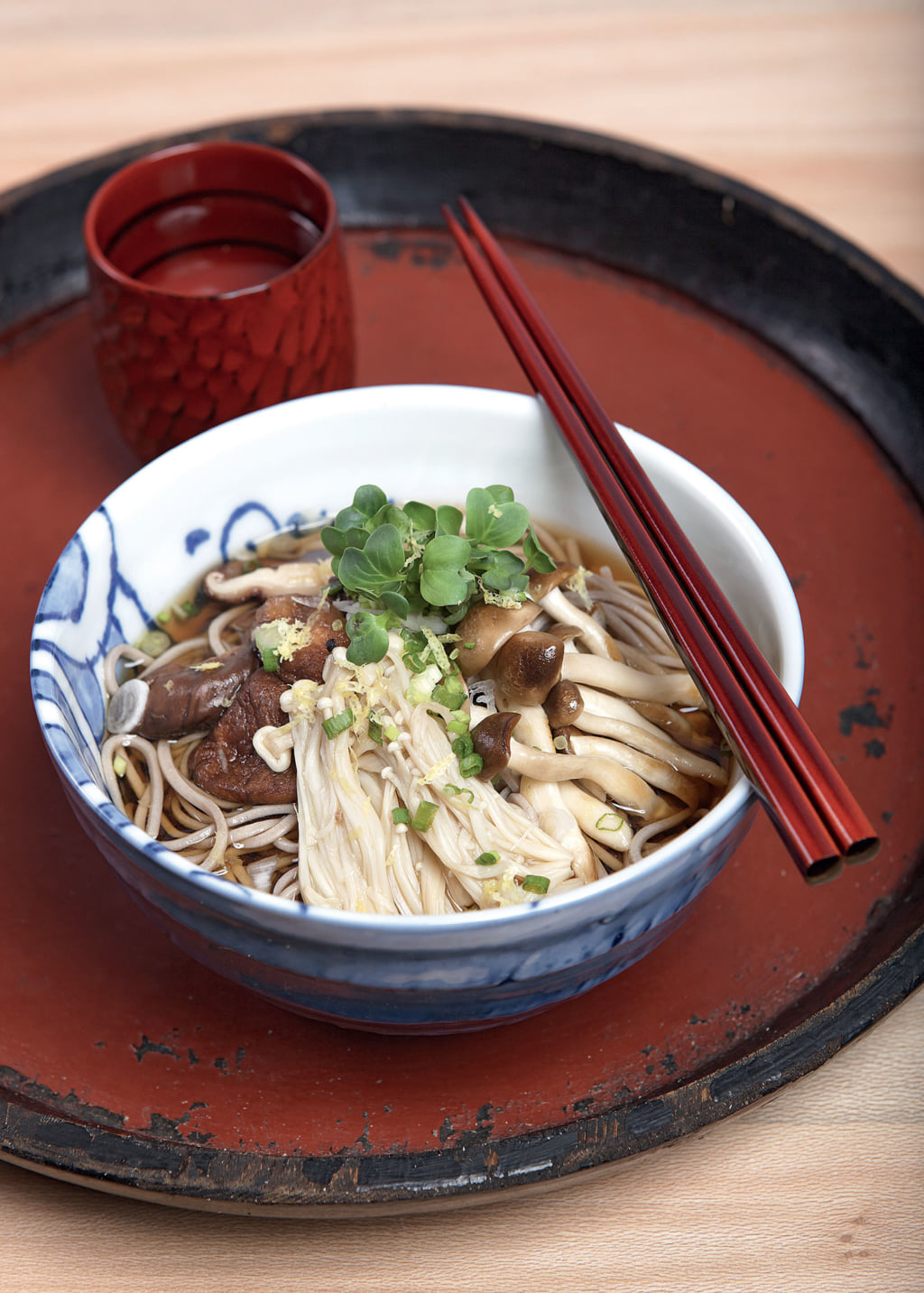 Soba noodles are an integral part of popular Japanese cuisine. These buckwheat noodles can be eaten cold and are known as zaru soba in this form, or hot. A symbol of long life, they are traditionally eaten on New Year’s Eve or during a move. In her book Le grand livre de la cuisine japonaise (‘The Big Book of Japanese Cuisine’), Laure Kié shares a recipe for hot soba soup, accompanied by a variety of Japanese mushrooms.

As it is not always easy to find all the varieties of mushrooms used here in  shops, Laure Kié provides their French equivalents. Thus, shimeji can be replaced by oyster mushrooms, and enoki by button mushrooms.

The chef shares a tip in the introduction to her recipe: adding a few drops of mirin, a rice alcohol reserved for cooking, to the vegetables or in any stock, will sweeten the dish.

Salt and pepper from a mill

Wash the mushrooms and remove the stem of each one. Cut the shiitake in half.

Heat the sesame oil in a pan over a high heat, then sauté the mushrooms every 2 minutes. Season with salt and pepper. Set aside.

Make the broth. In a pan, bring the mirin and the sake to the boil to allow the alcohol to evaporate, then pour in the soy sauce. Bring to the boil again, then lower the heat and reduce the sauce by half.

Pour the dashi broth into the pan and bring to the boil once more. Add the yuzu zest and turn off the heat.

Cook the noodles in a saucepan of boiling water following the instructions on the packet – for 4 or 5 minutes.

Drain the noodles and divide into 4 large bowls.

Pour the hot broth over them, then garnish with mushrooms. Add the daikon shoots and sprinkle with spring onion. 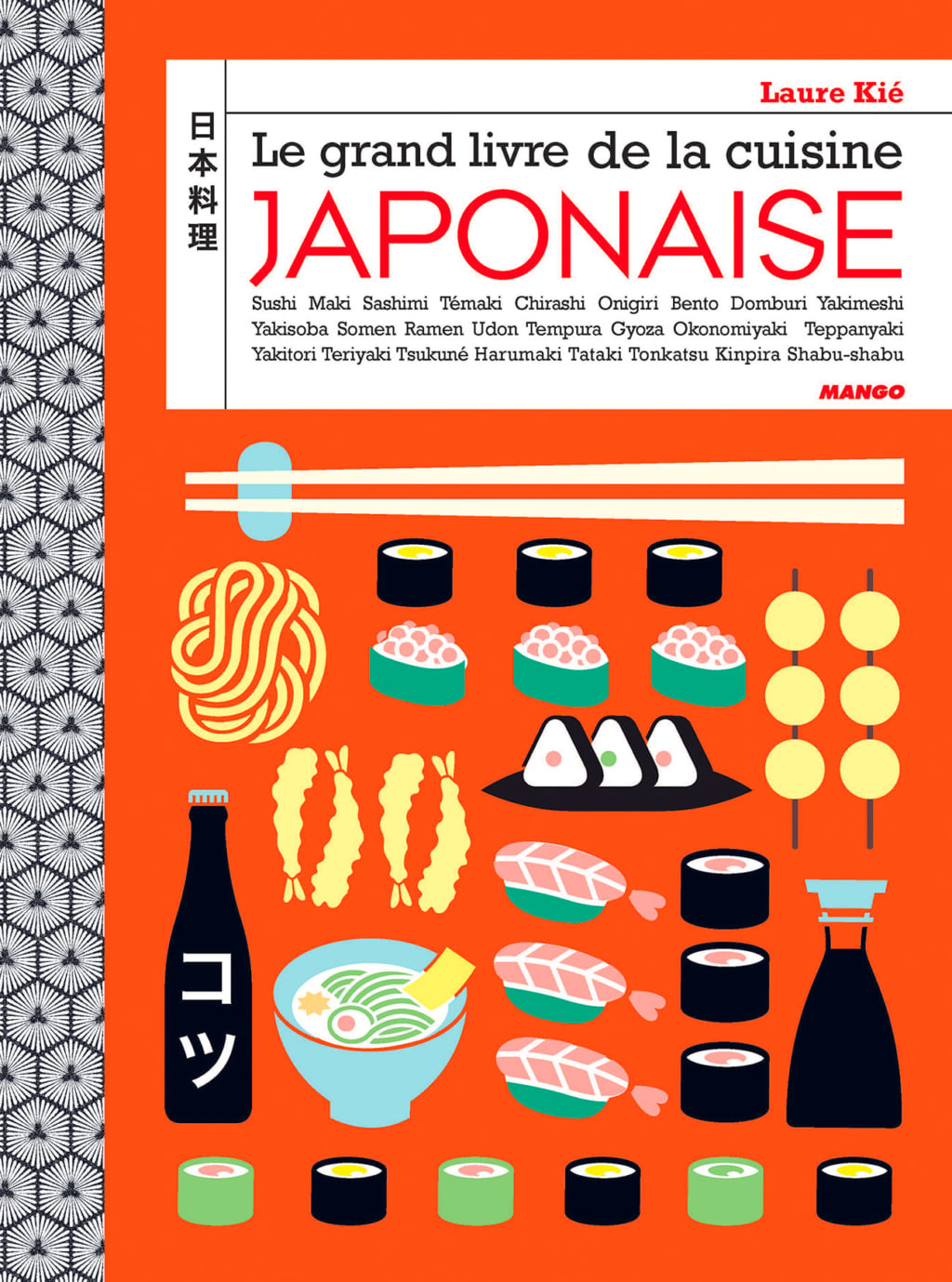