This restaurant, run by Japanese chef Keisuke Harada, is located on the Oaxaca coast, in the heart of the Casa Wabi Foundation. 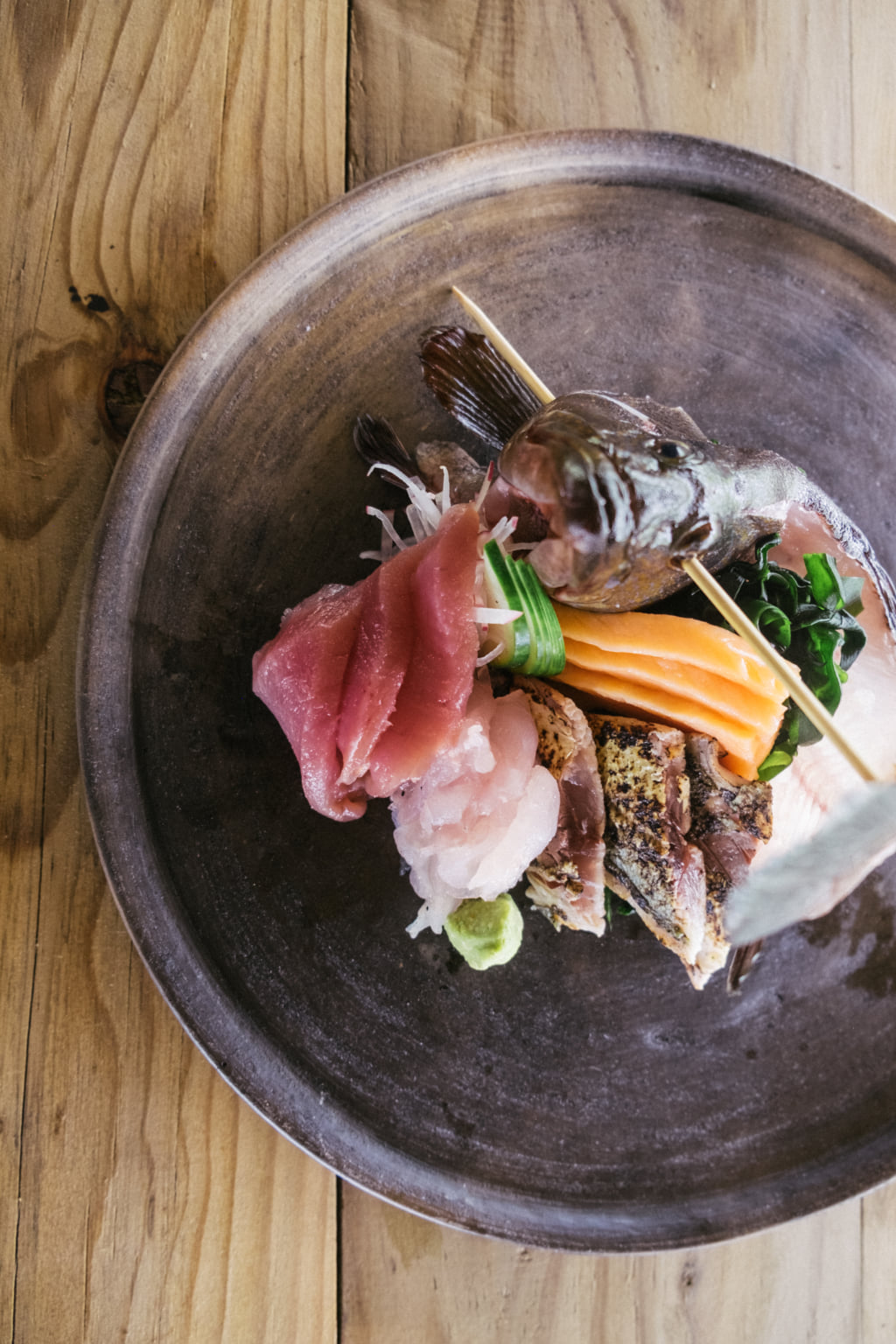 With its twelve seats, pared-down décor, and architecture that draws on various influences, Kakurega Omakase, a Japanese restaurant found in Hotel Escondido, seeks to act as a culinary bridge between Mexico and Japan. Since its opening on 1st August 2020, Kakurega Omakase has been showcasing cuisine with flavours reflecting those of the two countries, driven by the talent of chef Keisuke Harada who previously worked in Mexico. The plates, made from Japanese porcelain, serve delicate dishes devised by the chef who offers an omakase menu, which literally translates as ‘I leave it to you’, granting the chef total freedom to surprise his diners.

Sesame asparagus, vegetable tempura, sashimi… The fresh ingredients are sourced from local farmers and fishermen and selected by the chef on a daily basis, ensuring that the dishes are in season. Keisuke Harada also offers a selection of sake and Japanese whisky to complement the majority of his dishes.

A complete experience from the plate to the architecture

The blend of cultures is also significant in the architecture of the premises. Designed by Alberto Kalach and Adolpho Romero at TAX Architects, it features brick made from local clay and concrete, a material held dear by Japanese brutalist architects. Another borrowing from Japanese culture can be seen in the fact that the framework and beams of the restaurant have been treated using the technique known as shou sugi ban, ‘burnt wood’ in Japanese, which gives them their ebony colour. The entirety is covered by a palapa, a traditional thatched roof found along the Oaxaca coast in Mexico.

Kakurega Omakase, and more generally Hotel Escondido—with a semantic allusion in the choice of name for the establishment, given that Kakurega is Japanese for ‘hideout’ and Escondido is Spanish for ‘hidden’—are in keeping with the desire of the Casa Wabi foundation, created by artist Bosco Sodi and built by Tadao Ando, to bring Mexican and Japanese culture together. 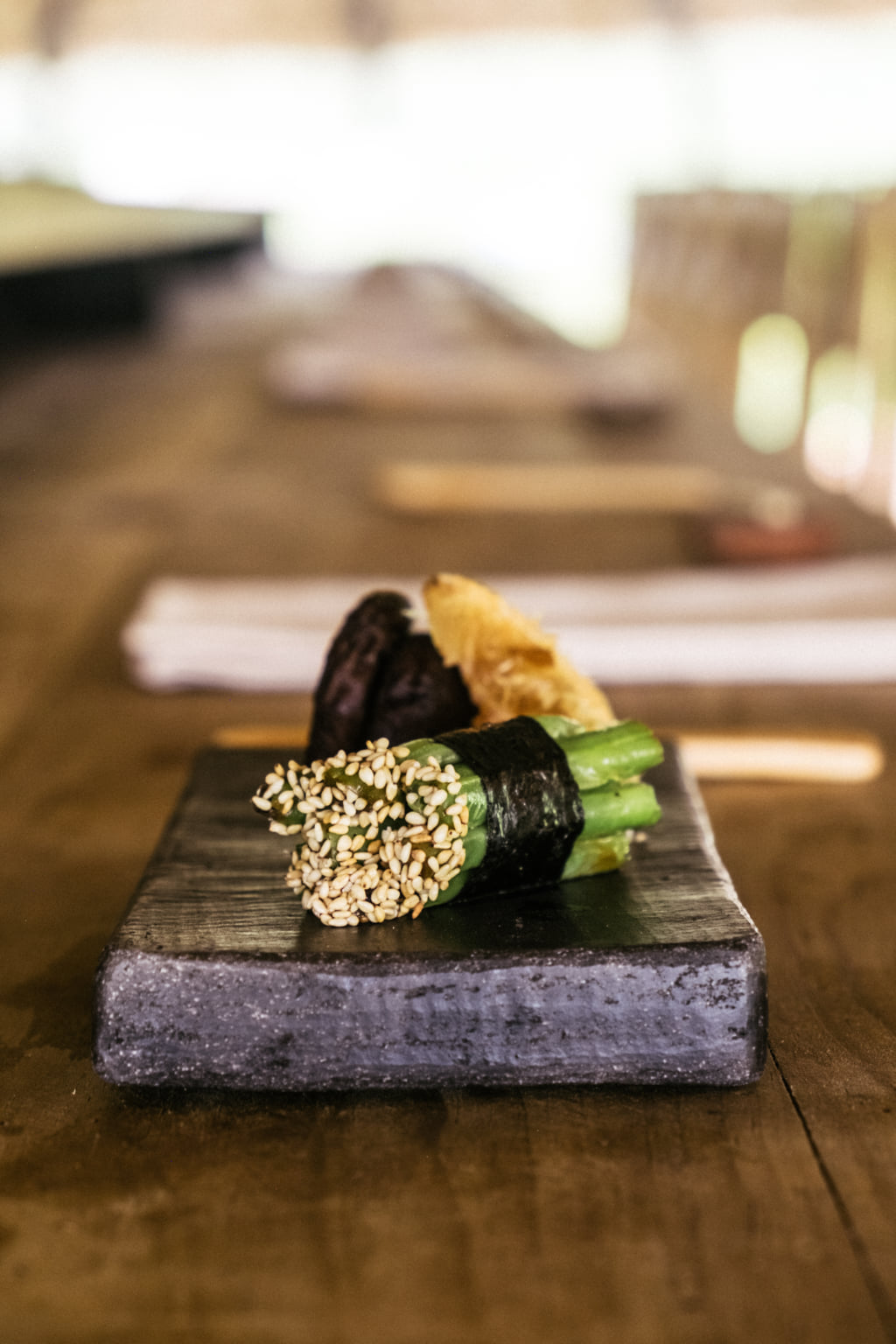 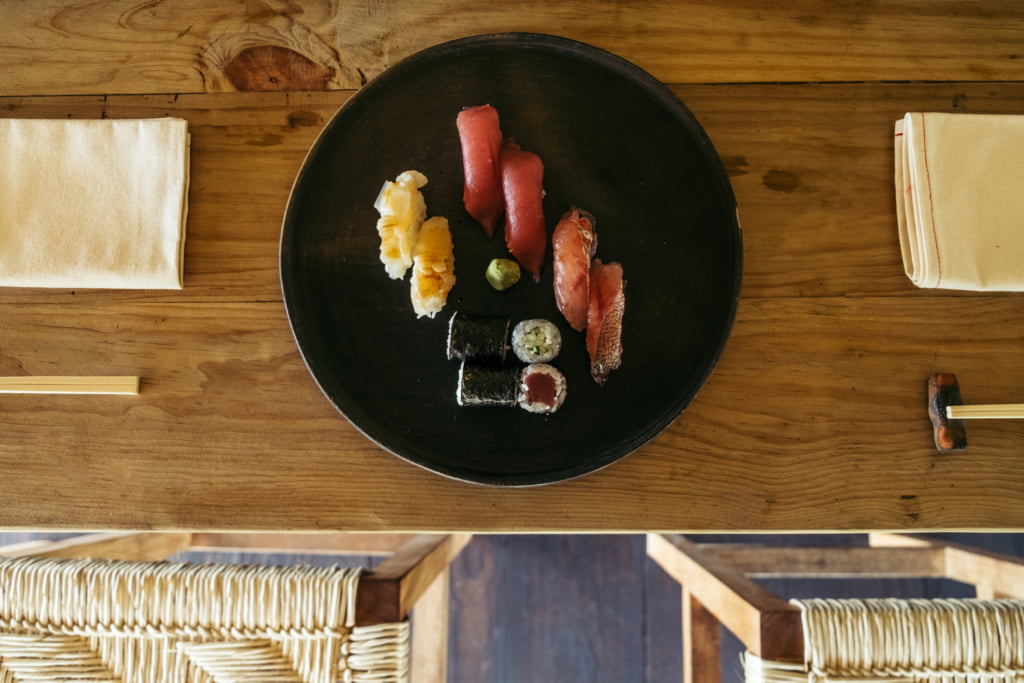 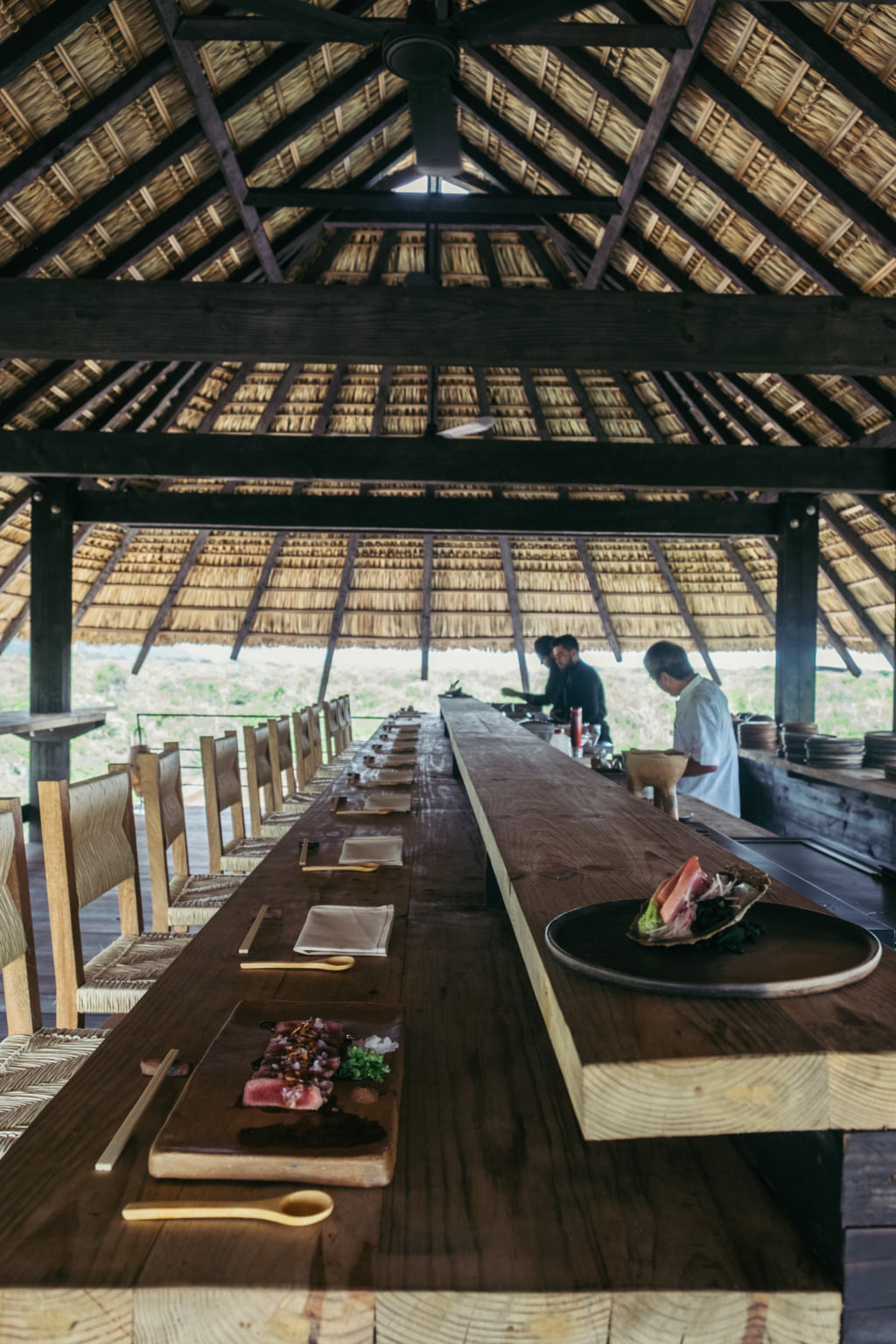 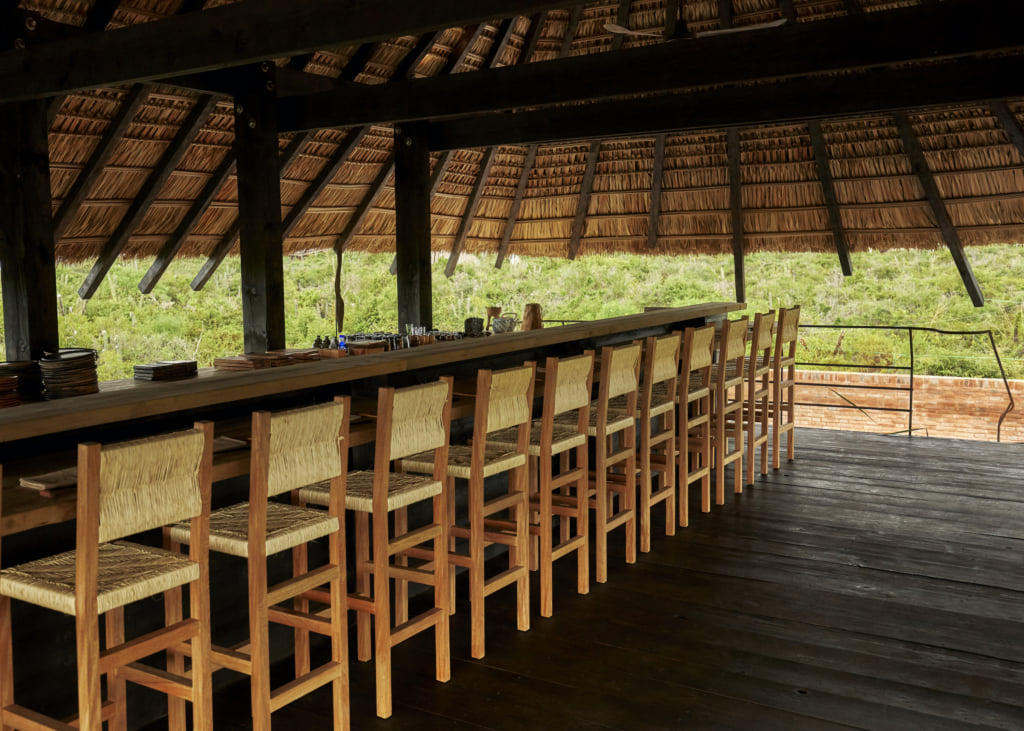 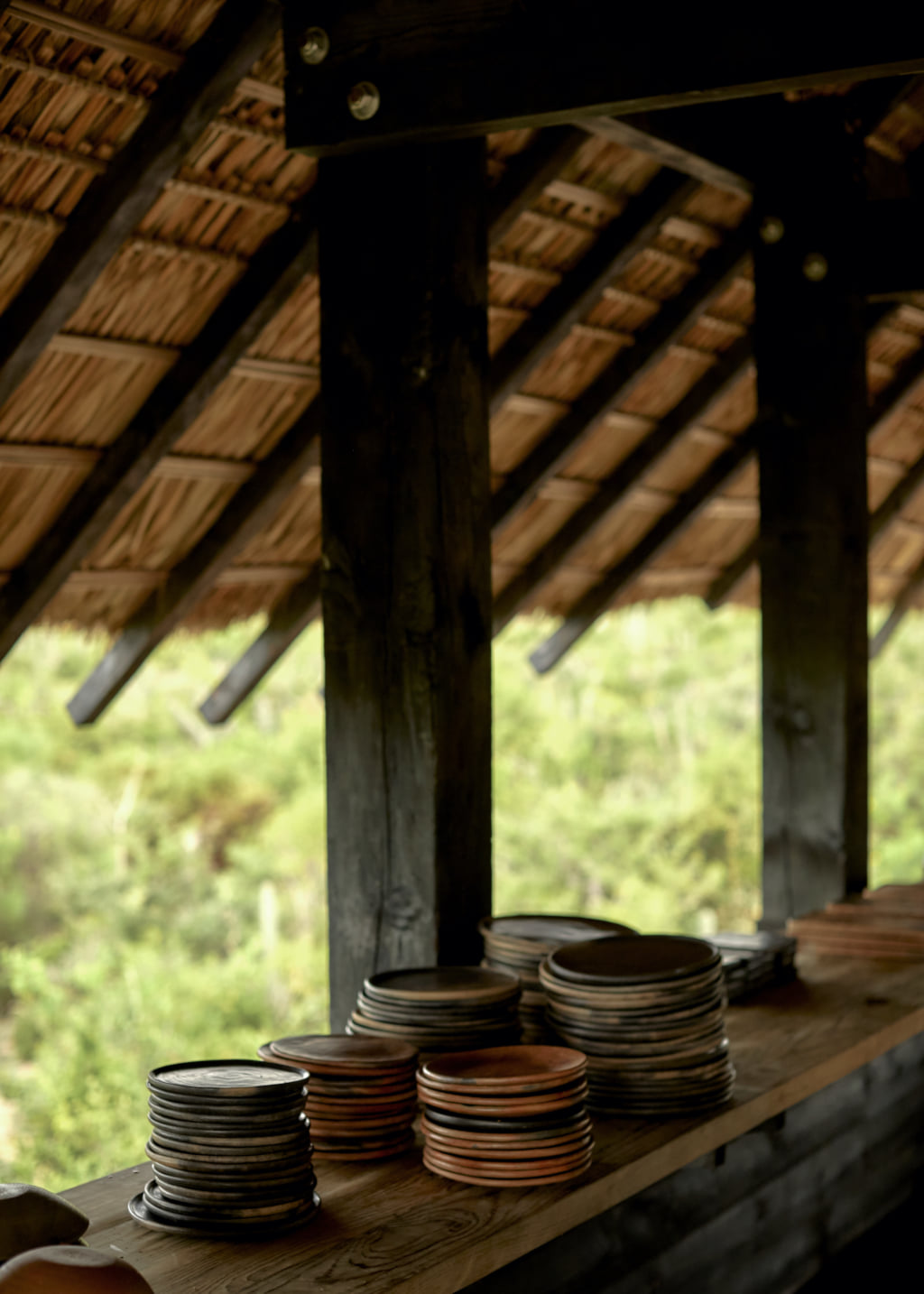 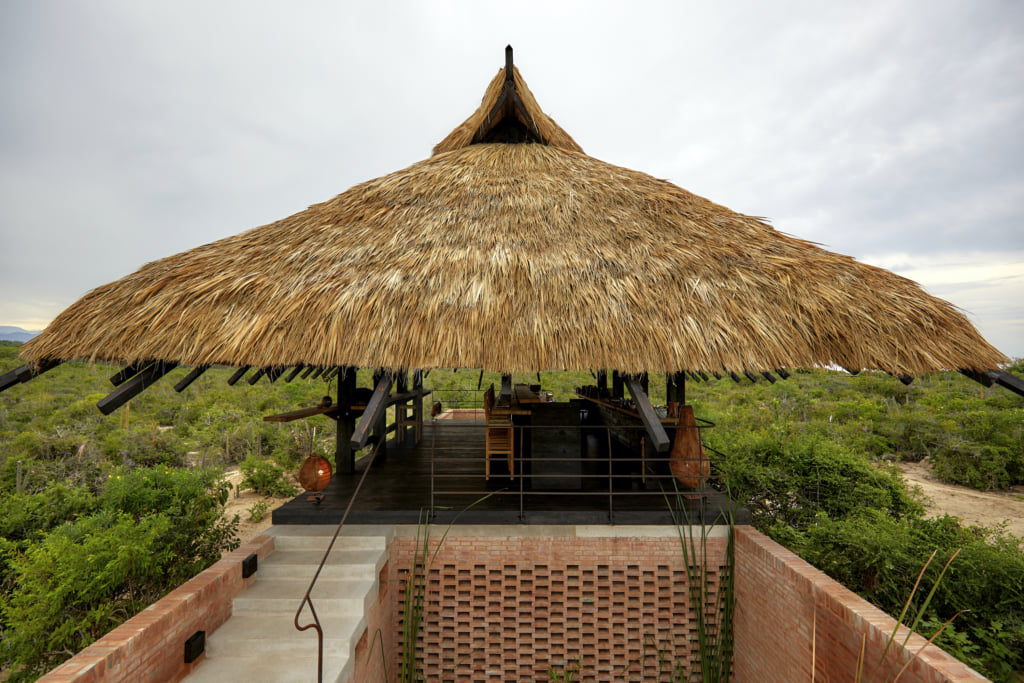 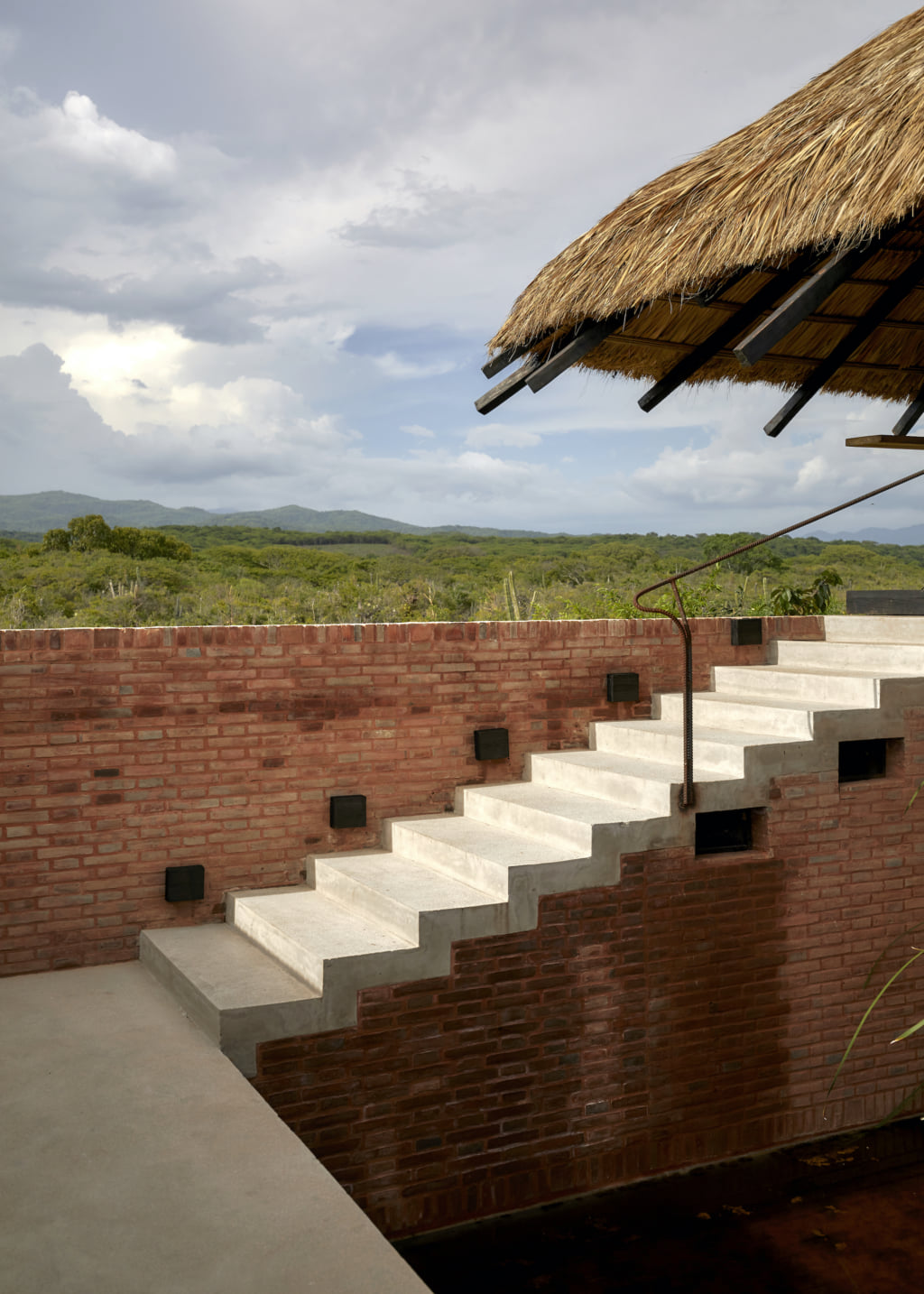 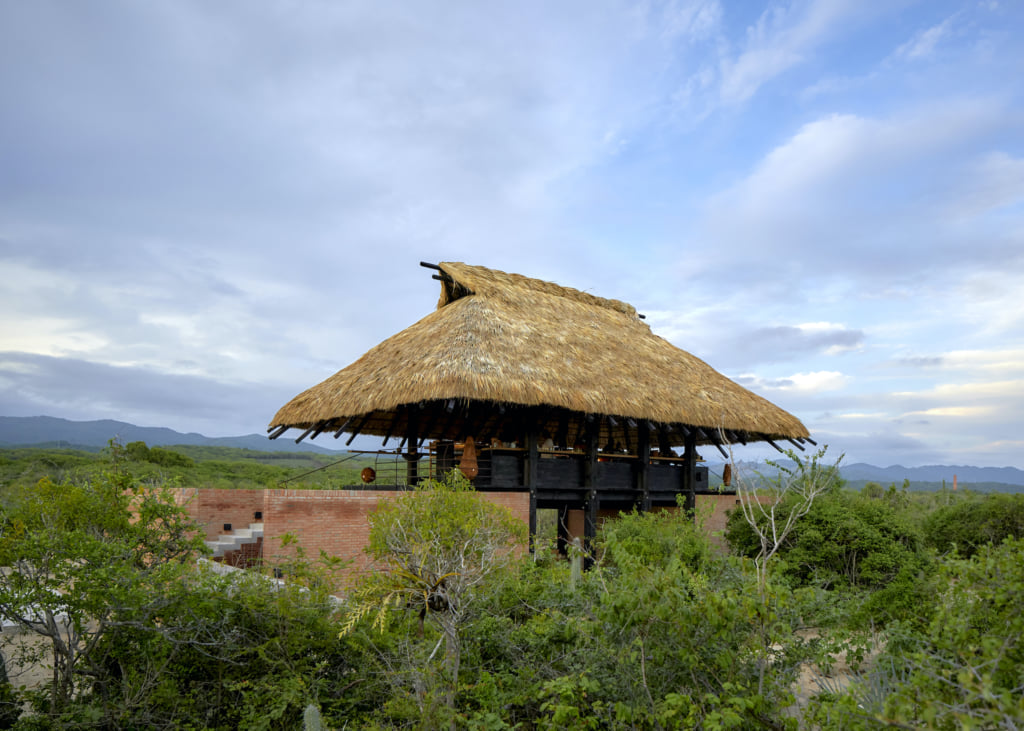 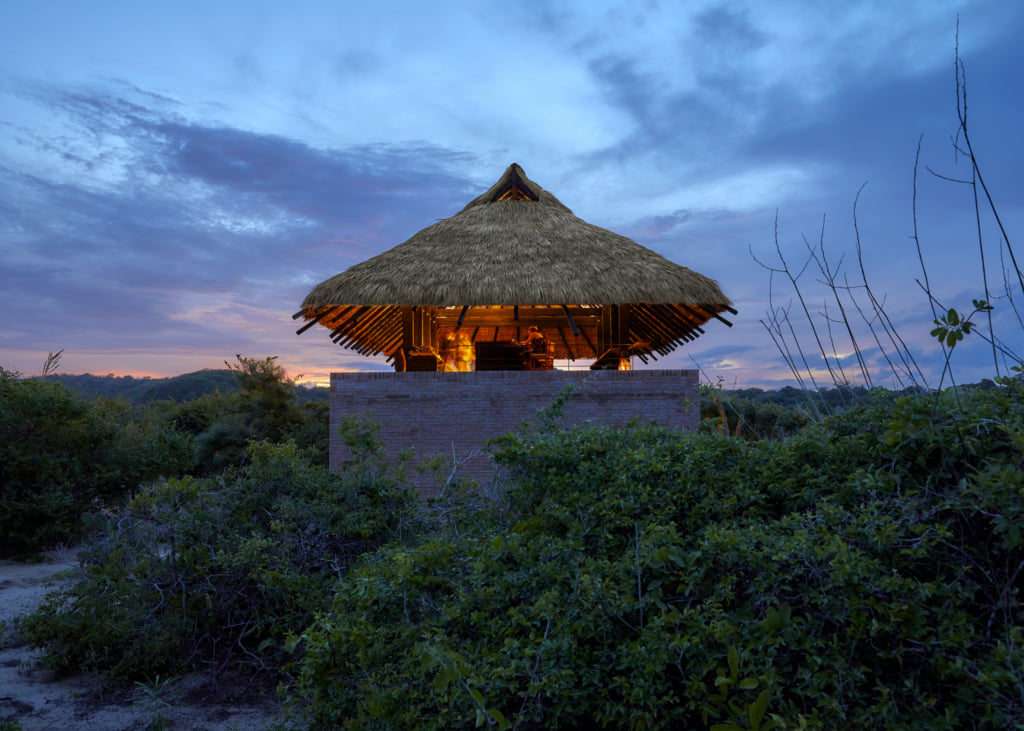 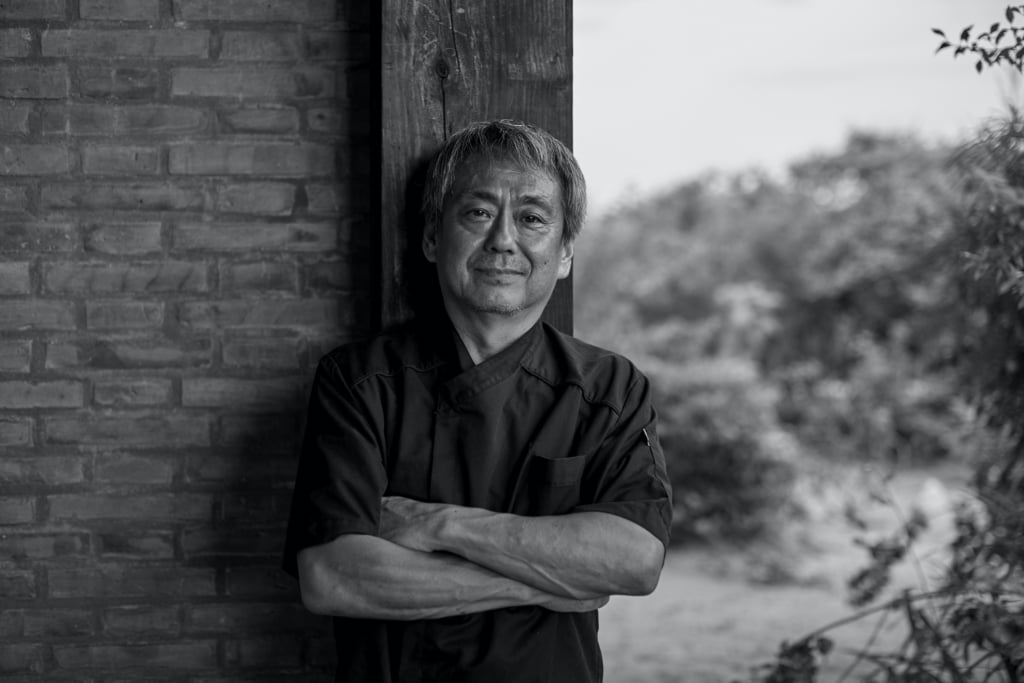