A quintessential street food item, this sandwich is appealing in terms of both its flavour and its careful, almost fastidious presentation. 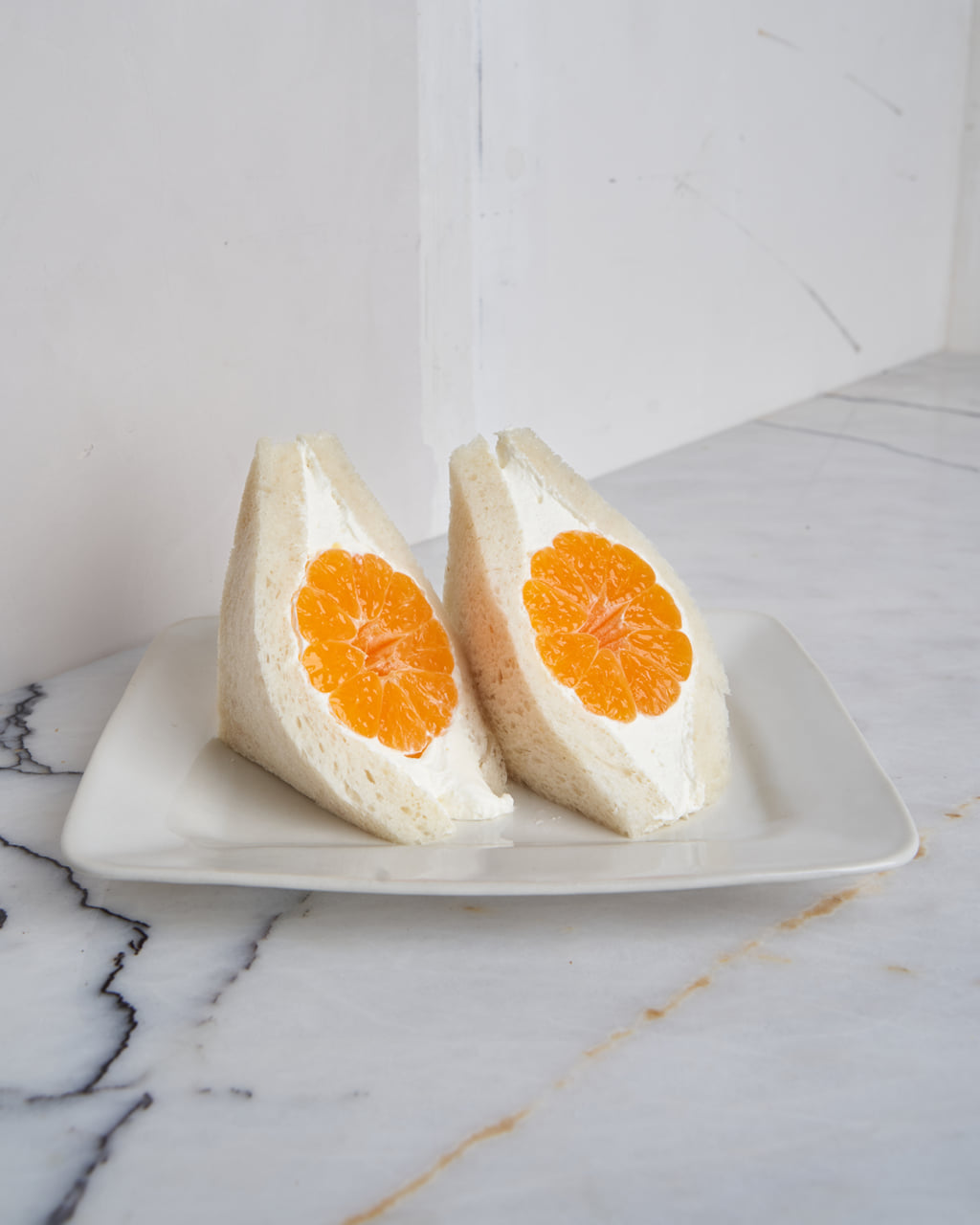 It’s everywhere. This sandwich, made from sliced white bread and filled with sweet or savoury ingredients, is a staple item found in Japanese konbini. However, although the sando now conveys a Japanese fantasy far beyond the country’s borders, its history is closely linked to the Western presence, particularly Portuguese and Dutch, on Japanese soil.

In the 16th century, a large number of boats from these two European countries berthed in Japanese ports. This is how bread, or pan in Japanese —a derivative of pao, its Portuguese translation— arrived in the country. Very soon, however, protectionist Japan shied away from overseas countries and closed its borders. It was not until the 19th century and the Meiji restoration (1868-1912) that consumption of bread began to increase.

Then, Yasubei Kimura created anpan, a type of bread made from rice and filled with sweet red bean paste. However, it was at the end of the Second World War, when the American army occupied part of Japan, that mass-produced sliced white bread started to be made in Japan, made from wheat and imported powdered milk.

Thus, the Japanese reinterpreted the Western concept of sandwiches made from sliced white bread, according to the precepts of yoshoku, Japanese recipes inspired by Western culture. The sando, made from shokupan, a spongy white sliced bread, is filled with breaded pork and a tonkatsu sauce for the katsu sando.

Another key example is the tamago sando, a sandwich containing egg and Japanese mayonnaise with its famous umami flavour. The sando is also available with sweet fillings. Between the two slices of bread, seasonal fruits cut lengthwise are placed delicately on a swirl of whipped cream: orange, kiwi, banana, strawberry… there are multiple possibilities. Whether sweet or savoury, all sando have one thing in common: their meticulous presentation, perfectly geometric, which makes them like little tasty gems both to eat and admire.

Sando, a key food item in Japan, are now causing a sensation overseas, especially in France. Diners can enjoy them at Benchy Paris, where the options include a pastrami version, or at Onii-San which offers a wagyu beef version. Those wishing to make their own sando can head to Carré Pain de Mie, a bakery that specialises in shokupan. 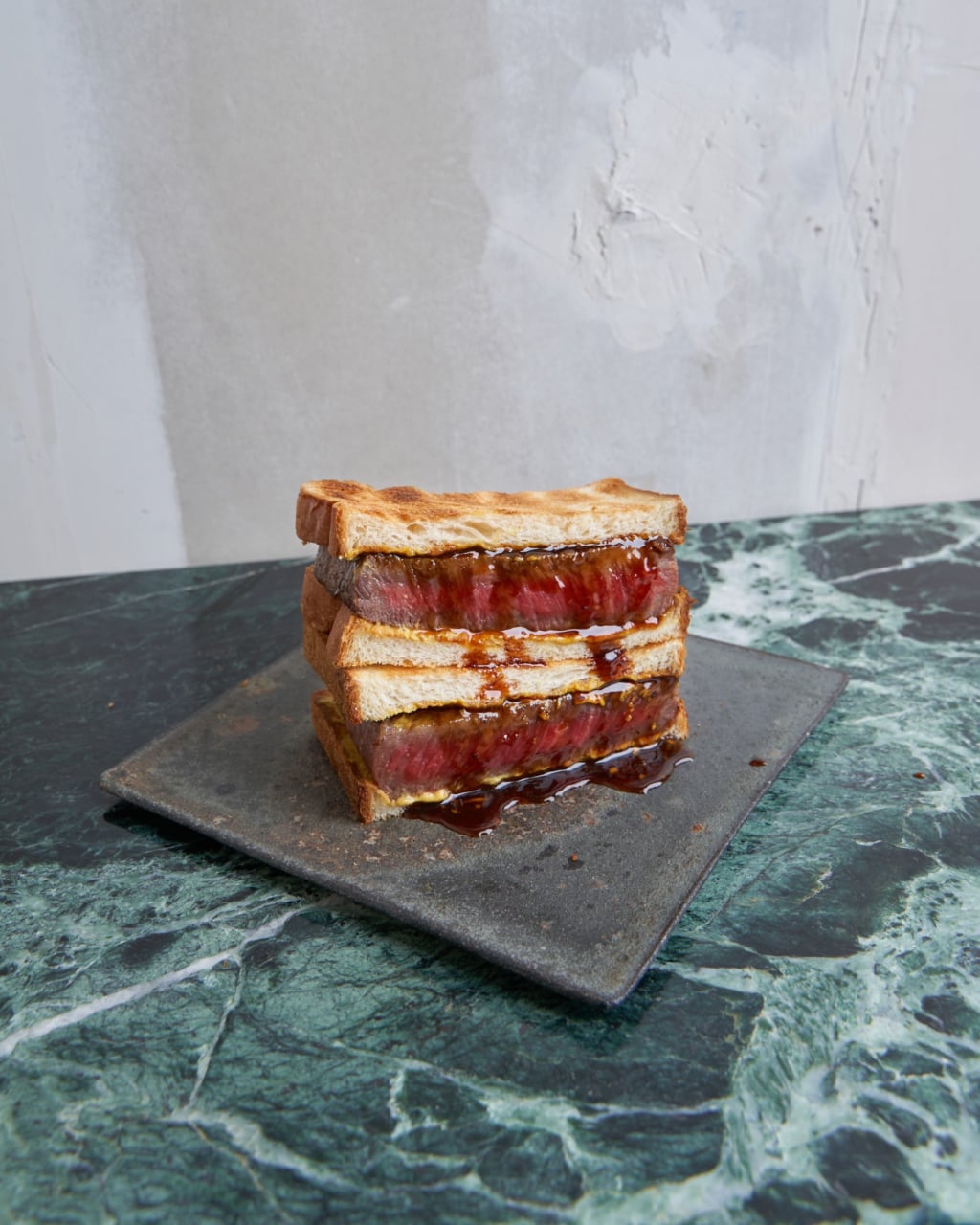 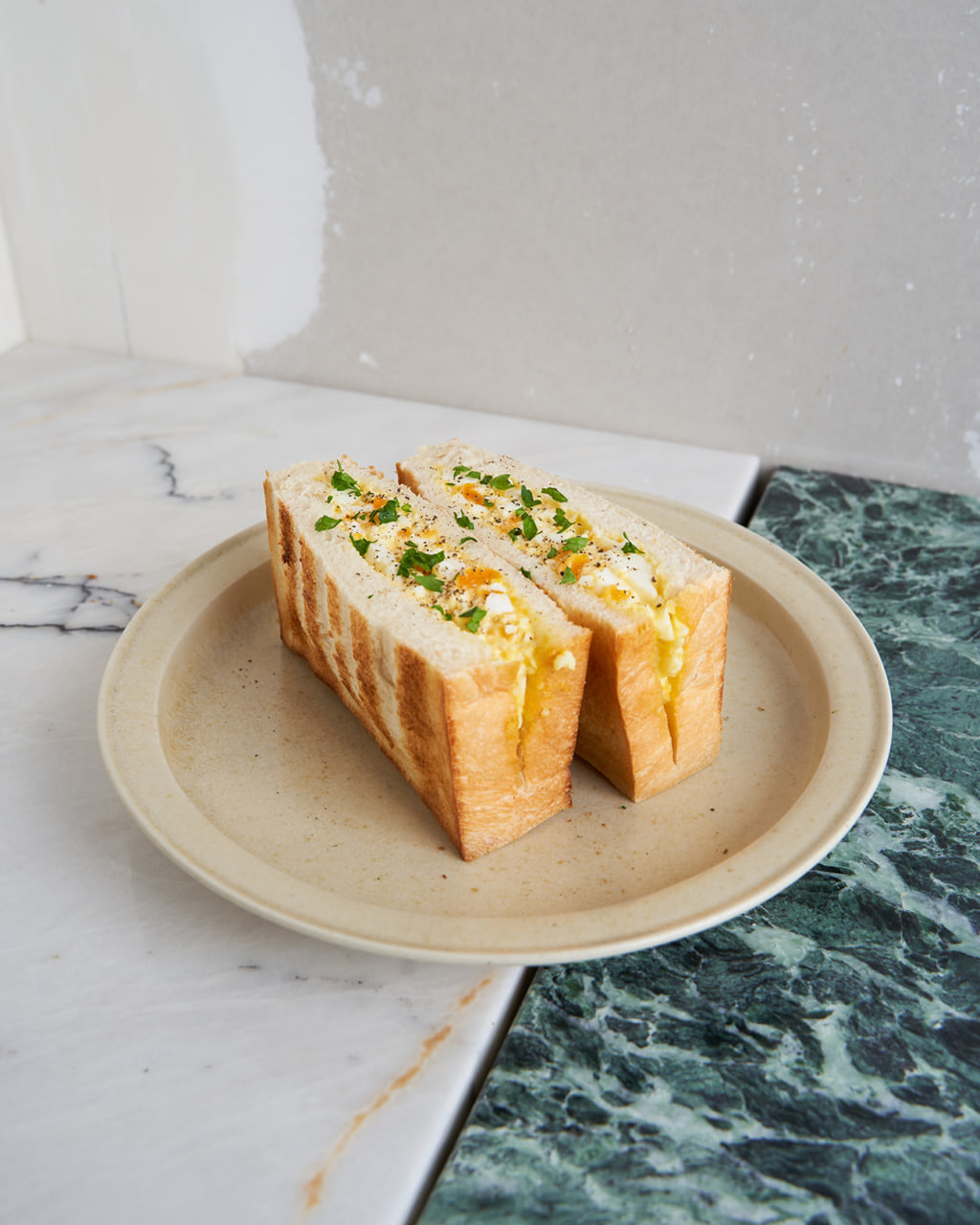 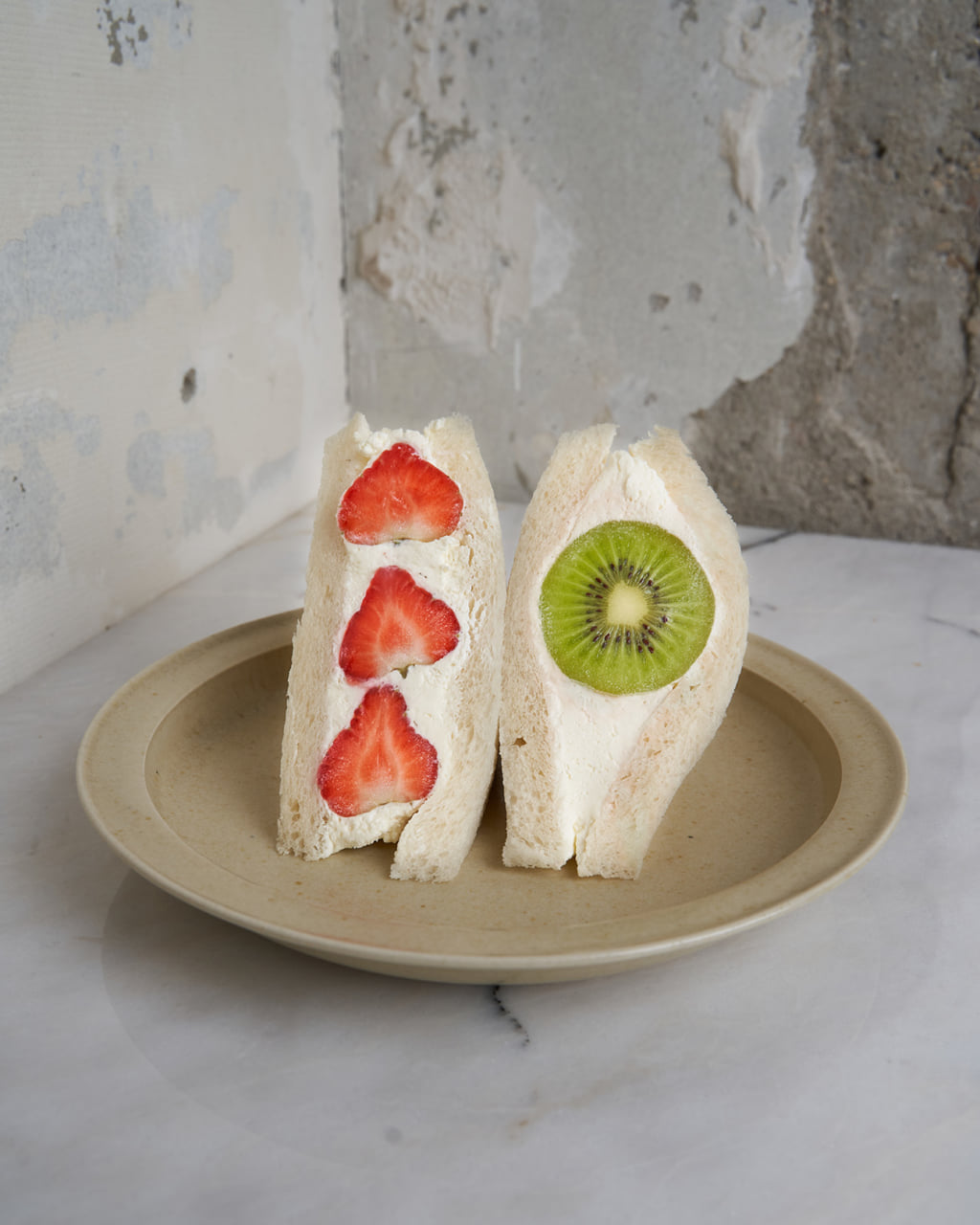 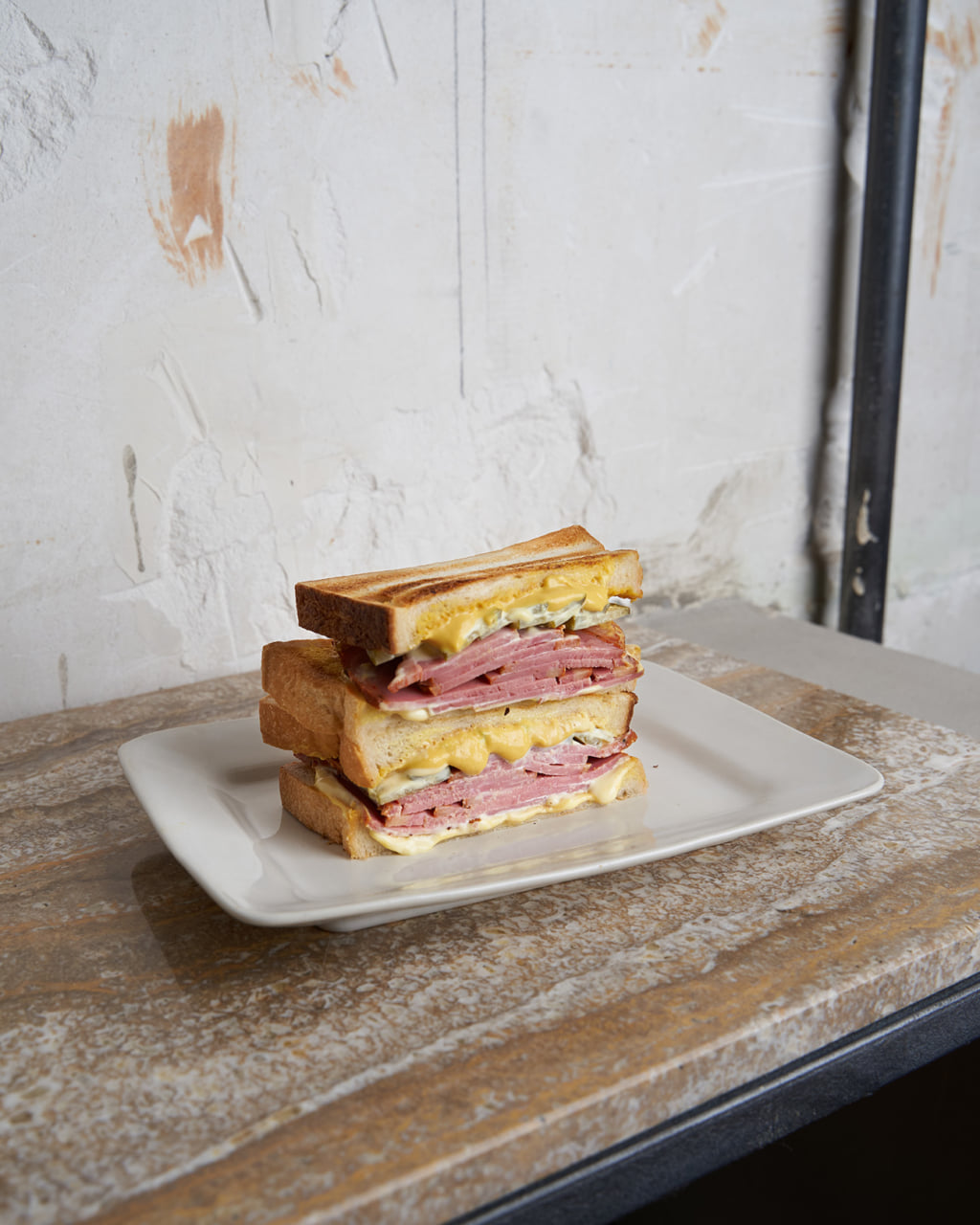