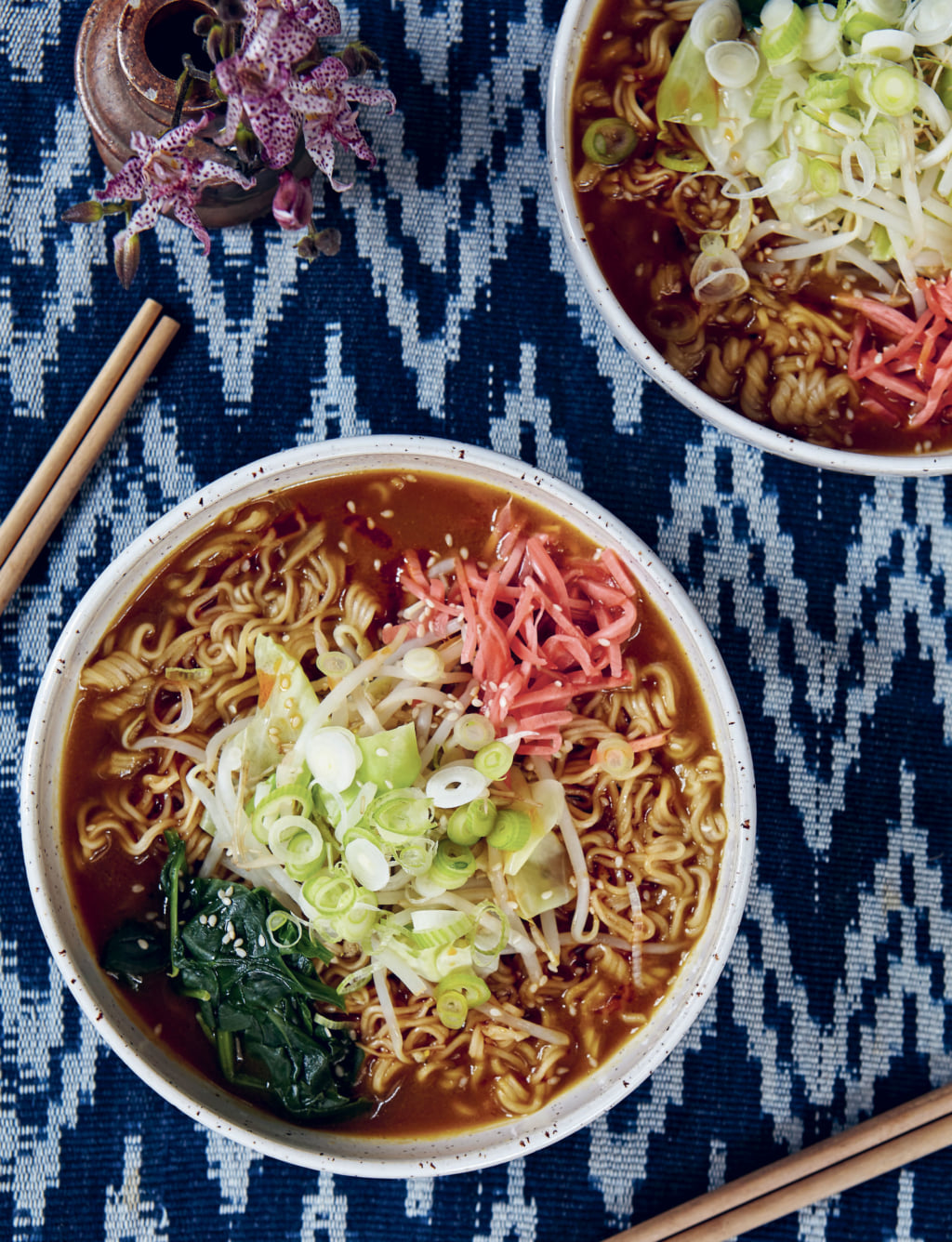 Ramen is one of the integral Japanese dishes. Chef Tim Anderson proposes a curry version in his book Vegan JapanEasy: Classic & Modern Vegan Japanese Recipes to Cook at Home. In this book, split into five chapters, he shares 80 recipes that are exclusively vegan, drawing on and enhancing the many Japanese recipes that contain no meat-based ingredients. ‘This book won’t teach you how to make joyless “vegan versions” of Japanese meat and fish dishes, because that wouldn’t be good, and there’s no need to!’ declares the author in the introduction.

Here, he proposes a variation that brings together curry and ramen rather than curry and udon, as the Japanese version tends to. ‘I think the viscosity of Japanese curry broth makes it a natural partner for ramen, which is usually served with meaty broths that have a lot of body from fat and collagen,’ the chef explains.

Difficulty: not too difficult

A few spoonfuls of chilli oil or sesame oil (to taste)

Bring the dashi or broth to the boil and whisk in the curry roux, soy sauce, and chilli sauce. Let the mixture boil for a few minutes until it thickens up nicely, then reduce to a low simmer and add the spinach, and then place a lid on the pan. Bring a large pot of water to the boil, blanch the cabbage and bean sprouts for one to two minutes, then remove with a slotted spoon or a sieve. Put to one side.

Bring the water to a rolling boil, then cook the ramen noodles until al dente, according to the packet instructions. Drain well.

Divide the ramen among four deep bowls and ladle over the soup and spinach. Use chopsticks to gently stir the noodles through the soup, then top with the cabbage and bean sprouts, spring onions, sesame seeds, pickled ginger, and chilli or sesame oil.