Curry roux is a key ingredient used to make the famous Japanese curry that can be paired with rice and even with ramen. 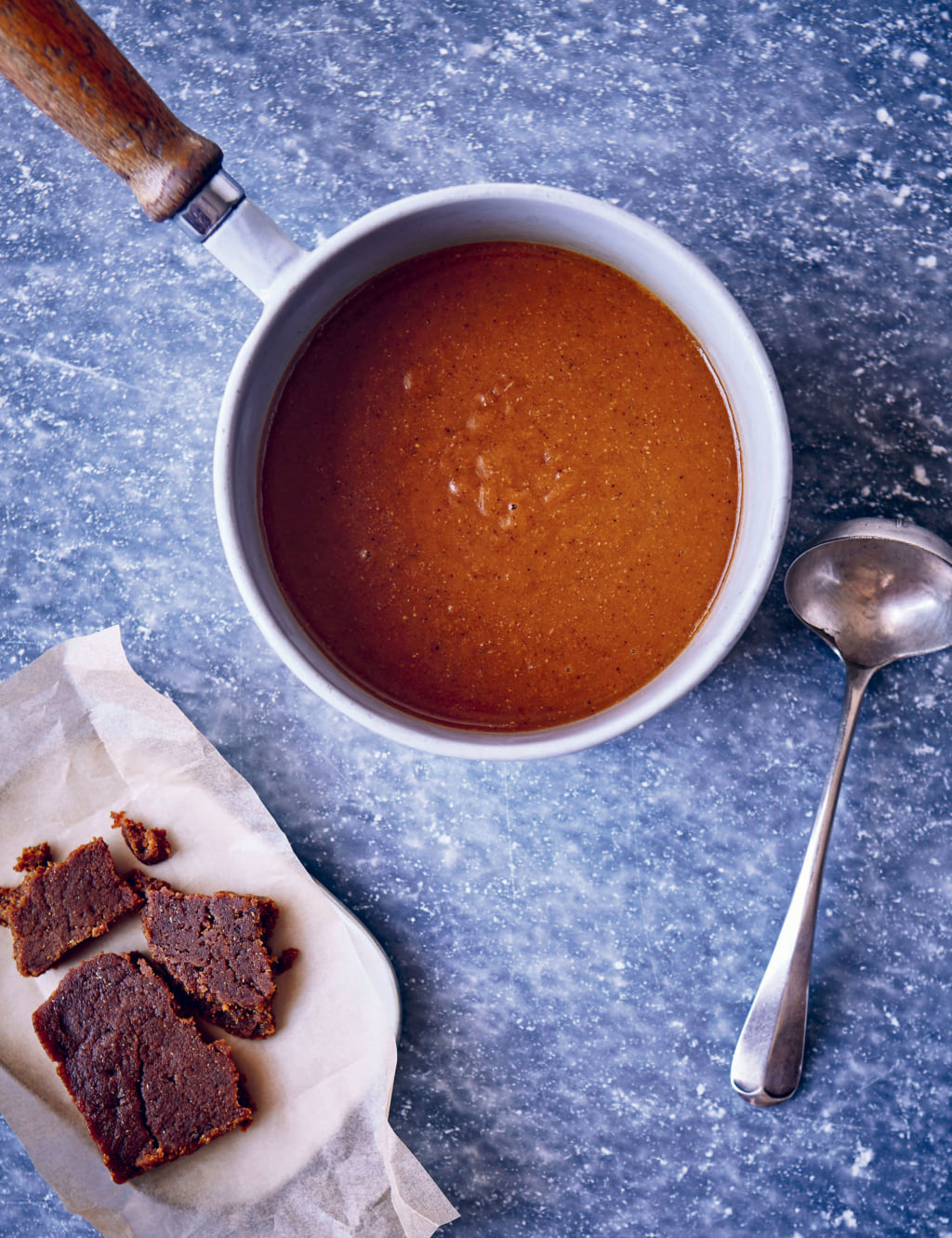 Curry roux is the key ingredient for making Japanese curry. It is now possible to buy it fully prepared from a supermarket, but chef Tim Anderson, in his book Vegan JapanEasy: Classic & Modern Vegan Japanese Recipes to Cook at Home, shares a recipe that is easy to make oneself. The roux can then be used to reproduce his curry ramen, a recipe found in the same book, or the classic Japanese curry found in JapanEasy.

In a saucepan, heat the coconut oil and vegetable oil on a medium heat, then add the onion and fry until tender and starting to brown. Add the banana and continue to cook until it turns golden and starts to fall apart.

Add the tomato puree, peanut butter, spices, and yeast (if using) and continue to cook for a further 5 minutes, stirring constantly, until the spices have softened and the fat has absorbed the flour.

To reconstitute and season the roux, use the following quantities for one portion:

Bring the stock to the boil and add the roux. Whisk to break up the roux and cook for 5–10 minutes until the mixture thickens. Add the soy sauce, taste, and adjust the seasoning by adding soy sauce and hot chili sauce as desired.