This restaurant in Mexico innovates by adding local ingredients to traditional dishes, like in its cactus 'dashi.' 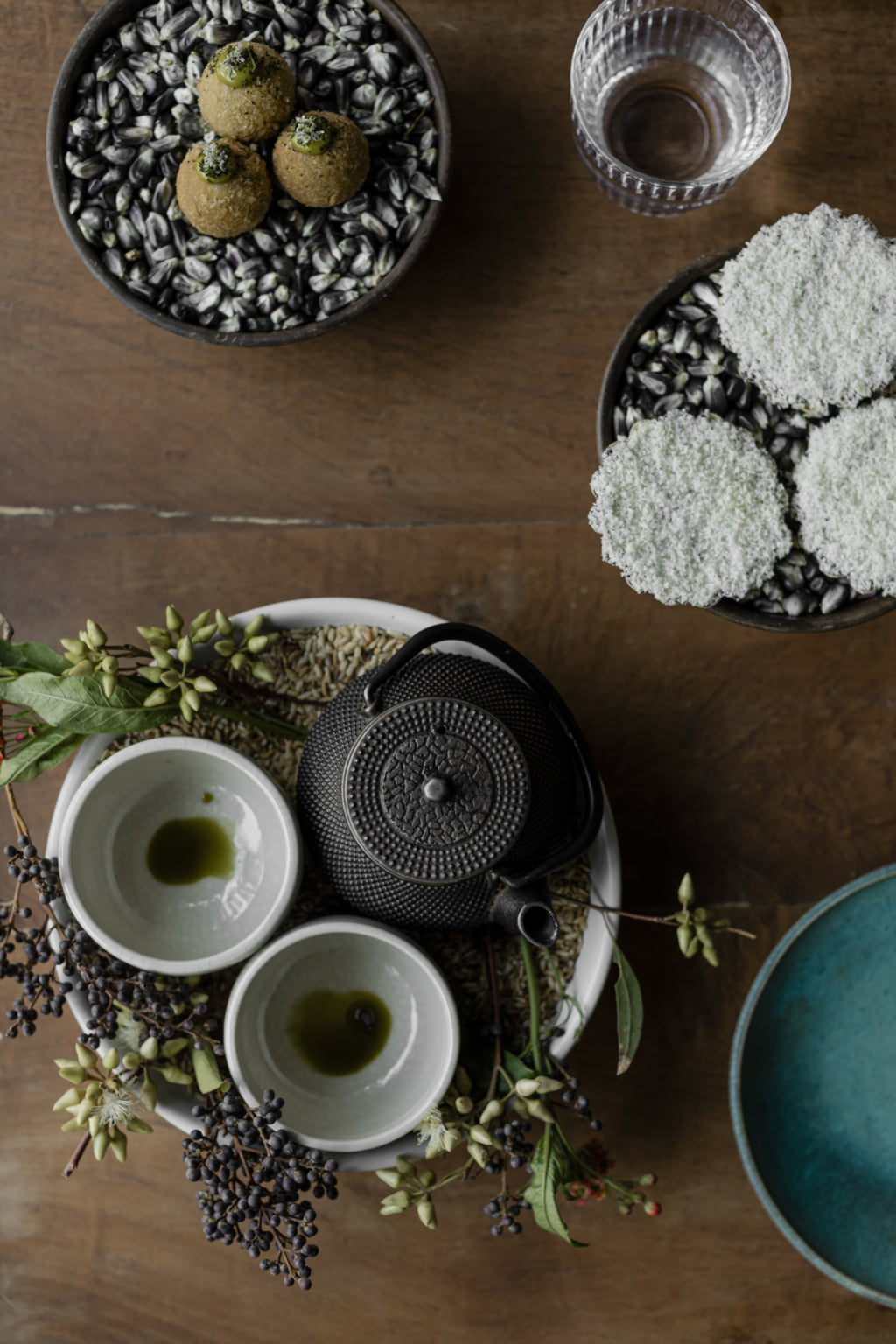 The restaurant Em, where the kitchens are run by chef Lucho Martinez, is on a quest for culinary innovation, without sacrificing the real stars: the products presented on the plate. The ingredients have several points in common as they are all seasonal and most are somewhat unexpected.

Lucho Martinez, originally from Veracruz, spent his early years in Nashville, Tennessee, before returning to his place of birth at the age of 14 to work in the kitchens of a restaurant. At 17, he headed to Cancun to study gastronomy. After joining the brigade for the restaurants run by his mentor Eduardo Garcia in Mexico, he took the reins of his own kitchen at the restaurant Emilia, which was later reinvented with new concepts under the name Em.

The chef’s dishes are intended as a homage to French, Japanese, American, and Mexican cuisine. They feature highly original flavours such as cactus in a dashi broth accompanied by Mexican pepper, and revisit traditional dishes like tofu, which is made from corn at Em. There are also some surprising ingredients like escamoles—known as ‘insect caviar’—which is ant larvae gathered from agave roots that Lucho Martinez serves in the form of croquettes. Another example is huitlacoche, the result of contamination of an ear of corn by a pathogenic fungus, which is added to a cheese tart. These flavours rub shoulders with others that are more traditional but no less popular, like wagyu beef and sashimi.

The dishes are served in an environment of natural colours, where the round tables are set in a universe composed of stone and wood. But success comes at a price: diners wishing to discover Lucho Martinez’s dishes will need patience, as bookings are taken several months in advance. In the meantime, future diners can follow the chef’s latest innovations on his Instagram account and listen to the restaurant’s playlists on Spotify.

More information about Em can be found on the restaurant’s website. 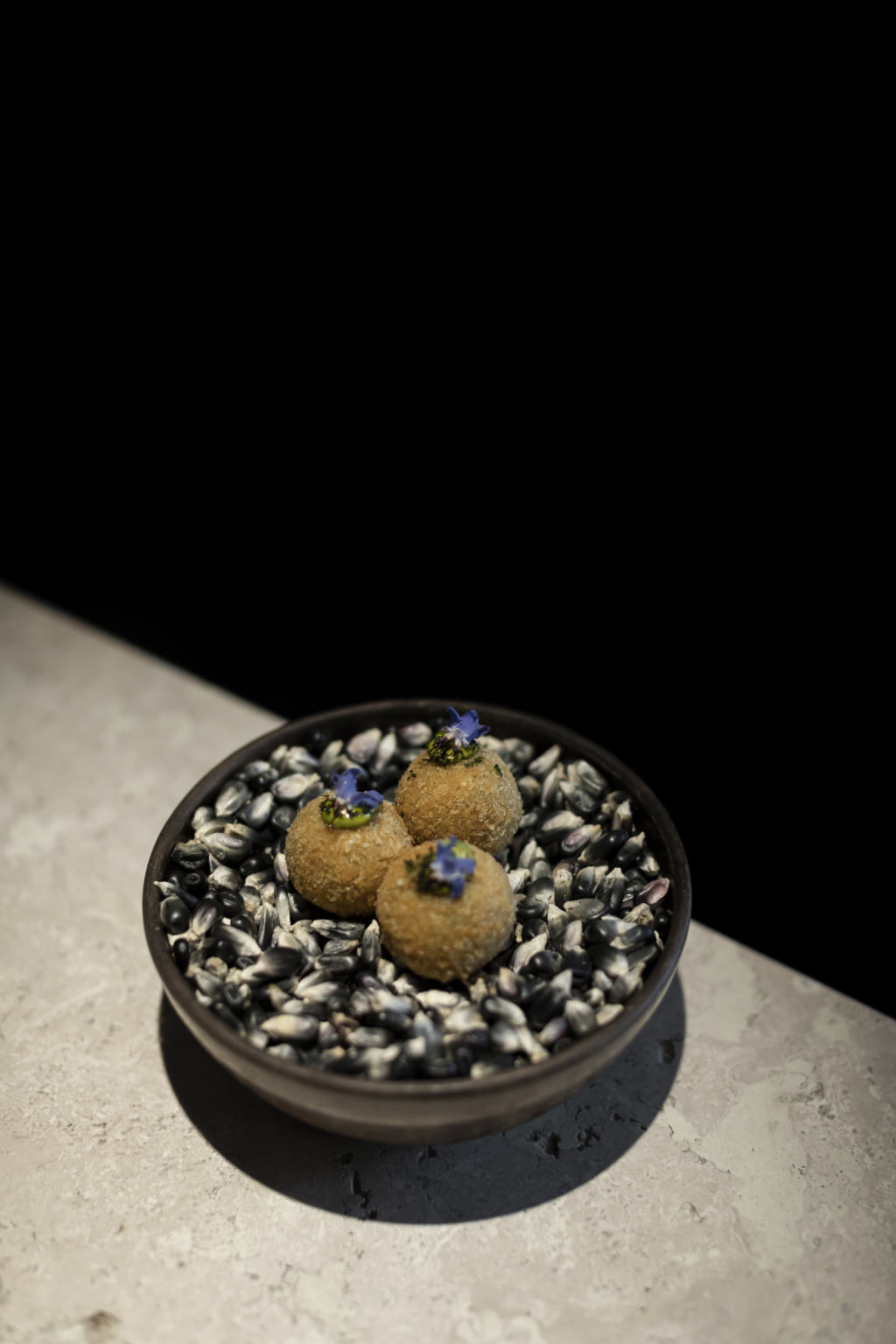 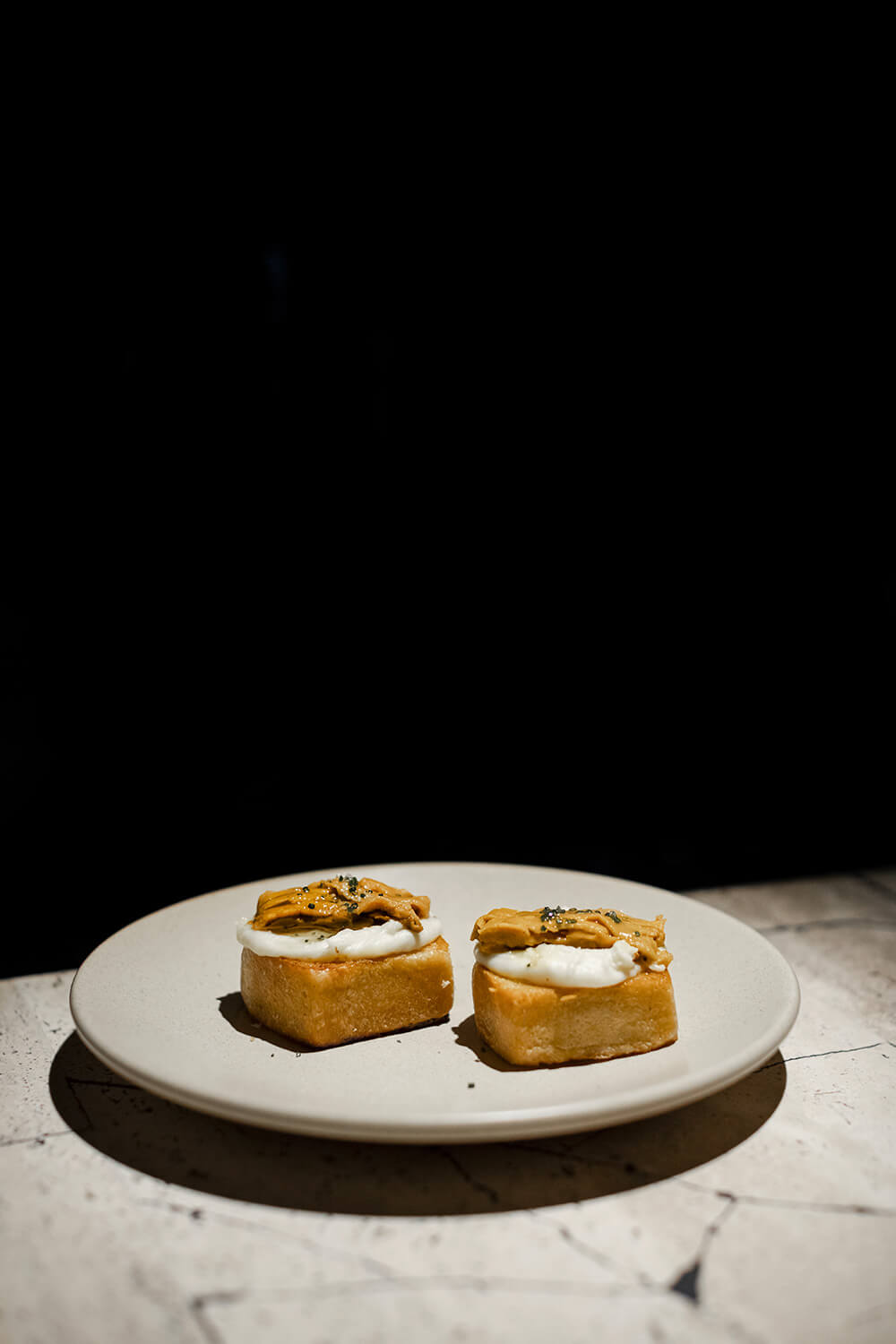 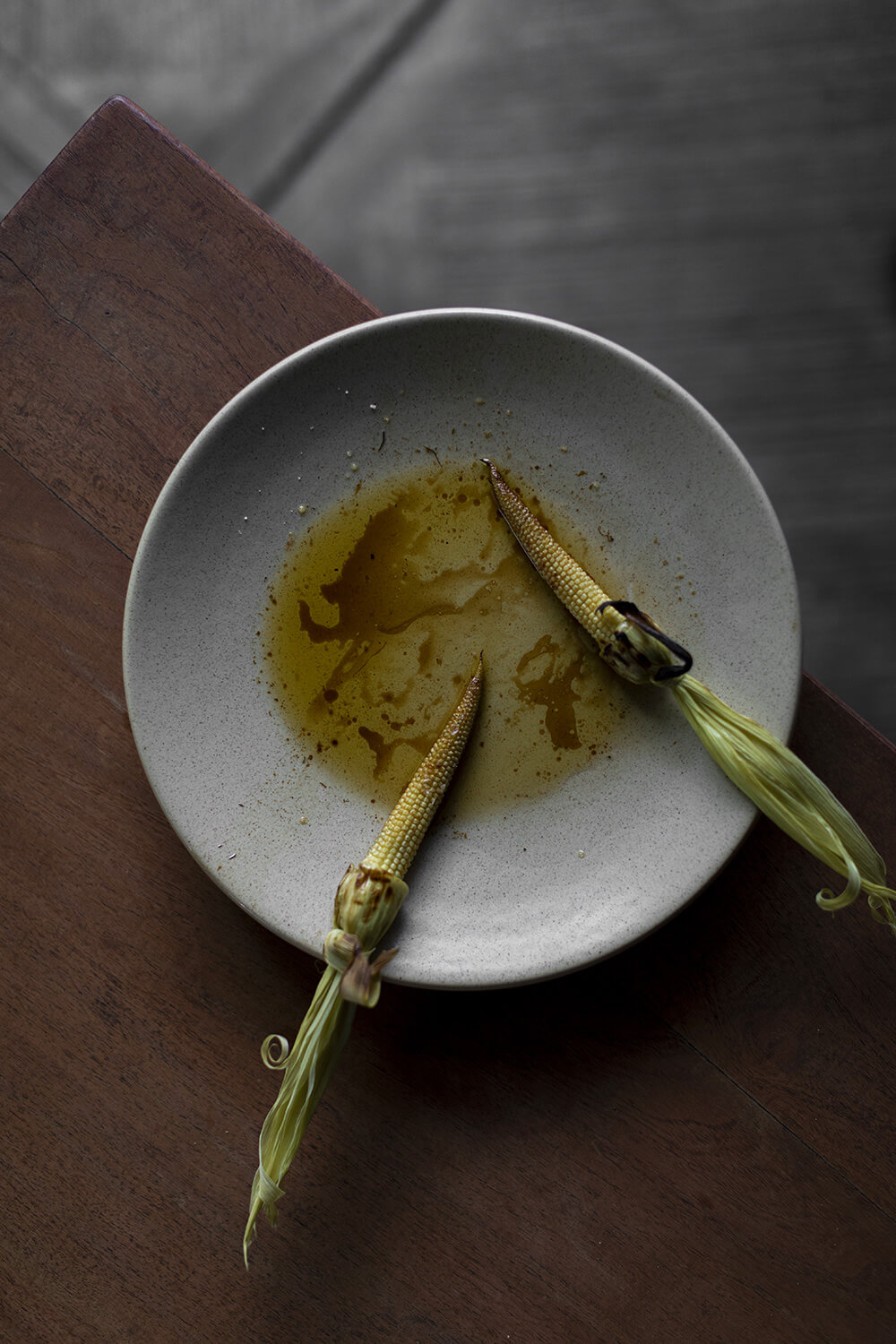 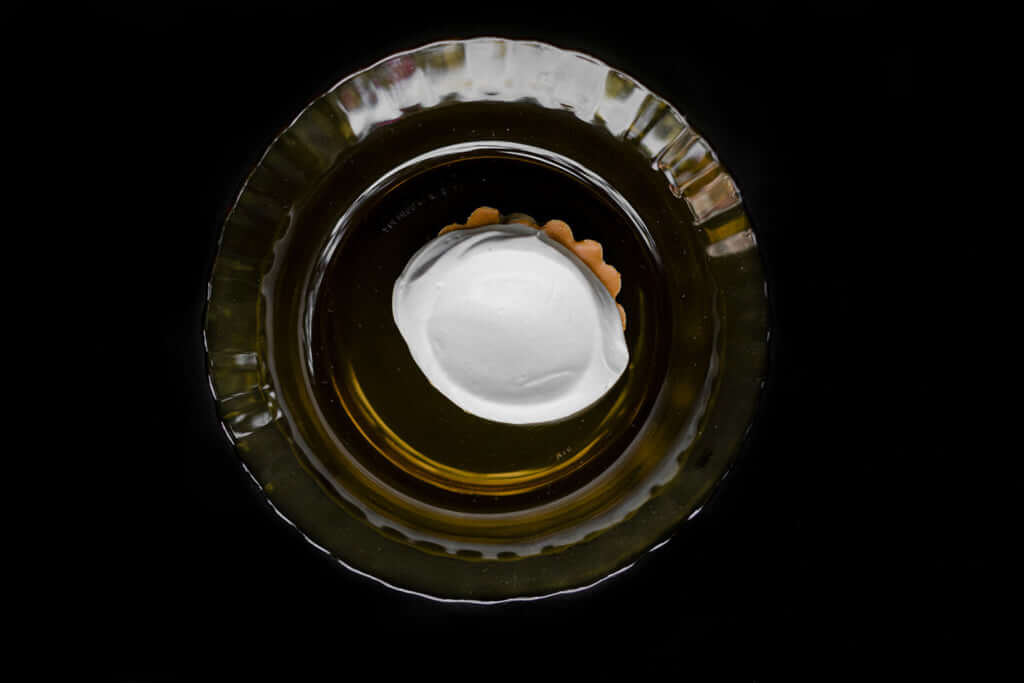 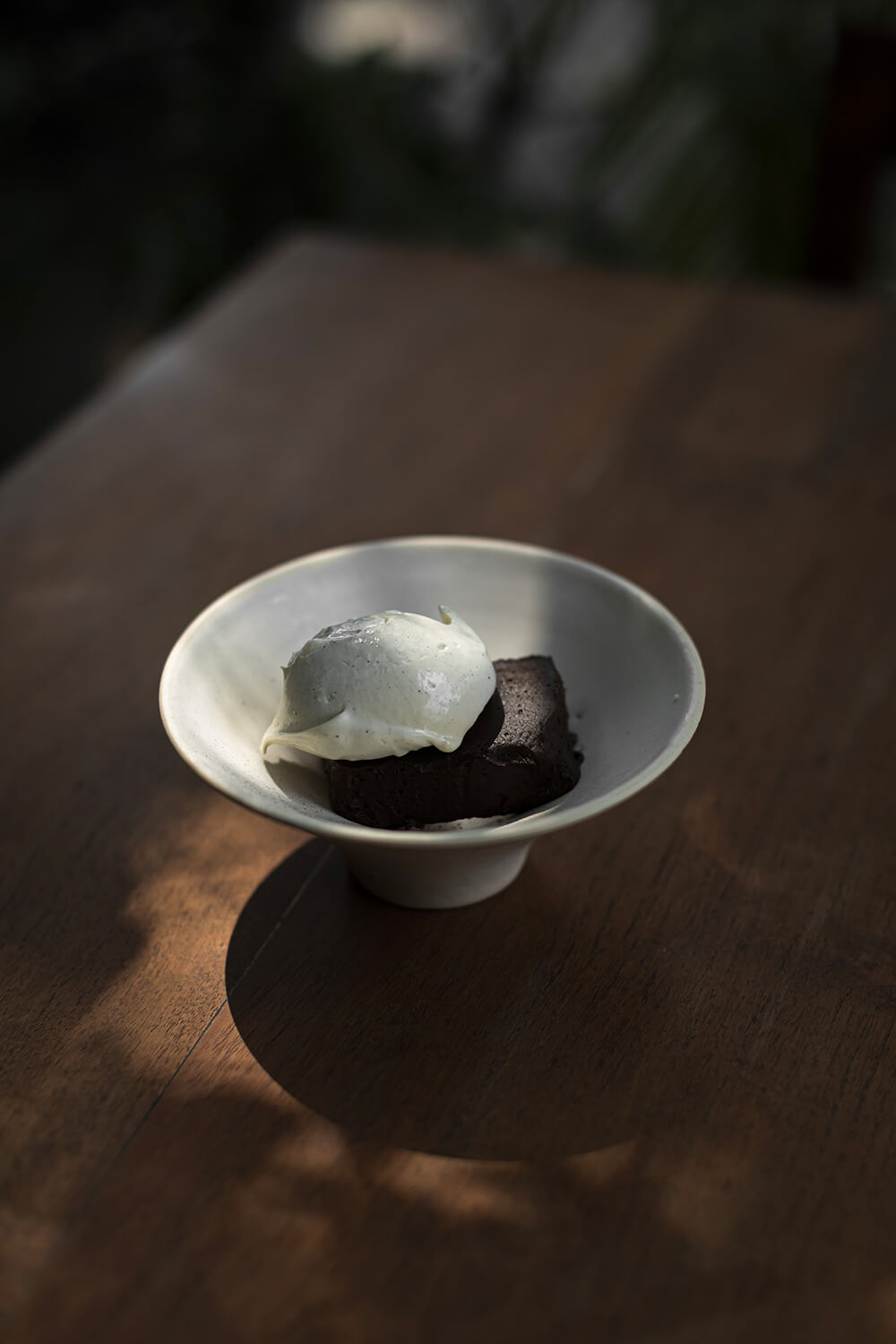 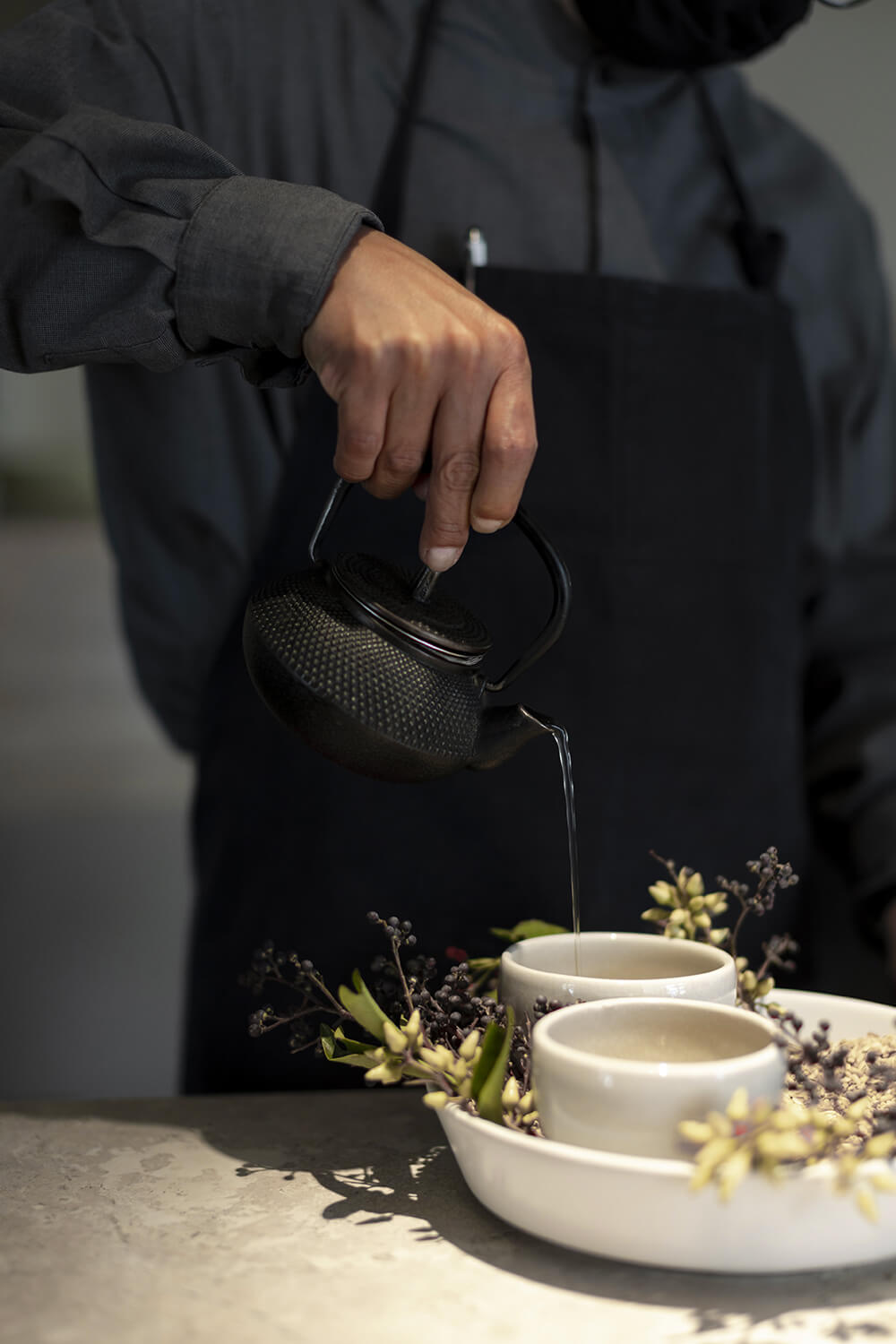 Dashi served as a welcome - © Em 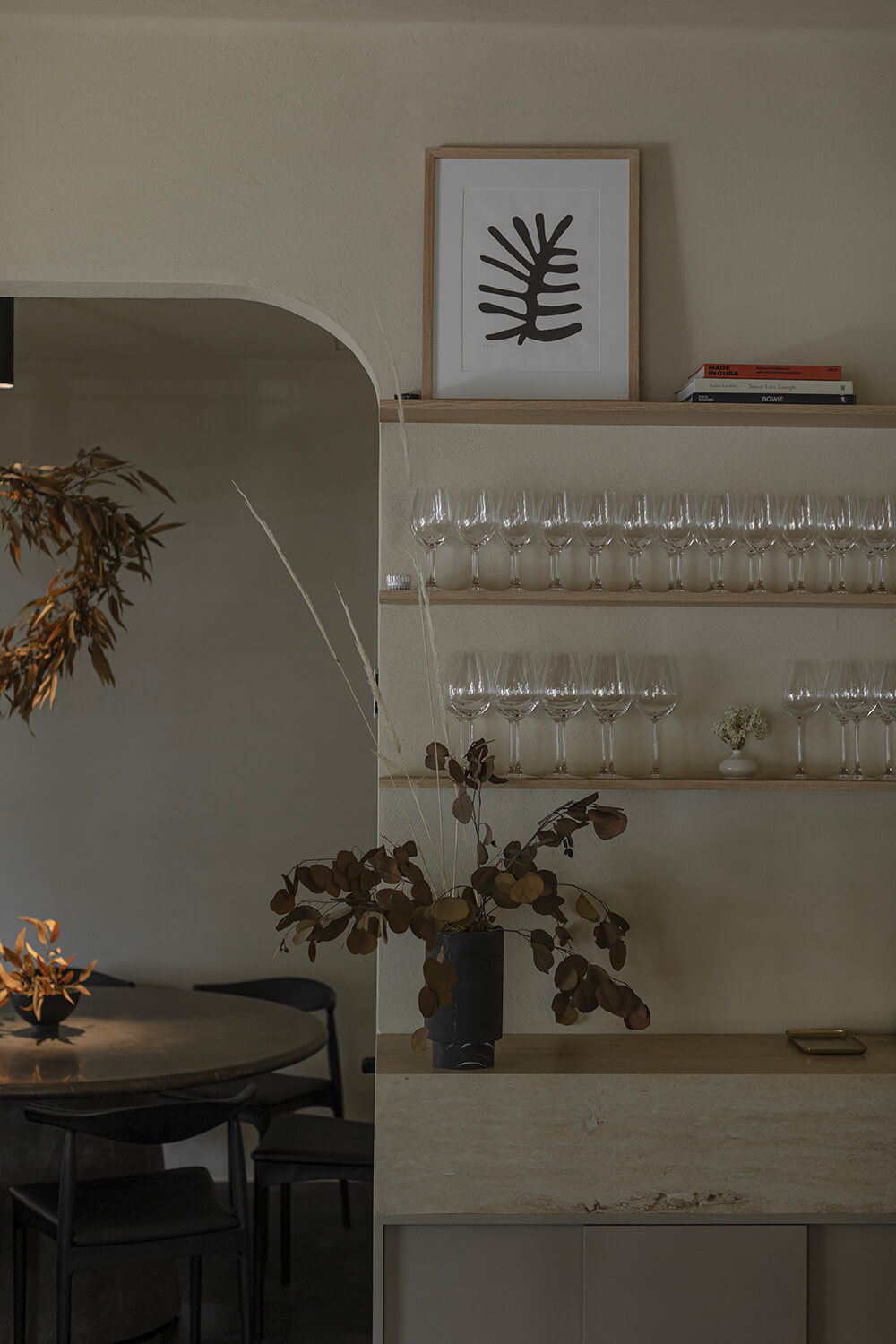 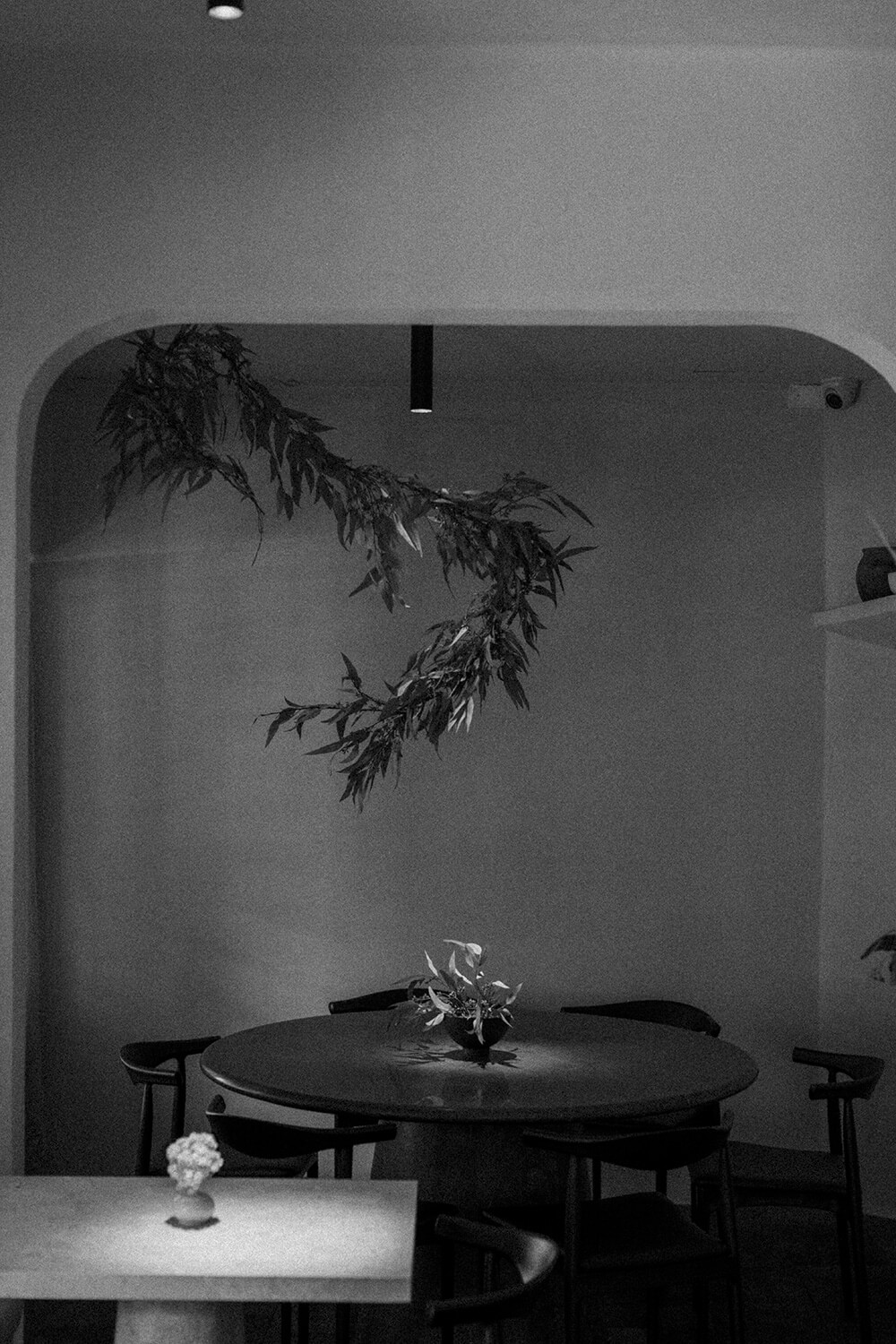 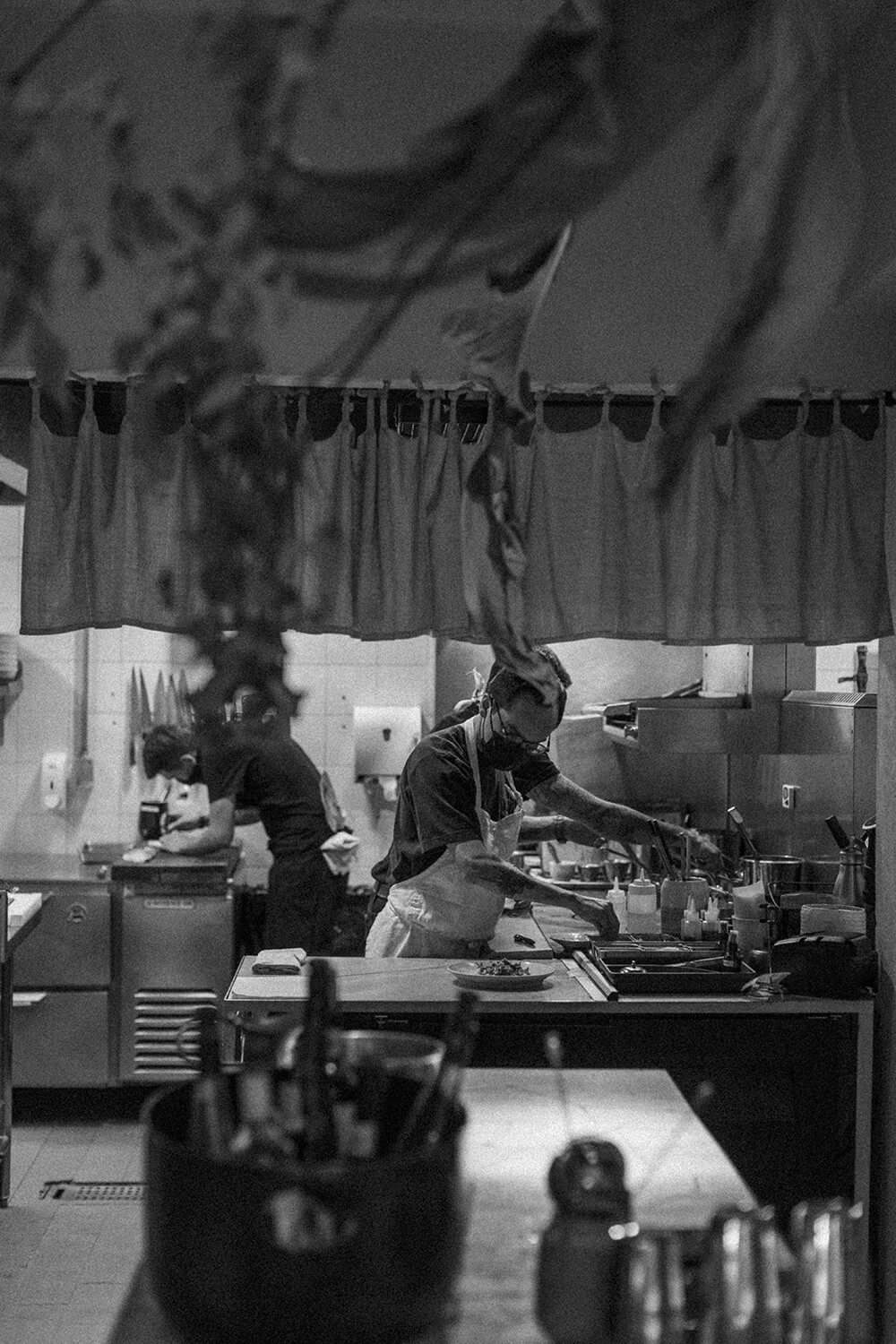 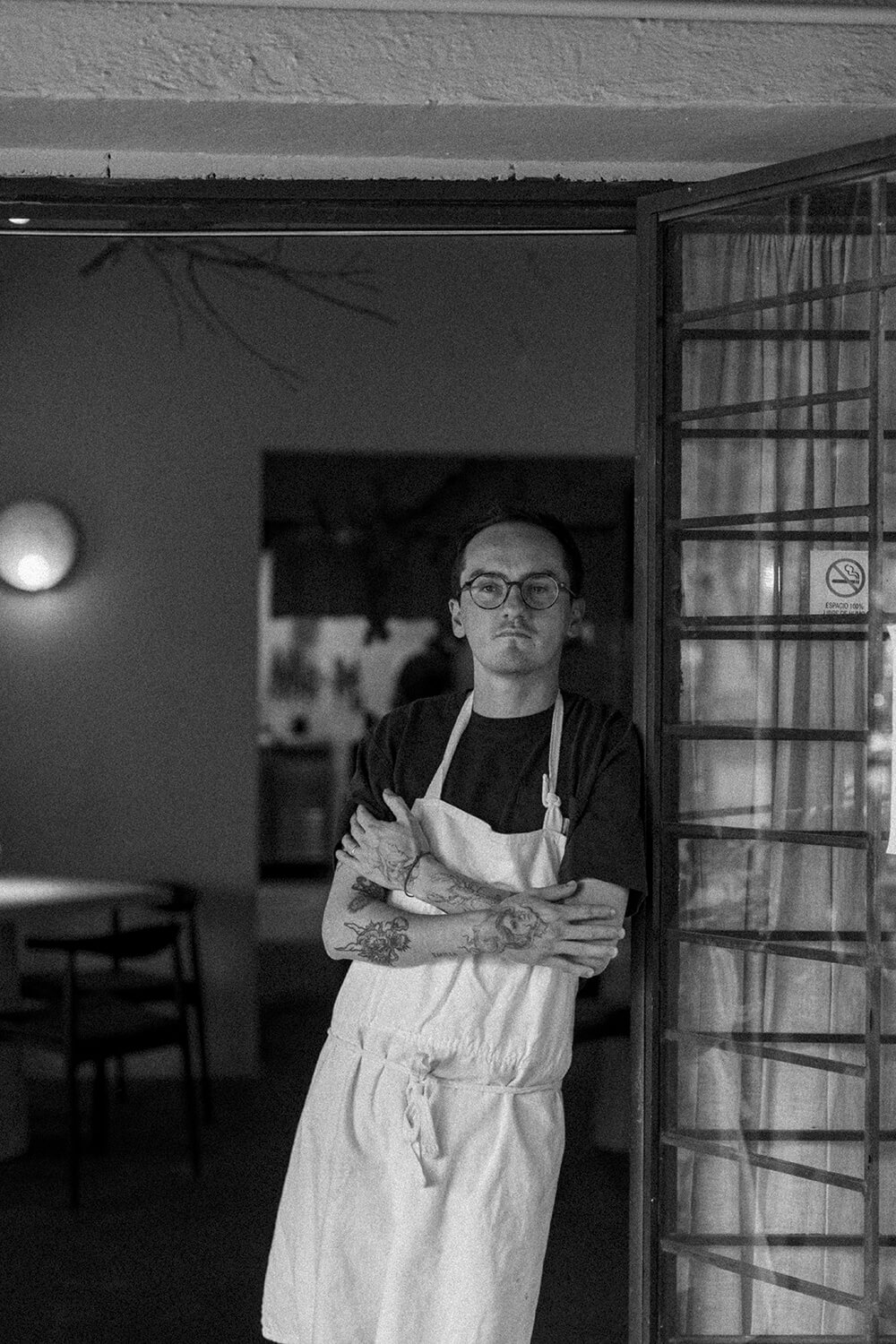