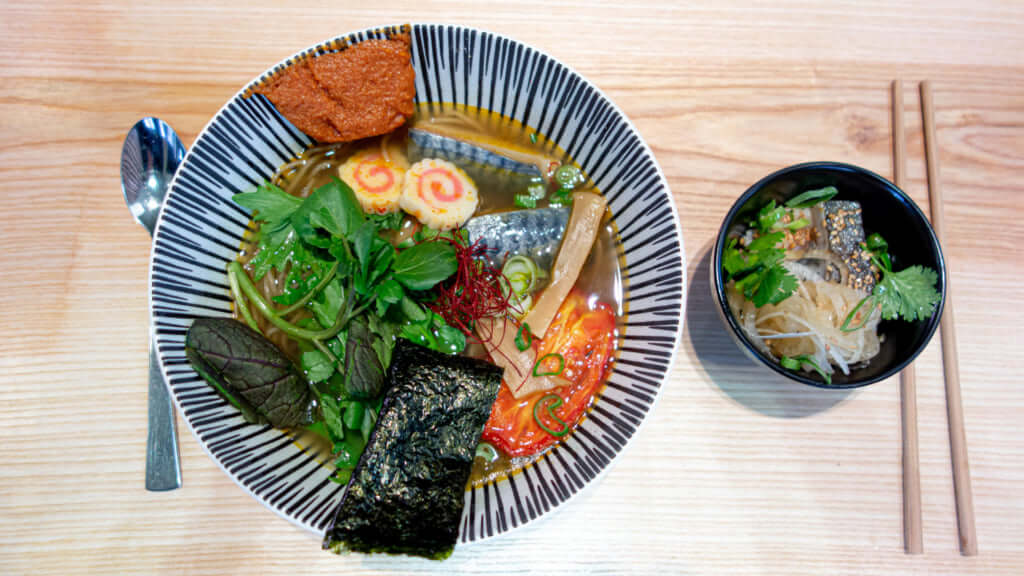 In 2019, the Michelin-starred chef Guy Savoy opened a new restaurant in the space of his former venture Les Bouquinistes, this time appealing to fans of Japanese cuisine. Located at 53 quai des Grands Augustins in Paris, Savoy serves up delicately prepared sushi and finely chopped sashimi, as well as the cult Japanese dish ramen. The choice of dish, typically associated with street food rather than fine dining, might come as a surprise to some, the chef himself acknowledges that he owes his reputation to an artichoke and black truffle soup. However ramen is also a soup.

Just like Joël Robuchon and Paul Bocuse, the head chef of the world’s best restaurant is a fan of Japan and during numerous trips to the country he fell in love with ramen. ‘During each of my trips to Japan’, says Savoy, ‘I went mad for ramen, it wasn’t just about the dish itself, but the warm atmosphere, eating elbow to elbow’. 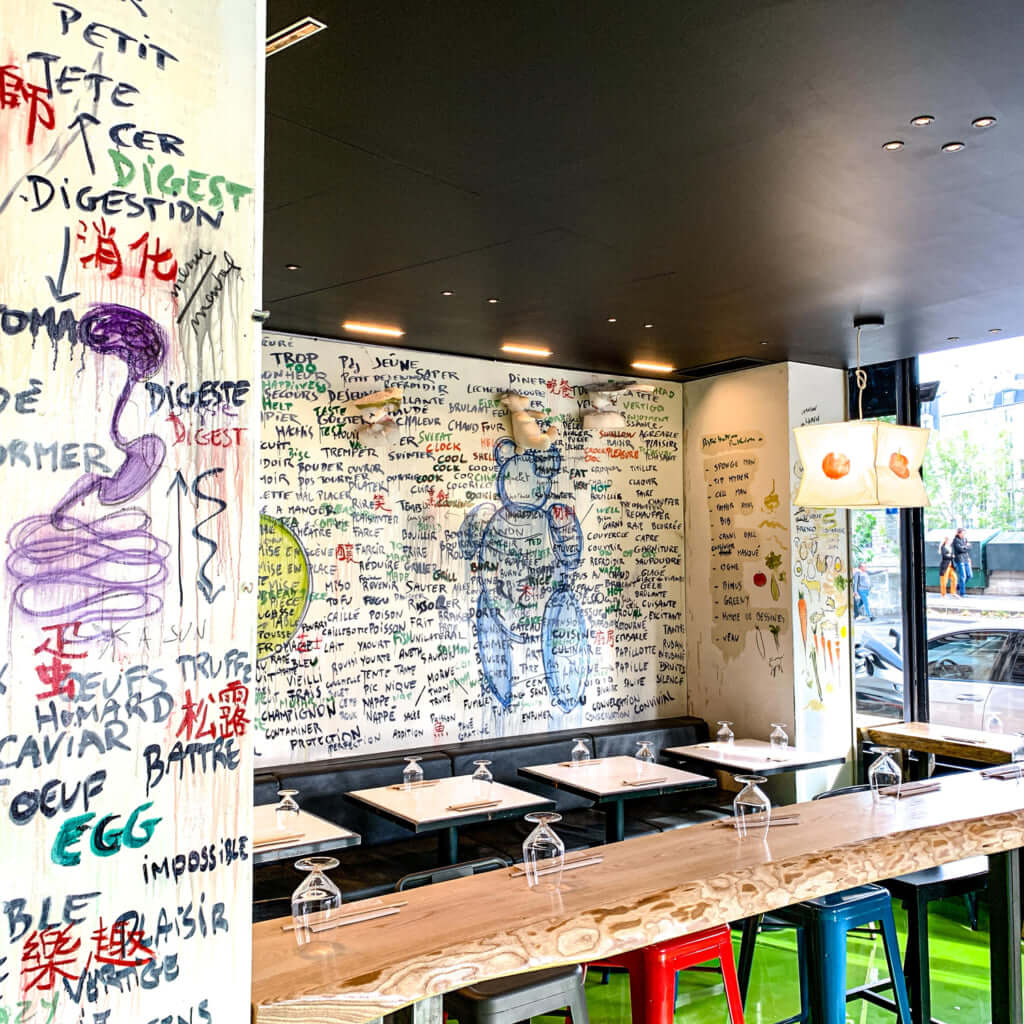 Guy Savoy hoped to reproduce this warm atmosphere in his own restaurant. Aided by the artist Fabrice Hyber, together they designed a convivial space, miles away from the classicism of Parisian fine dining as well as Japanese minimalism. At 53, quai des Grands-Augustin the floor is bright green (a signature colour for Hyber), the high wooden tables are surrounded with multicoloured stools and the walls are adorned with a large fresco reminiscent of street art.

‘Supu Ramen is a quirky place full of stories: a fast food restaurant by Guy Savoy that is inventive and provides very good quality food accessible to all, I wanted to go all out. I find that Guy Savoy has a desire to give as much as possible to everyone even if it breaks all the codes’, explains Fabrice Hyber. ‘I lived in Japan between 1990-1991 and visit often. Ramen is a dish that I have seen become international, this project was an opportunity to draw on all my inspiration. I chose the green floor because it is reminiscent of emerging ecology, or the first sprouts of spring. The sound of the restaurant from the kitchen to the dining room makes me think of all the potential conversations that might be had face to face. The joy of these moments is represented by the colours’, says Hyber. 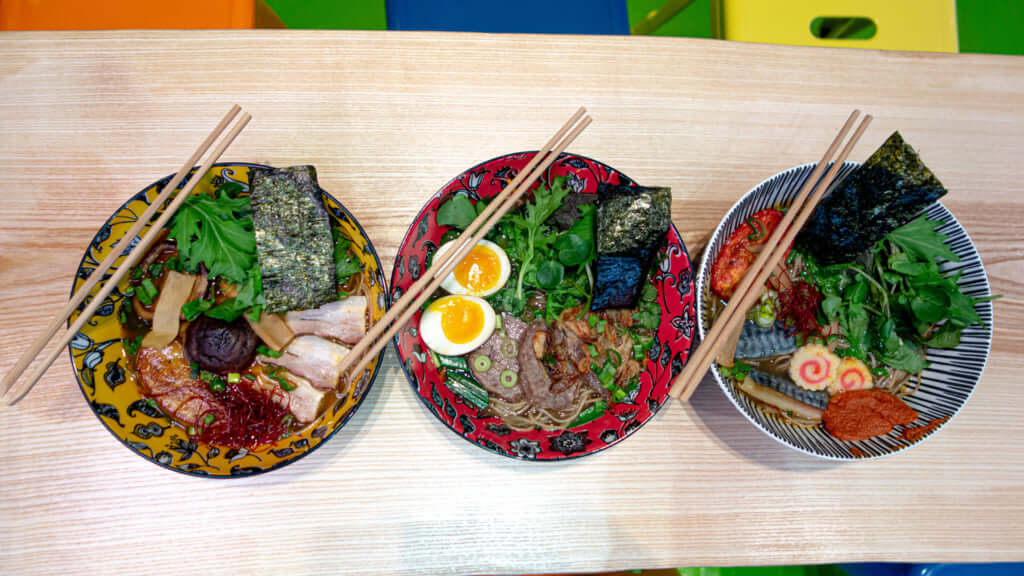 On the plates, or rather in the bowls, French and Japanese inspirations are blended. ‘This defines the identity of Supu Ramen; Japanese soups cooked with local French products and the perfect marriage between Japanese cuisine and French culture. This also takes account of the environmental and societal side with produce coming mainly from Ile-de-France’, explains Guy Savoy. Bonito, a Japanese ingredient par excellence, comes not from the Japanese archipelago but directly from Brittany, thanks to the Makurazaki factory, located in Concarneau. ‘I always bare in mind the famous phrase: think global, make local’, said the chef. 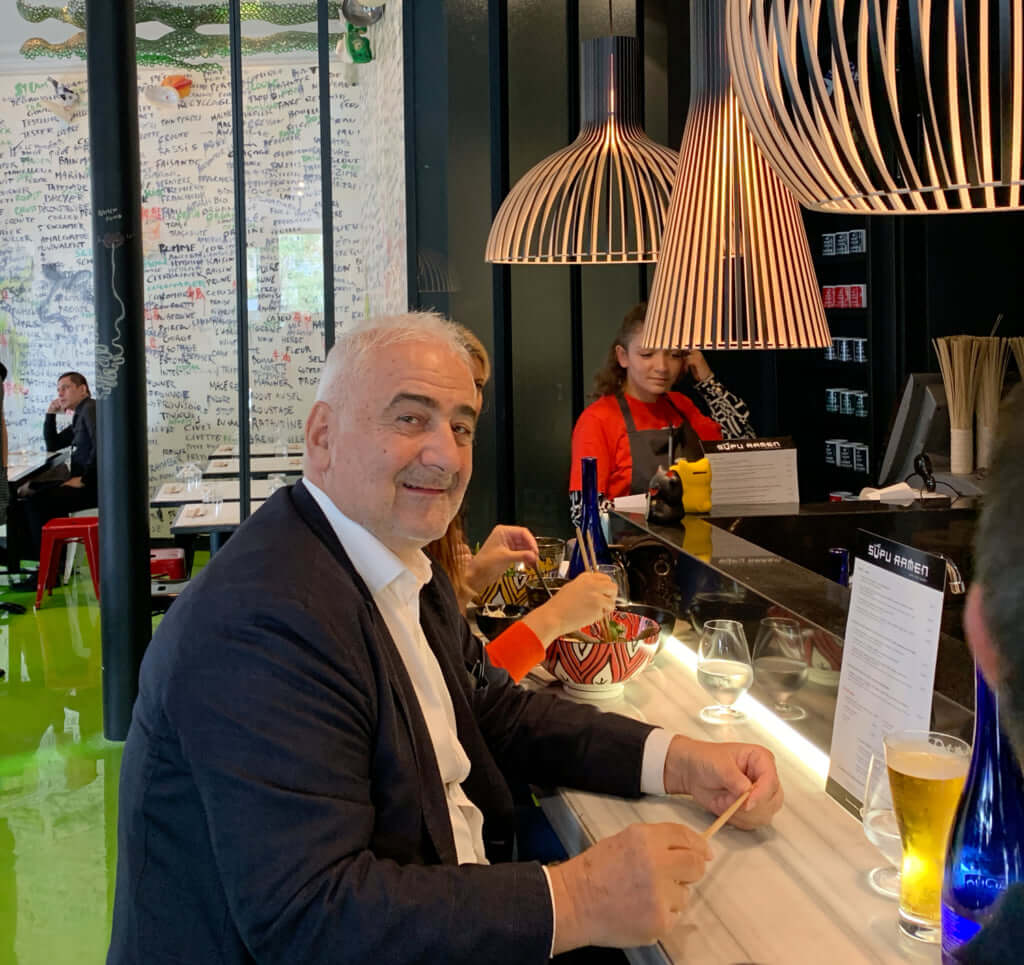 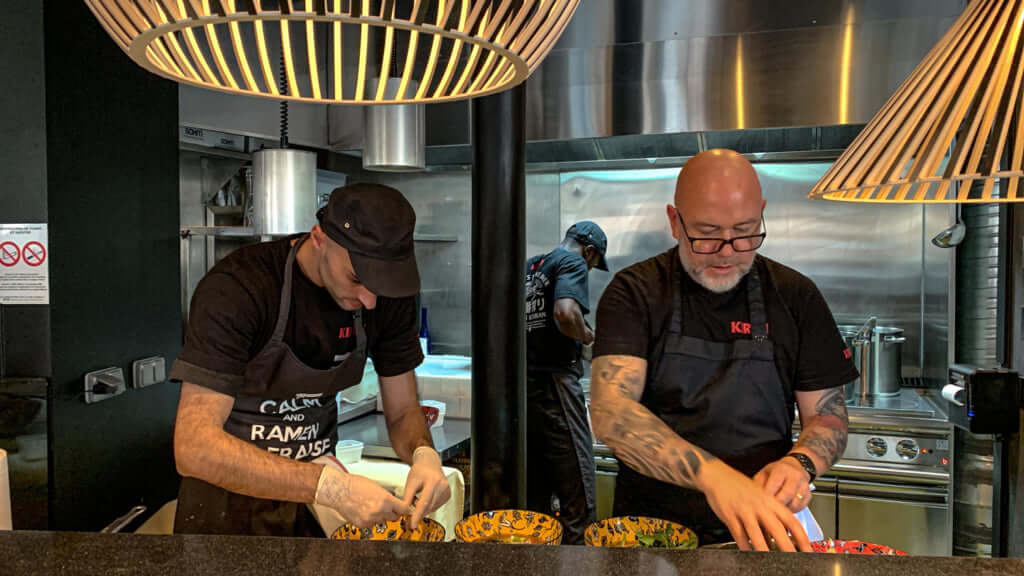 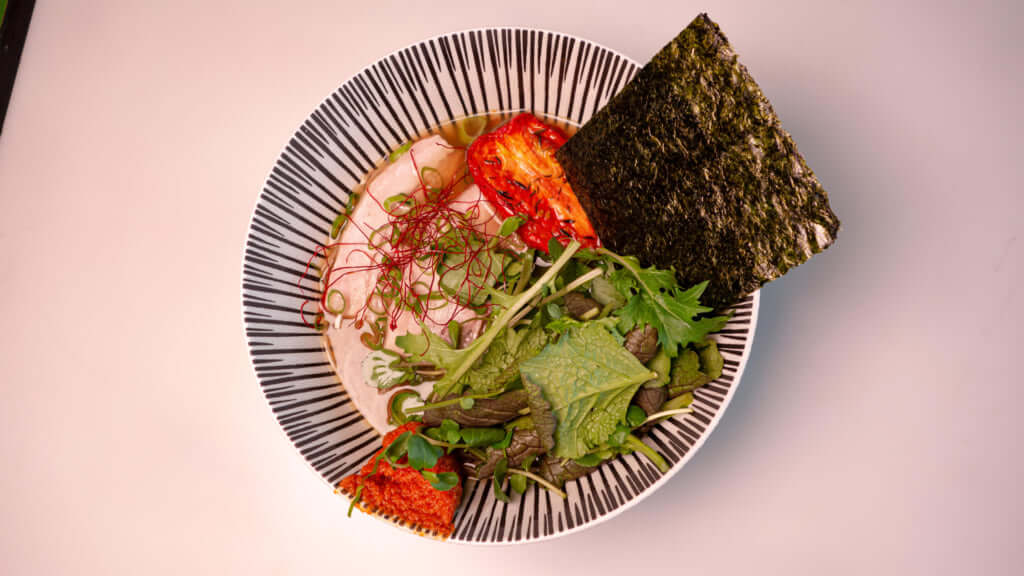 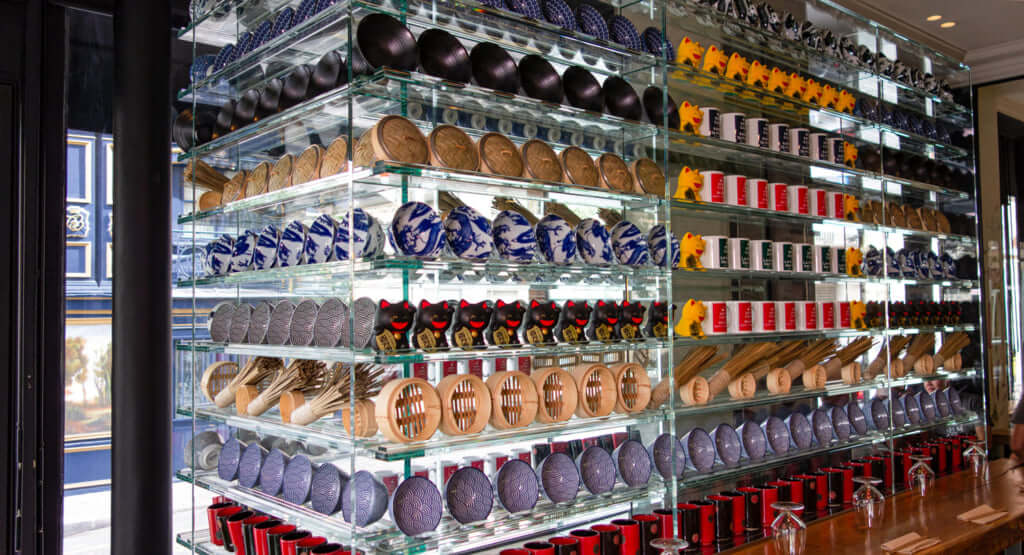