Whisky on the Red Dot

The Rise of Japanese Whisky #02

About an hour drive from the center of Kushiro in Hokkaido lies the port town of Akkeshi facing the Pacific Ocean. The word spread about a whiskey distillery being established here in 2014 when Japanese whiskey was booming thanks to the NHK TV drama, ‘Massan’, about the early days of the Nikka Whiskey distilling company. Even more surprising, this is the first venture into the alcohol industry for the company running this distillery.

From the outset, there were whispered rumors and anxiety around Akkeshi Distillery, but they have abated as the distillery continues to meet the monumental expectations held by passionate whiskey fans who see Akkeshi as the potential new Holy Land of Japanese whiskey brands. 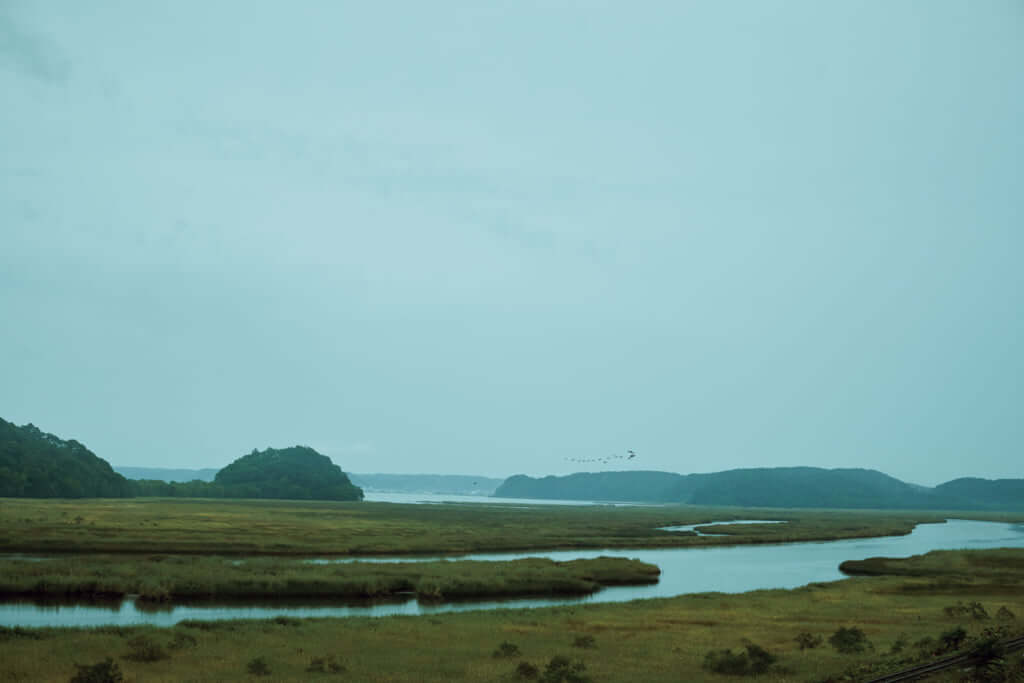 The Bekan-beushi wetlands are close to Akkeshi Distillery, and this rare environment for Japan is where peat can be found. The moist air chilled by the sea becomes a sea fog that gets caught in the forest to create a chilly and humid climate in this area. 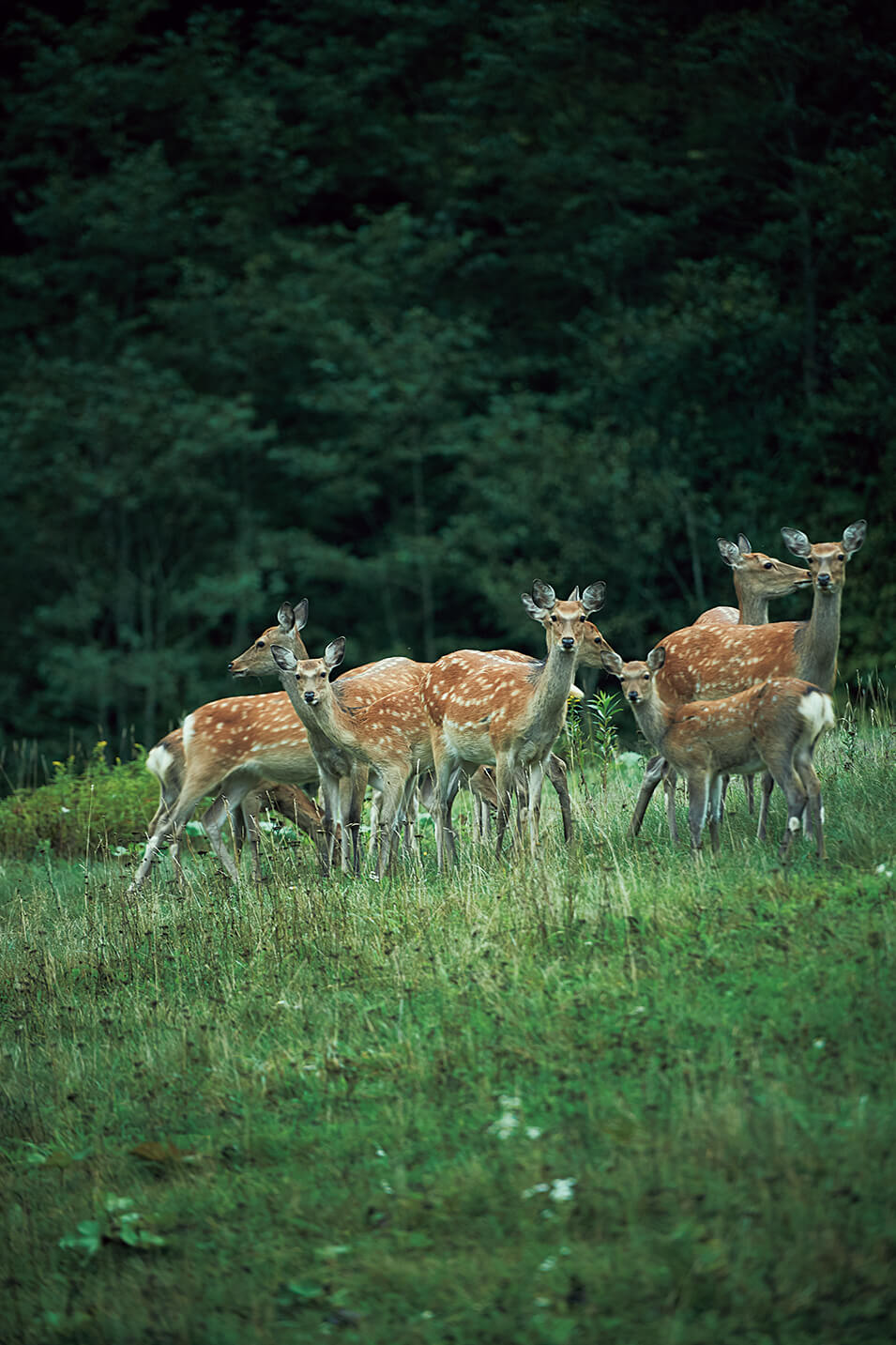 But this is odd. Akkeshi Distillery only just began operations last November. None of their products have even been officially released to market, so naturally there is no way for whiskey fans to taste the final product. Regardless, there is a lot of excitement about the future of this distillery. Why is that the case?

Completely encompassed by wetlands and the sea. The best climate and conditions.

One key to solving this mystery of the distillery’s popularity lies in the surrounding environment. Distillery Manager, Tatsuyuki Tatsuzaki explains.

‘A chilly and wet climate is needed for making whiskey. Fixed temperature differences throughout the year are also essential. Here in Akkeshi, we’re surrounded by vast wetlands and the ocean is nearby. In the summer, temperatures reach about 25 degrees, but in the winter temperatures can drop to at least 10 below zero. These two important requirements are met, and the environment for making whiskey is ideal’.

Being blessed with this type of climate is truly rare. However, none of these conditions are limited to Akkeshi, so why be particular about making whiskey here? The reason for this lies with the image of whiskey that Akkeshi Distillery pursues. 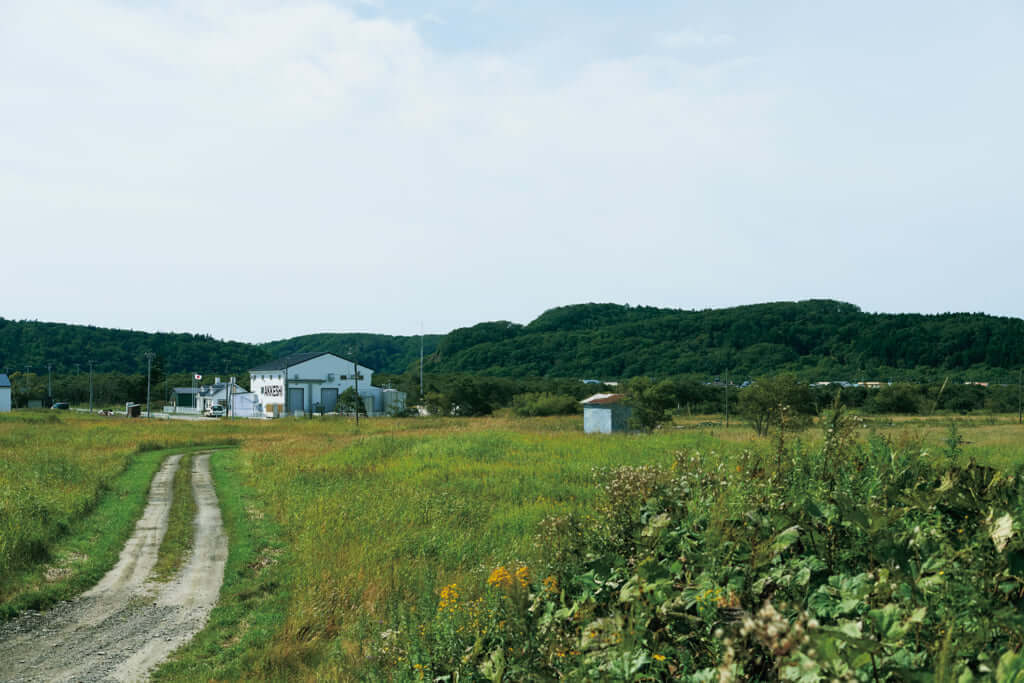 The distillery is surrounded by wetlands. The design of the distillery name in large black letters on the exterior white wall is reminiscent of Scotland’s Islay island.

The owner of Akkeshi Distillery, Kenten Co. was originally a domestic seller of imported raw ingredients for foodstuffs. Company president, Keiichi-san, recalls a day about 20 years ago when he received a shock from some whiskey that he tried at a local bar. It was a famous single malt brand from the Isle of Islay in Scotland, the holy land of whiskey: 17 Years Old Ardbeg.

‘It had that fragrance from the sea that you get from Islay malts along with a strong smoky flavor. I started to think about how I would like to try to make a whiskey like that here in Japan’. 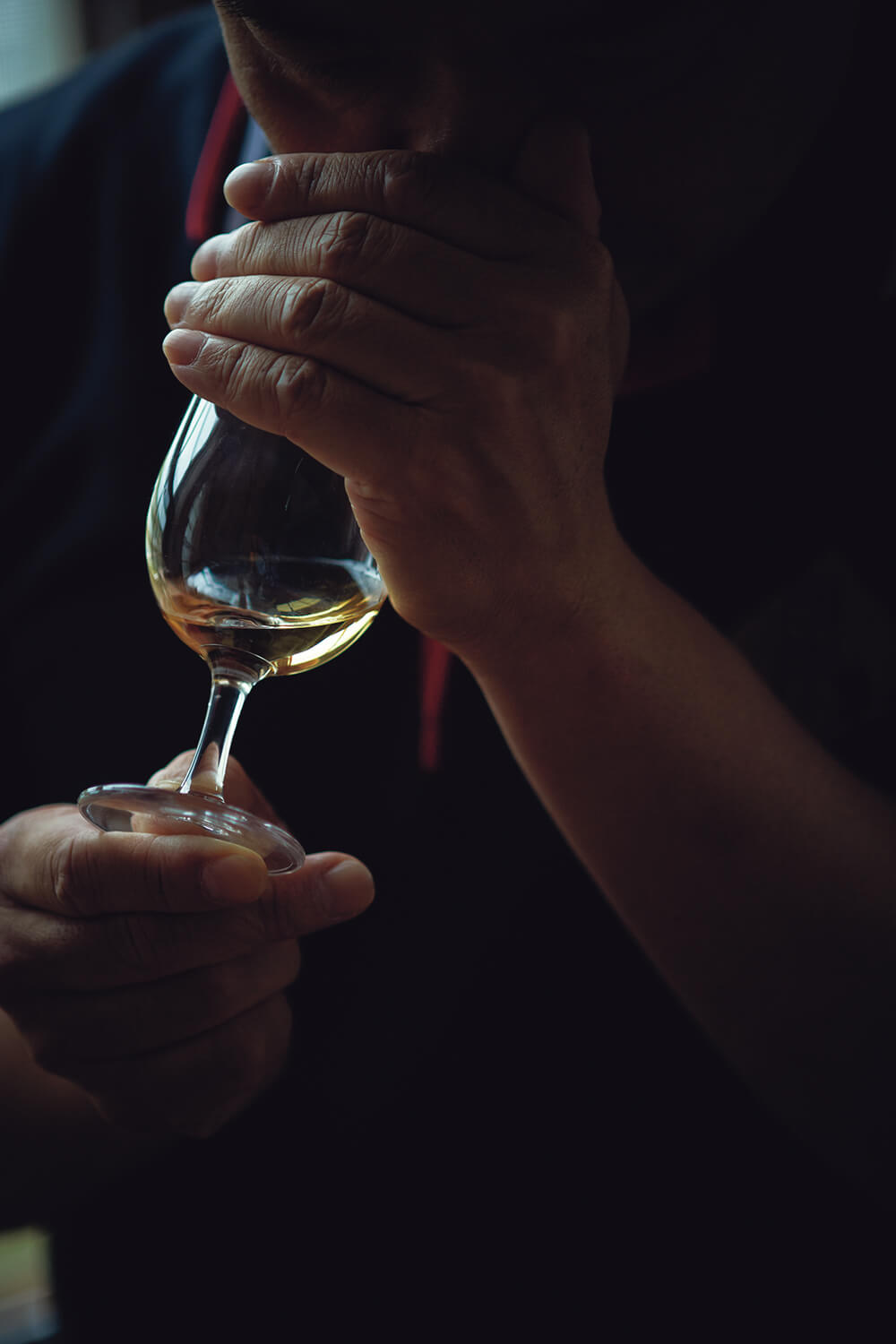 One factor to bringing out that distinctive Islay malt taste lies in the ground water that has moved through – and been treated by – the peat. This type of peat is only distributed in the wetlands of Hokkaido and is known as ‘deitan’in Japanese. An abundant amount of water and peat. Inevitably, the area around Akkeshi turned out to be the area that could fulfill these conditions.

There is more than one reason why Akkeshi Distillery is getting so much attention. The second key to understanding their popularity lies in the creation of whiskey that ‘follows in the footsteps of the royal road of Scotland’s whiskey industry’.

The equipment at Akkeshi come from Forsyths, one of the oldest and most trusted makers of distillery equipment among many of Scotland’s famous distilleries. Not only do they provide pot stills, the symbolic equipment of whiskey distillation, Forsyths makes a complete line of equipment, from mashtuns for extracting wort to washbacks that are used in the fermentation process.

However, Tatsuzaki-san reminds us, ‘no matter how incredible your equipment is, people still have to operate it’. When inquiring about this process that they pay such careful attention to, the answers you get are surprising. 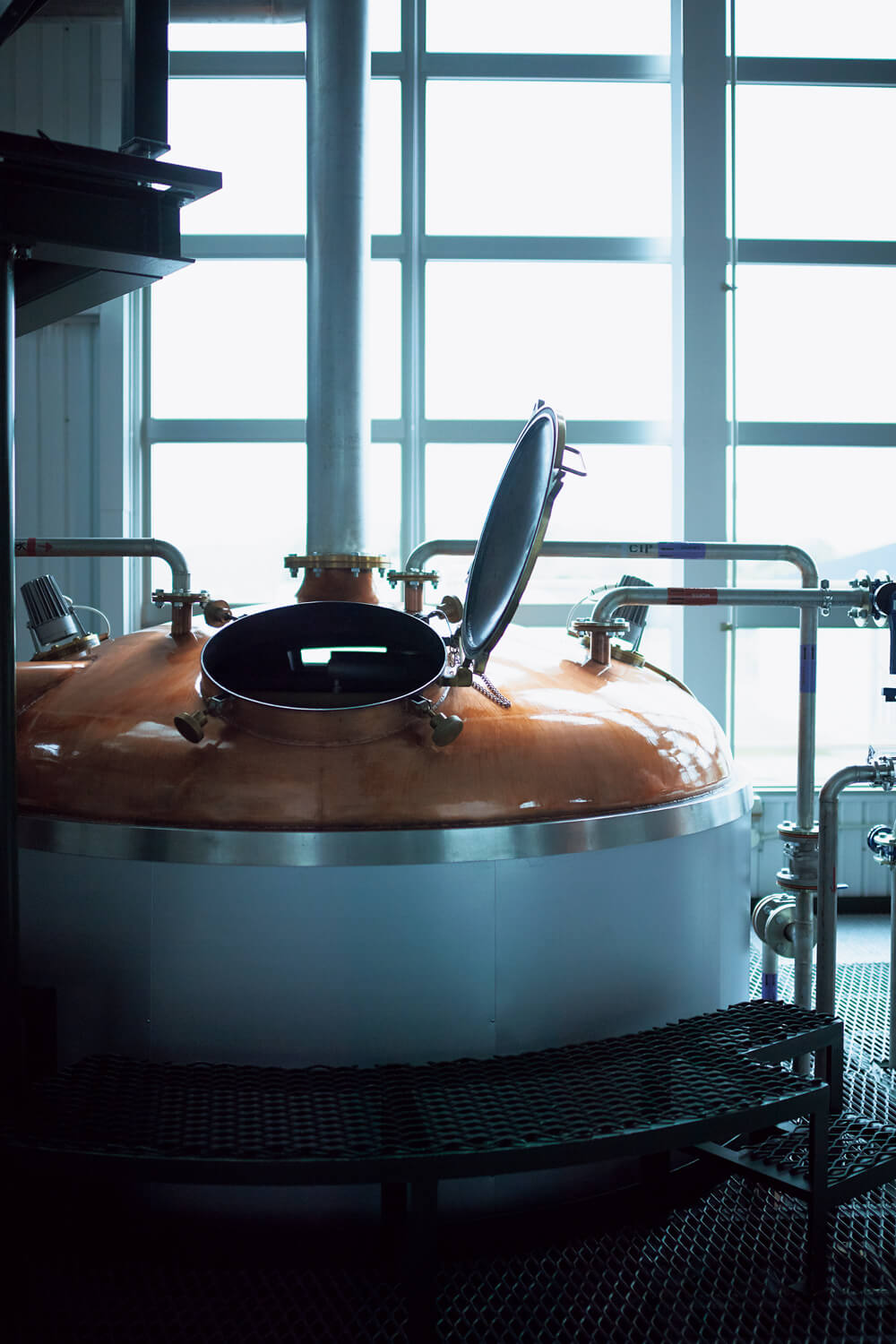 The mashtun used during the mashing process. The large window in this distillery is a design influenced by the Caol Lla Distillery in Islay.

‘Aside from the maturation of the whiskey, the most important aspect in whiskey making is thought to be the distillation process, but we’re actually particular about saccharization, or the mashing process. The degree to which that process is completed ultimately determines the final product’.

The process of making whiskey includes saccharization (mashing), fermentation, distillation, and maturation in that order. Mashing is a process that involves mixing crushed malt with warm water to create sugar that melts into the wort. Why does this particular process have a special meaning for Akkeshi Distillery?

‘There is a saying that goes, ‘Man proposes, God disposes.’ Success or failure is easily influenced by the environment at the time during the fermentation process, so this is when ‘God disposes’. Then ‘Man proposes’ must be during the mashing process. You can’t be complacent about the hardware. The spirit to create something even better is what drives us to make high quality whiskey’.

The outlook for the future of Akkeshi Distillery is magnificent. The concept of creating whiskey by using barely grown in Akkeshi that is then dried in Akkeshi peat and finally matured in Japanese oak barrels made in Akkeshi is already a reality. The day that the world is pleasantly surprised by ‘All Akkeshi’ single malt whiskey is almost here. 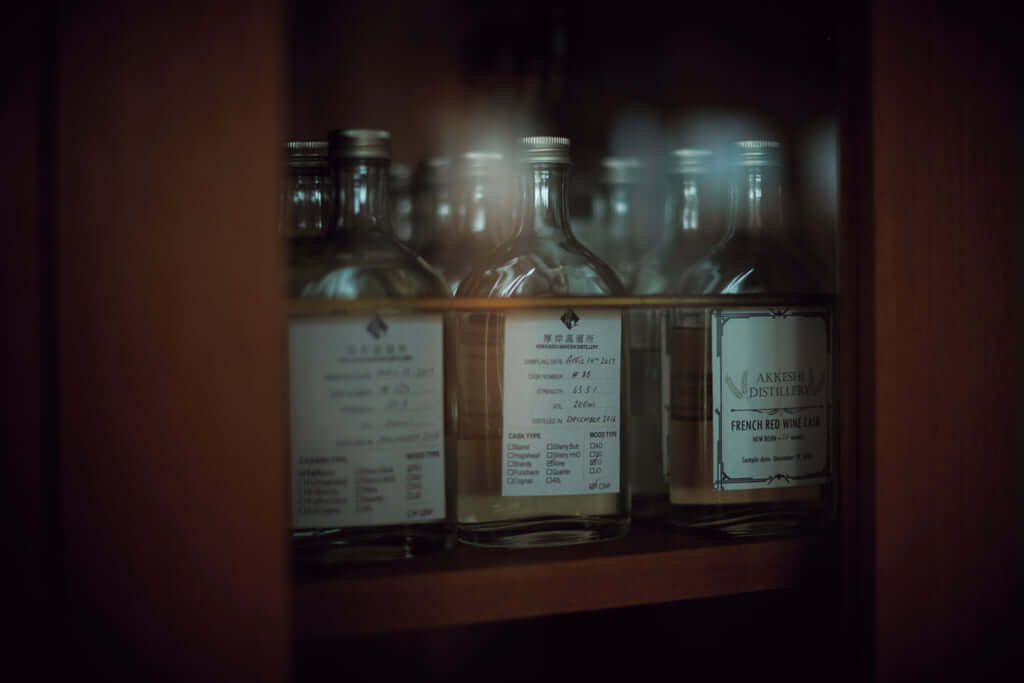 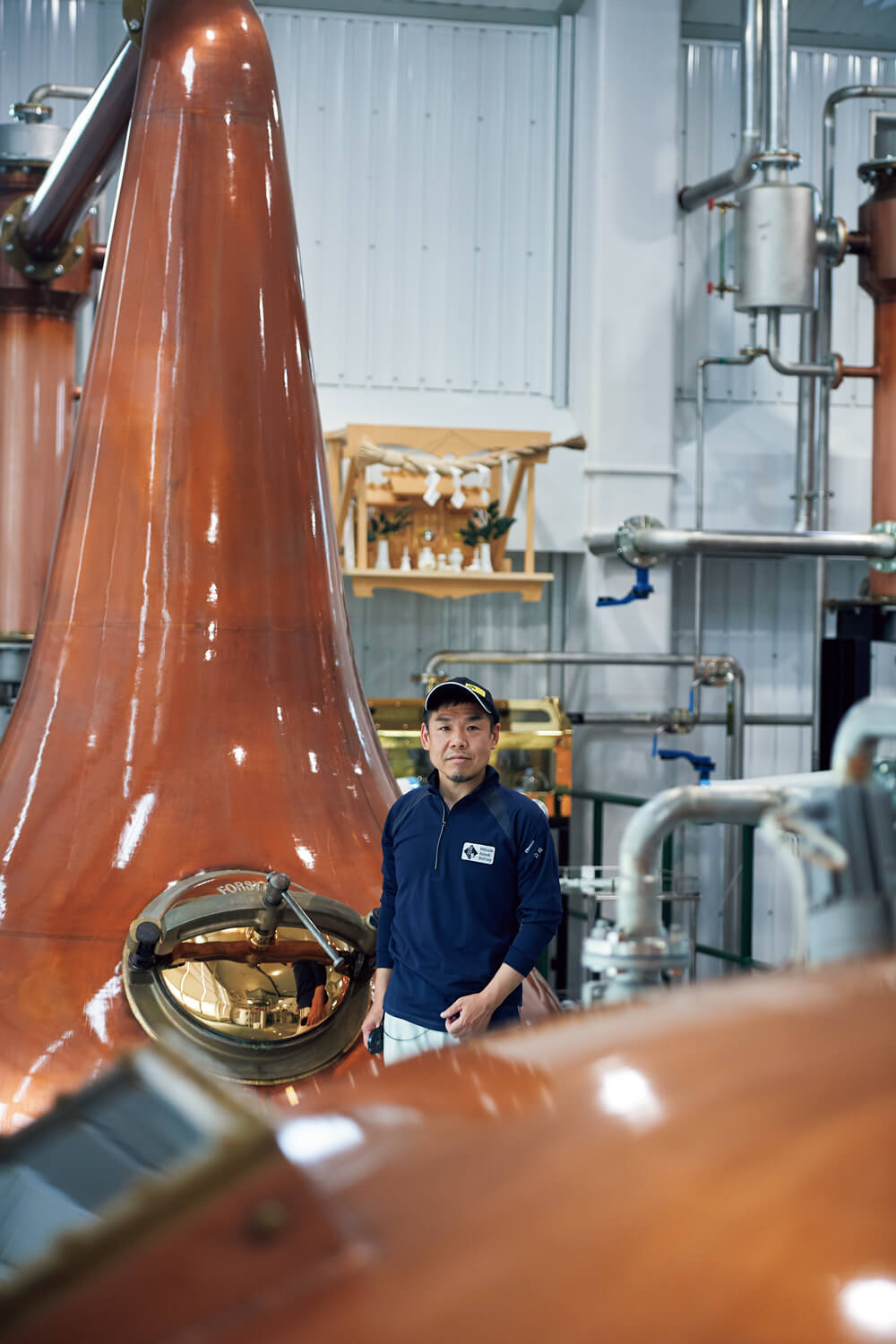 Distillery Manager, Tstsuzaki san, formerly served as a quality control manager for a major dairy product manufacturer. He has an unusual resume for a whiskey craftsman.

The Rise of Japanese Whisky —