This dish, known as ‘kinugasa don’, can be adapted to be suitable for vegetarians by replacing the meat with seitan. 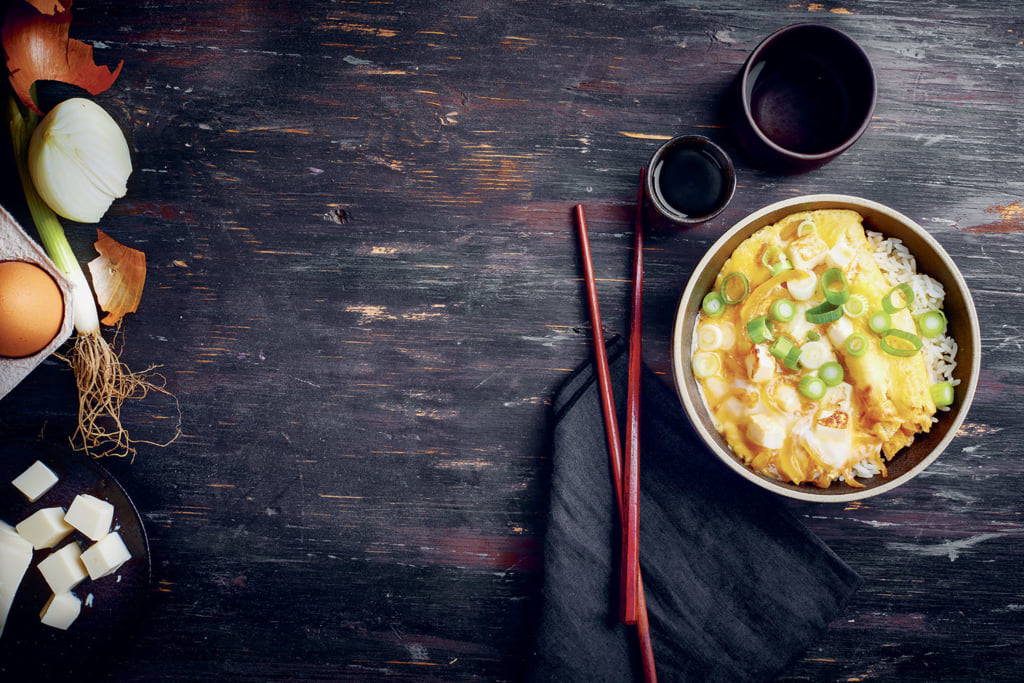 Taken from Stéphanie de Turckheim‘s book Plats veggie du monde (‘Veggie Dishes from Around the World’), a book that offers a vegetarian world tour through a collection of one hundred recipes that draw inspiration from Japan, the USA, Italy, and the Maghreb, this kinugasa don is a vegetarian version of a typical Japanese dish: donburi.

Donburi is a traditional Japanese meal that comprises a bowl of rice with various toppings. The most common adaptations are katsudon with breaded pork, gyudon with sliced beef, and unagidon with grilled eel. The meat-free version features seitan, a precious ingredient in Japanese Buddhist cuisine, made from wheat flour, spelt, or gluten.

In the introduction to her recipe, Stéphanie de Turckheim explains that the Japanese tend to enjoy the omelette that covers the kinugasa don softly cooked.

Cook the rice following the instructions on the packet, drain, and keep warm.

Peel and finely chop the onion. Cut the tofu into small cubes.

Pour the neutral oil into a pan and grill the tofu for three to four minutes. Place in a bowl.

Add the onions and a splash of sesame oil and colour them over a low heat. Pour in a little water and cook until it evaporates and the onions become caramelised.

Add the soy sauce and the sugar. Mix and add the tofu. Leave the mixture to caramelise for one to two minutes.

Break the eggs in a bowl, whisk them with a fork and pour them into the pan. Cook for one minute and then cover for two minutes.

Put the rice into two bowls and place the omelette on top.

Plats veggie du monde (‘Veggie Dishes from Around the World’) (2019), a recipe book by Stéphanie de Turckheim, is published by Hachette and is not currently available in English.

Stéphanie de Turckheim is an advisor in culinary creation and innovation. She also develops buffets for brands and press events and runs cookery workshops for children in Paris. 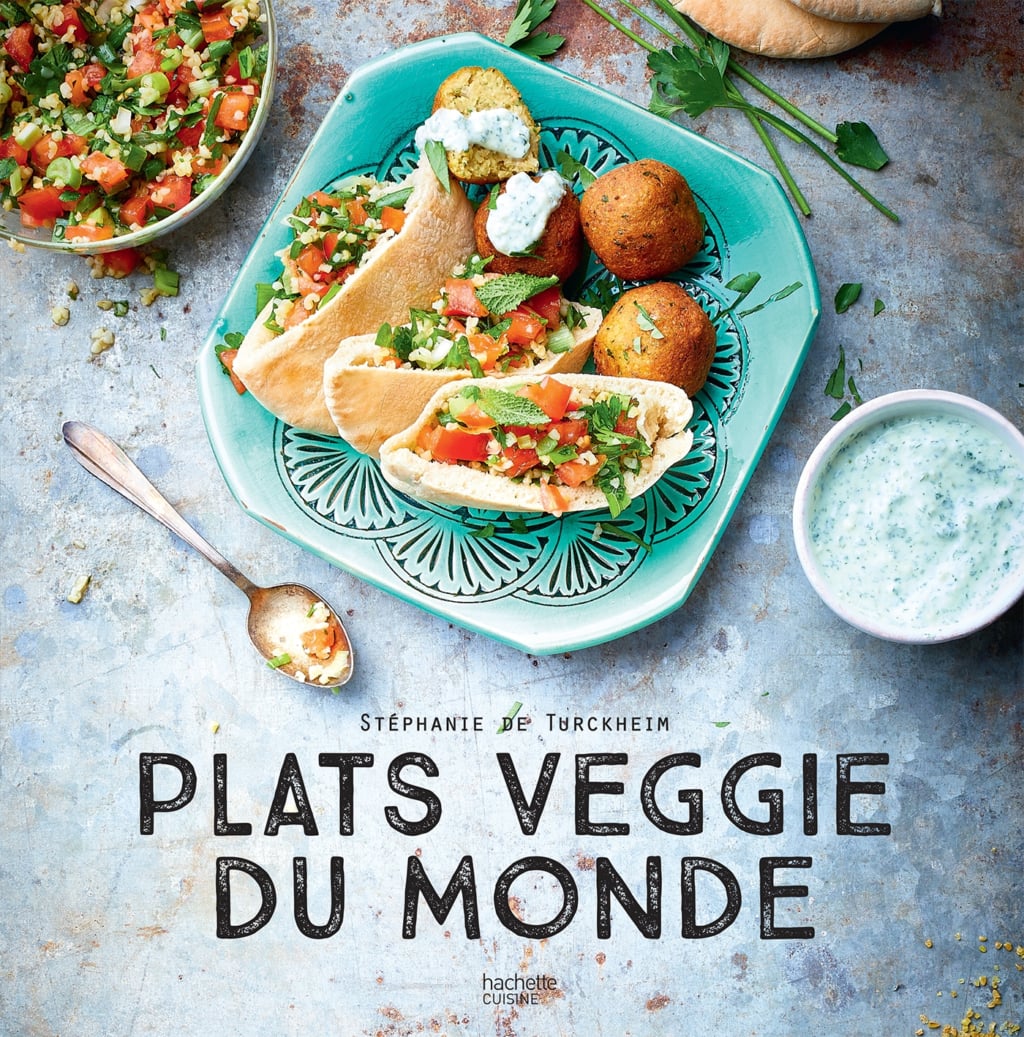