The chef has selected a comforting dish that is simple to make and an example of ‘ofukuro no aji’, or ‘home-cooked cuisine’.

Every year, the Washoku World Challenge encourages chefs from all over the world to adapt and reinvent Japanese gastronomy. Despite often being considered inaccessible, this cuisine is multifaceted. Kimio Nonaga, third-generation chef at the Nihonbashi Yukari restaurant in Tokyo, wanted to prove this reputation wrong. He decided to put together a recipe for Pen for soboro chicken, a comforting dish that is reminiscent of home cooking, or ofukuro no aji as it is known in Japanese.

Invited to share his opinion on the 9th edition of the Washoku World Challenge held in 2021-2022, Kimio Nonaga was amazed by the expertise of the chefs competing. ‘The level gets higher every year’, he declares. ‘The participants understand Japanese cuisine better than some of our younger chefs. They have grasped the Japanese spirit and translate it into cooking, like two of the finalists, Hyeon Jeong Lee (South Korea) and Peishih Yang (Taïwan).’

Among the finalists, the chef from South Korea wished to combine the basics of Japanese gastronomy with other world cuisines. The Taiwanese chef, meanwhile, decided to showcase the art of knife techniques in a recipe he put together especially for the competition.

Each expert participating adds their own little touch to an ancient cuisine. ‘It’s vital to adapt recipes to suit the changing times and individual tastes’, concludes Kimio Nonaga, who is also a Goodwill Ambassador of Japanese cuisine.

More information about the Washoku World Challenge can be found on the competition’s website. 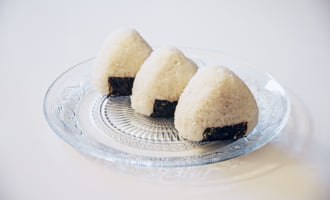