In his latest book ‘Vegan JapanEasy,’ the American chef proposes a recipe for a Japanese meatless yet tasty steak. 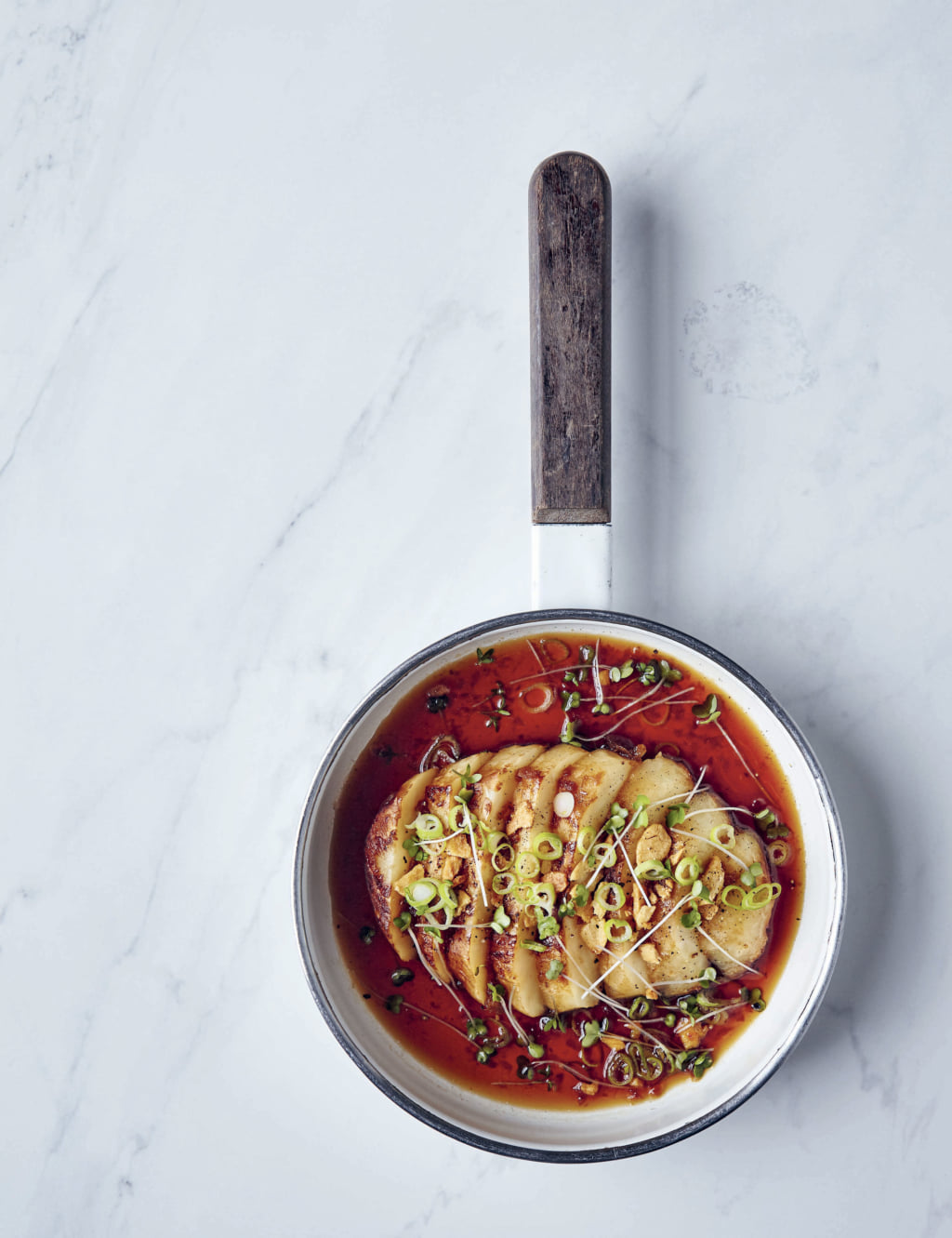 Chef Tim Anderson proposes, in his book Vegan JapanEasy: Classic & Modern Vegan Japanese Recipes to Cook at Home, a recipe for wafu seroriakku suteki: Japanese-style celeriac steaks. Despite what the name suggests, they contain no trace of meat, but are rather pan-fried slabs of celeriac that are lightly caramelised, covered in a sweet onion sauce and garnished with fried garlic.

Vegan JapanEasy: Classic & Modern Vegan Japanese Recipes to Cook at Home compiles 80 vegan recipes. ‘This book won’t teach you how to make joyless ‘vegan versions’ of Japanese meat and fish dishes, because that wouldn’t be good, and there’s no need to!’ declares the author in the introduction.

A few pinches of sesame seeds

Put the garlic in a frying pan with the cold oil and set over medium heat. Allow the garlic to fry slowly in the oil until just golden-brown, then remove it from the pan with a slotted spoon and let it drain on kitchen paper.

Return the frying pan with the garlic-infused oil to high heat, then place the celeriac steaks in the oil and hit them with a few good grinds of black pepper. Cook on each side until nicely browned (and perhaps starting to blacken in places). Drizzle over the wafu dressing and the sesame oil, and bring everything to a boil.

Remove the pan from the heat and transfer the celeriac steak to a cutting board and slice it like a regular steak. Serve on warmed plates (yes, do it!) and pour over the sauce. Garnish with sesame seeds, watercress, spring onion, and the fried garlic.