In ‘Shi Nikki (Private diary) for Robert Frank’, the photographer shares his everyday life in 101 images taken from 1992 to 1993. 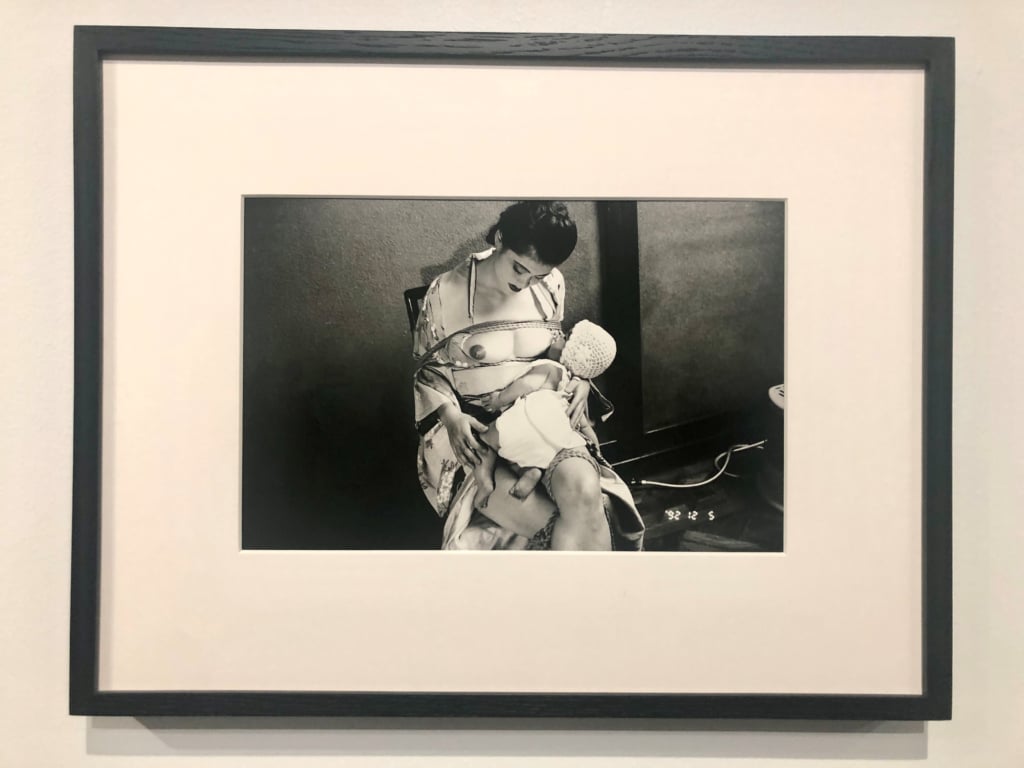 This series of photographs depicts a particular period in the artist’s life: grieving the death of his wife, Nobuyoshi Araki explores unusual, dark facets of his personality and everyday life.

Held from 8 December 2021 until 14 March 2022 at the Bourse de Commerce in Paris, the exhibition Shi Nikki (Private diary) for Robert Frank takes the form of images without captions, modestly displayed in black frames in a long line all around the room. The dates when the photographs were taken appear directly on the images, and the exhibition concludes with a black rectangle. The subjects include eroticised women, flowers, skies and the streets of Tokyo. In a signature on the wall at the start of the exhibition, the artist dedicates the series to the Swiss photographer who became an American citizen, Robert Frank.

Nobuyoshi Araki was born in Tokyo in 1940, and quickly developed a passion for images and photography. His main themes are prostitutes, clubs and Tokyo streets, and he has always been notorious for his half-realist, half-artistic tone, allowing him to rise up the ranks over the decades to reach the status of a major figure in 20th-century photography.

Photographers between artists and reporters

Nobuyoshi Araki and Robert Frank (1924-2019) knew each other. Despite the generation gap and their difference in culture and areas of operation, the two artists mirror each other in terms of their themes and approaches. They have sometimes been compared and linked as part of exhibitions or sales of the work of multiple artists around the world.

Raw, uncivilised; their work seeks to document everyday life, the reality for ordinary residents like marginalised individuals, just as much as it does their own paths, like a private diary: one in Japan, the other in the United States. Robert Frank paved the way in 1958 with the release of his book The Americans, with an introduction written by Jack Kerouac. While critics of the time described his work as ‘sad’ and ‘perverse’, he was among those who laid the groundwork for New Journalism, a creative movement between reporting and fiction, adjectives that also describe the work of Nobuyoshi Araki.

When the Japanese photographer’s wife, Yoko Aoki, passed away in 1990, he lost his greatest muse and the love of his life. Despite his apparent loose morals, Nobuyoshi Araki always proclaimed his real adoration for his wife, who he depicted in numerous photographs. Broken by grief, the photographer produced images tinged with gloom and solitude in the following years.

He obsessively photographed Yoko’s cat, the inside of his house, flowers and little plastic dinosaurs that he described as his companions. Tragedy also struck the American artist’s life, first with him mourning the accidental death of his daughter Andrea in 1974, and then again in 1994 when his son Pablo died following a long illness.

In 1992, when Robert Frank was visiting Japan, the artists met. It was on this occasion that Nobuyoshi Araki gave him a scrapbook containing the series exhibited at the Bourse de Commerce this year, which he dedicated to him. In these images that evoke absence and anger, but also the desire and energy to live after a period of grief, the two photographers find a universal language that unites them.

Shi Nikki (Private diary) for Robert Frank (2021-2022), an exhibition of photographs by Nobuyoshi Araki that was held at the Bourse de Commerce in Paris from 8 December 2021 until 14 March 2022. 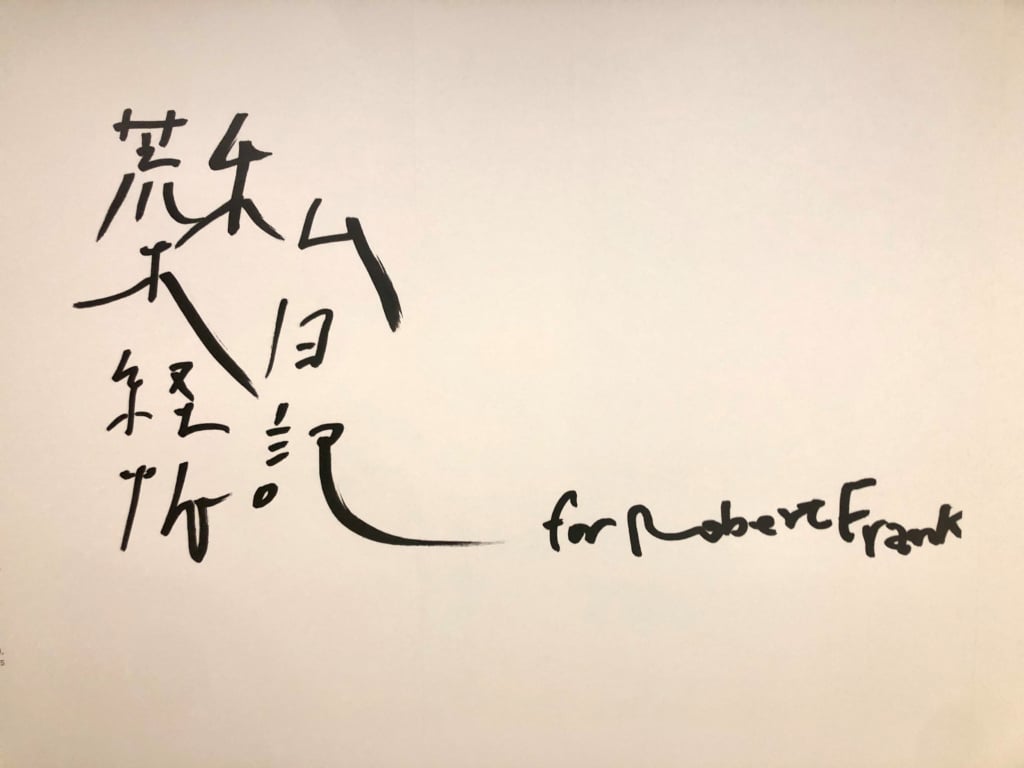 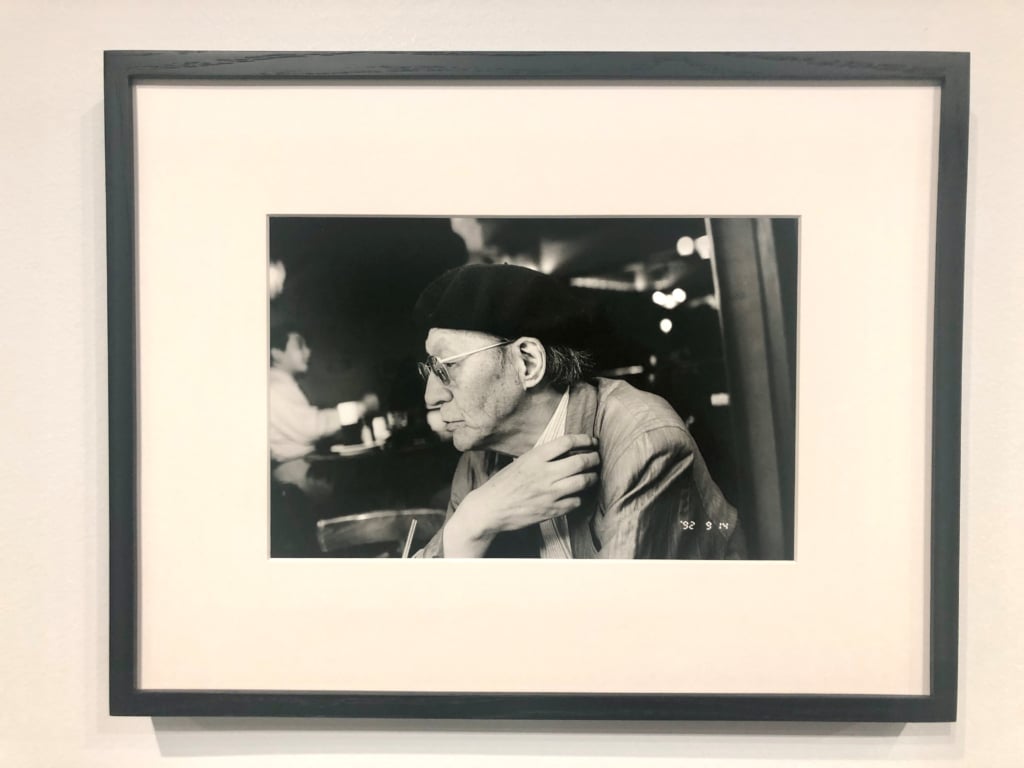 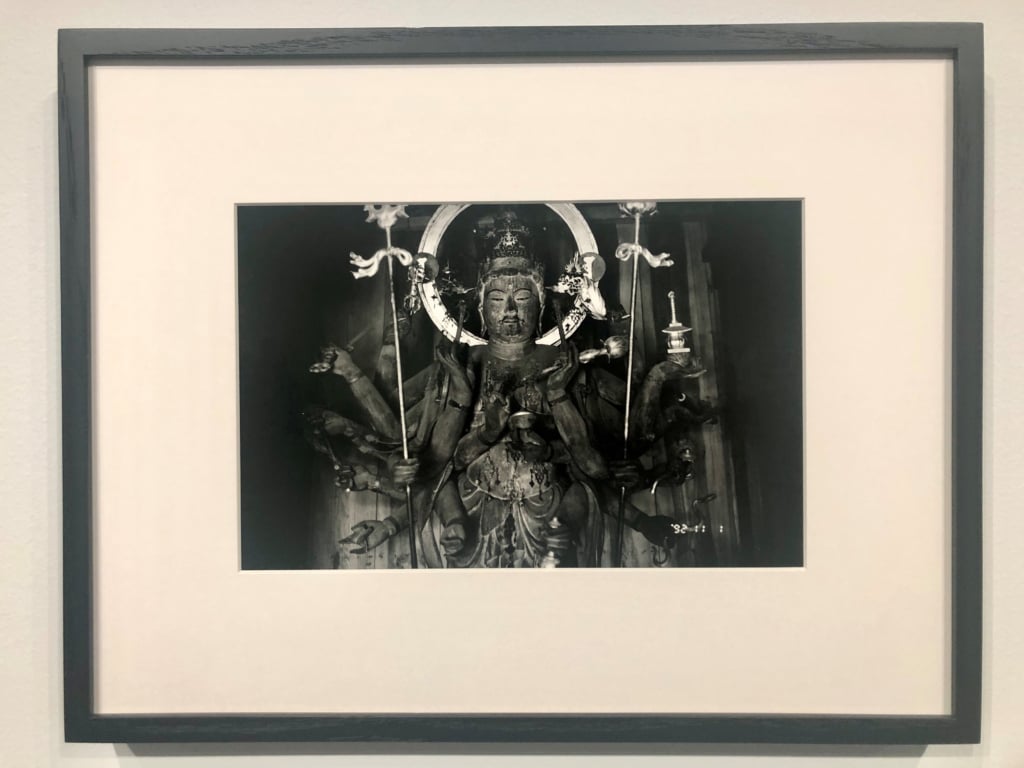 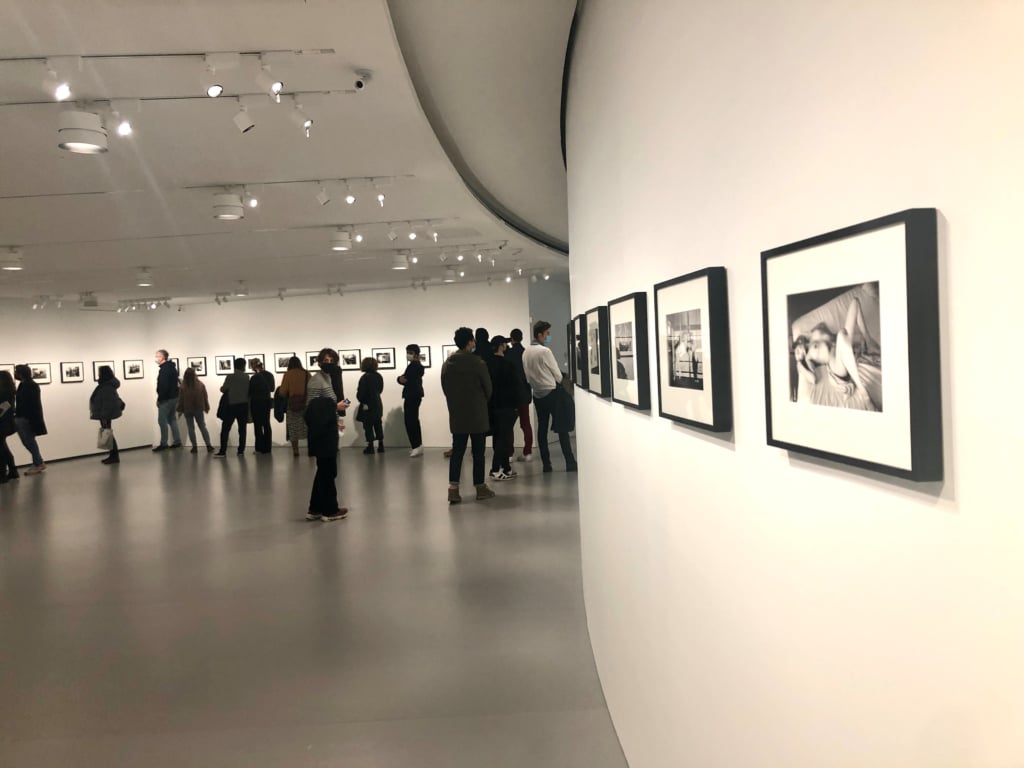 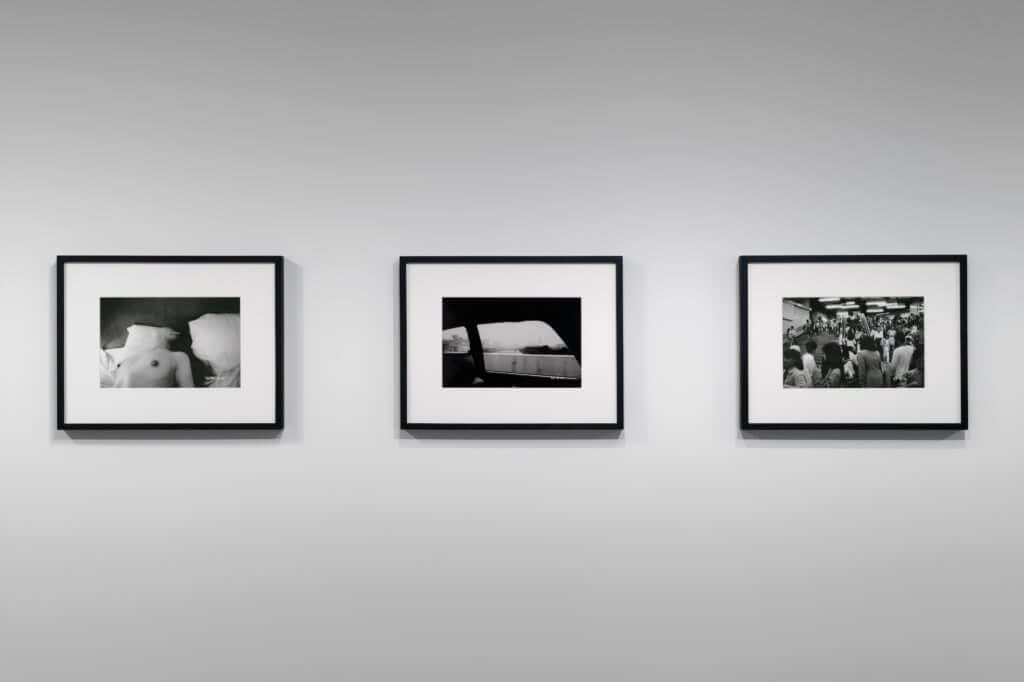 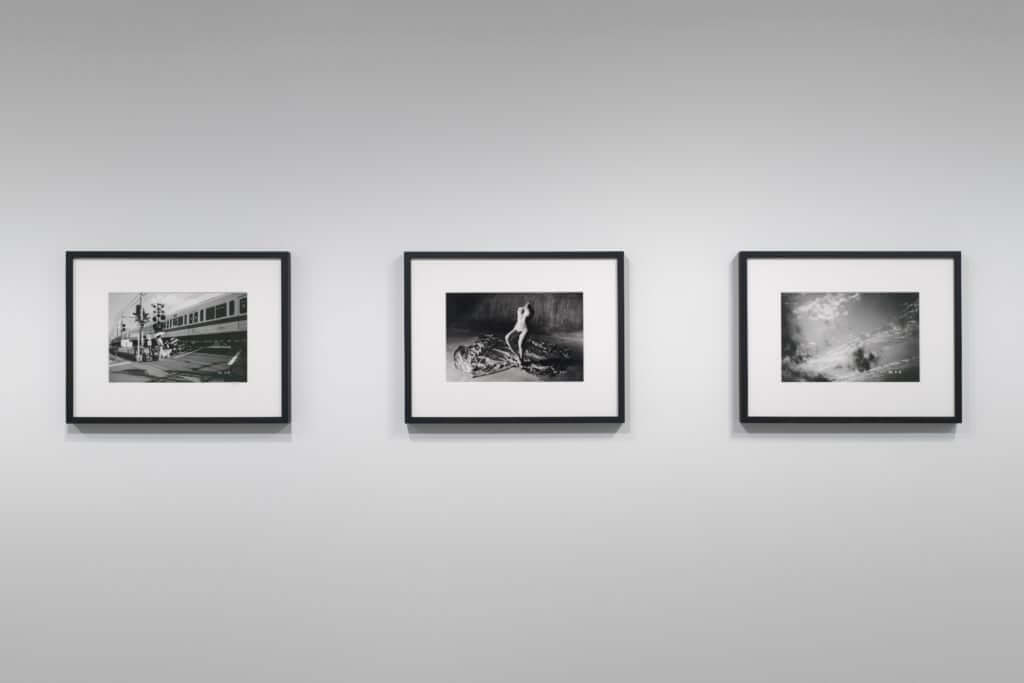 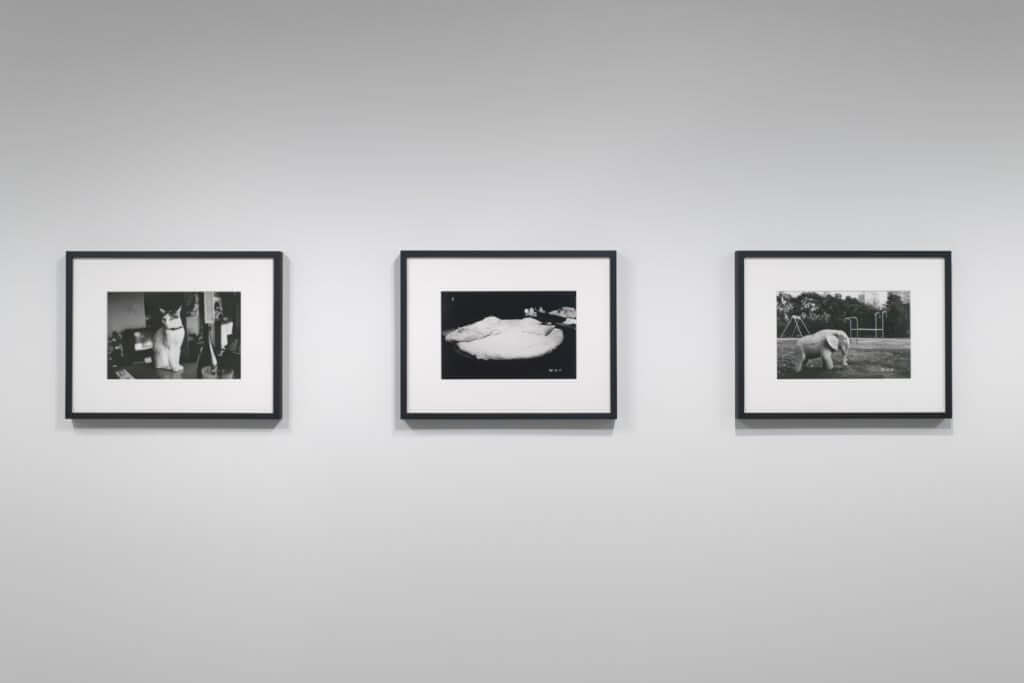