This book by Ornella Civardi compiles 60 portraits of women who forged and continue to forge the history of Japan. 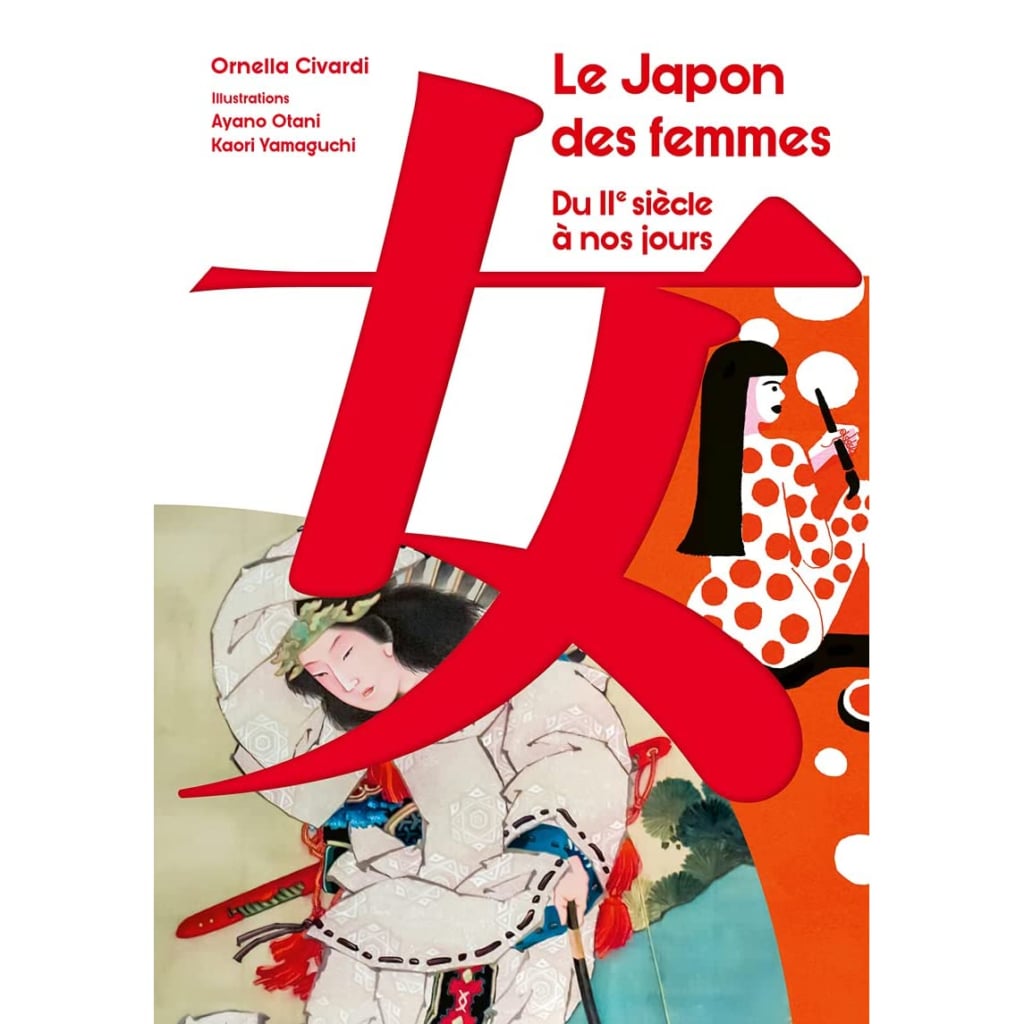 They are poets, warriors, revolutionaries, nuns, artists and empresses with at least two things in common: they made a mark on their era and were also almost erased from its texts. Ornella Civardi, translator and editor of several books by Japanese writers and poets, seeks to make amends for this injustice. In Le Japon des femmes — Du IIe siècle à nos jours (‘Women’s Japan — From the 12th Century to the Present Day’), she sketches the portrait of 60 women who marked Japanese history and culture from Antiquity to the early 21st century.

Ornella Civardi started with an observation: legends about the matriarchal society of ancient Japan are full of goddesses, priestesses, queens and empresses. On the dawn of the 5th century, however, when Buddhism and Confucianism arrived in the country, women were relegated to subordinate roles and their feats of arms were no longer mentioned in texts. This movement of women into the background continued over the years, particularly during the Meiji era (1868-1912). Despite this, while men are given prominence in the history books, women continued their combats and work. These feats are those related by the author in Le Japon des femmes.

For example, the reader discovers Jingu, an empress and the first female political leader in the history of Japan. There is also Tomoe Gozen, a samurai woman married to a general in the Minamoto clan named captain of troops, a first for a woman. This tale continues to be a source of fascination, as her story was adapted for the theatre in 2013. Other figures include Izumo No Okuni, the founder of kabuki theatre, Toshino Kishida, a 19th-century feminist figure known for her publications in the women’s magazine Jogaku Zasshi, and Abe Sada, whose life inspired the film In the Realm of the Senses. More contemporary figures are also presented in this anthology, such as Yayoi Kusama, nicknamed the ‘Princess of polka dots’, and the top-selling living female artist in the world, and Marie Kondo, known for her incredibly popular method of tidying up.