The Japanese chef, who trained alongside Alain Ducasse, showcases French cuisine in his first restaurant, opened in Paris in 2011. 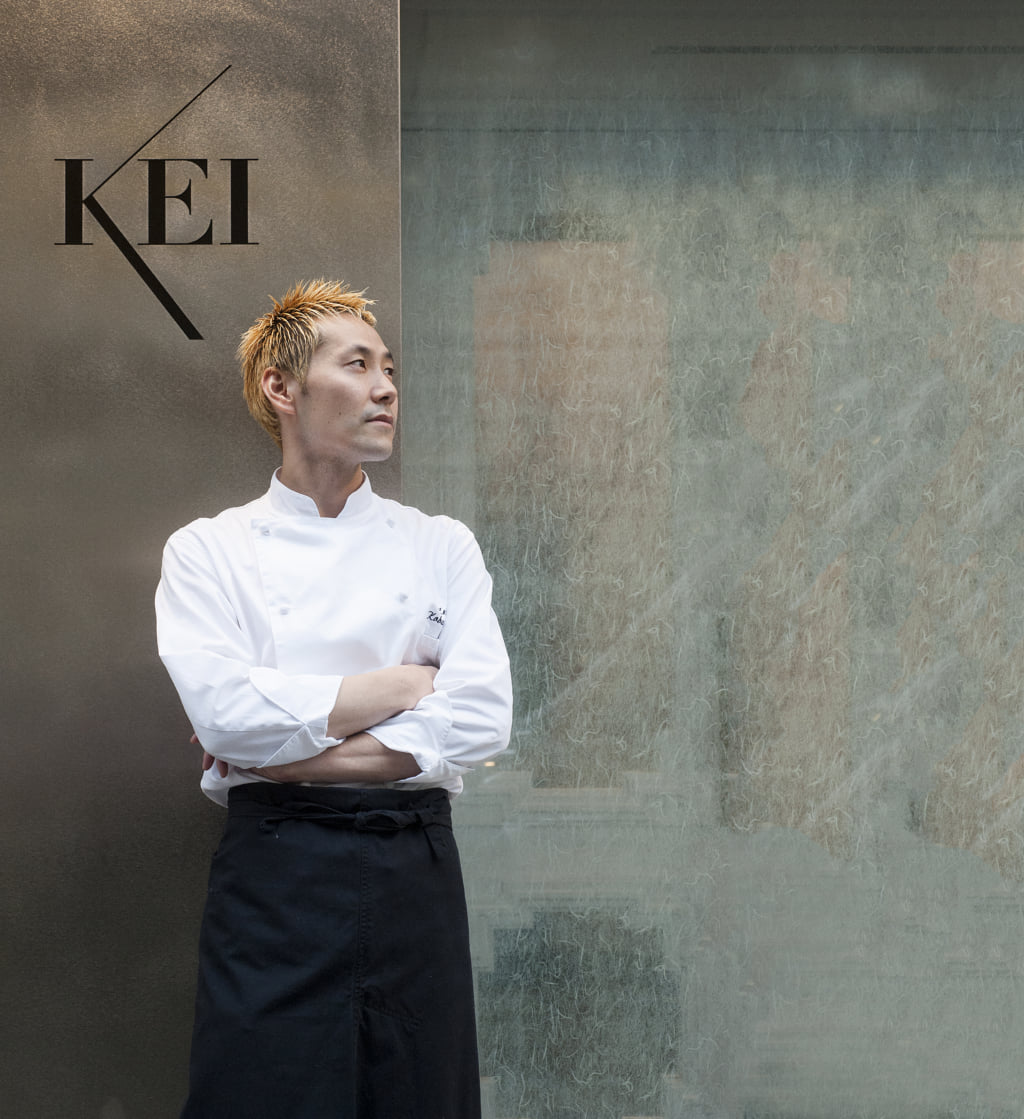 ‘Kei has the gift of being able to produce new things without falling into anecdotal territory’, declares Alain Ducasse. Kei is Kei Kobayashi, the chef at the helm of the eponymous restaurant located at 5 rue du Coq Héron in Paris’s first arrondissement. In this establishment that seats 30 diners, situated close to Les Halles, the Japanese chef glorifies French cuisine, injecting a few Japanese flavours here and there. Langoustine with kabocha mousse and lobster bisque, garden of crisp vegetables, smoked salmon, rocket mousse and lemon emulsion. Kei Kobayashi cooks using seasonal produce and draws inspiration from art, fashion, and nature. He has a particular fondness for meat: game, beef, and pigeon.

The décor at Kei is refined, with grey and silver accents, enhanced by mirror effects. Nothing more. ‘Thirty place settings means 30 different faces and that constitutes the décor’, Kei Kobayashi explains. ‘Why would I add paintings on the walls? My cuisine adds the necessary touches of colour. My fondest wish is that my clients receive a real culinary experience here.’

Training with the greatest French chefs

Kei Kobayashi was born in Nagano in 1977 to a family of chefs. At the age of 15, while watching a television documentary about Alain Chapel, he was struck by the desire to cook French cuisine. After three years working alongside chef Norihiro Nakamura, he moved to Tokyo to work in Shimizu Ikuo’s brigade. He then headed to France, where he undertook placements with Alain Passard and Guy Martin at the Grand Véfour. In 2003, he joined the  kitchen teams at the prestigious three-star restaurant Alain Ducasse au Plaza Athénée, run by Jean-François Piège.

In 2011, he opened his first restaurant, where Gérard Besson previously ran an establishment for 24 years. One year after it opened, Kei was awarded a Michelin star. The restaurant received a second star in 2017, then a third in 2020. He is the first Japanese chef to have been awarded three Michelin stars in France.

More information about Kei can be found on the restaurant’s website. 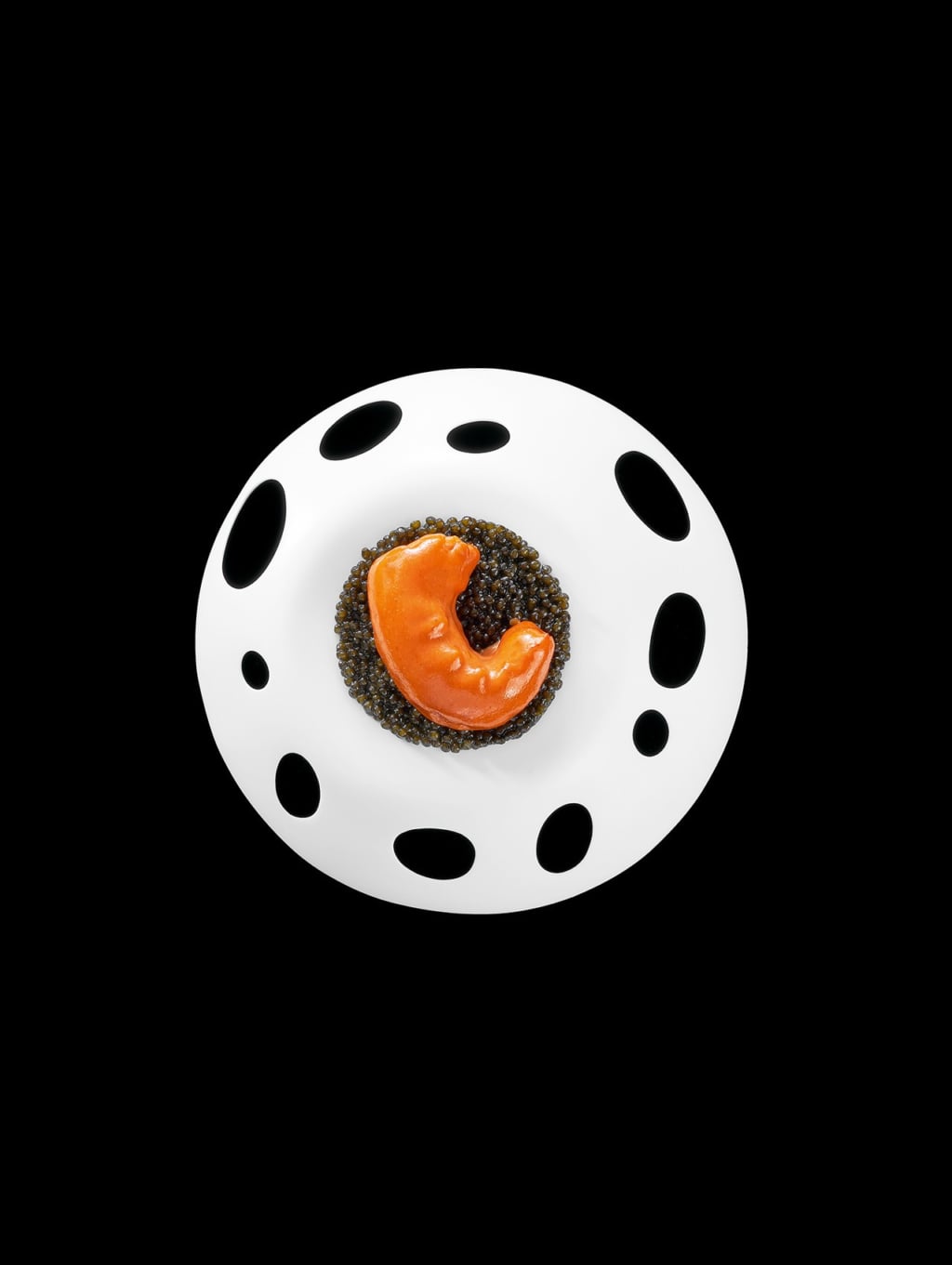 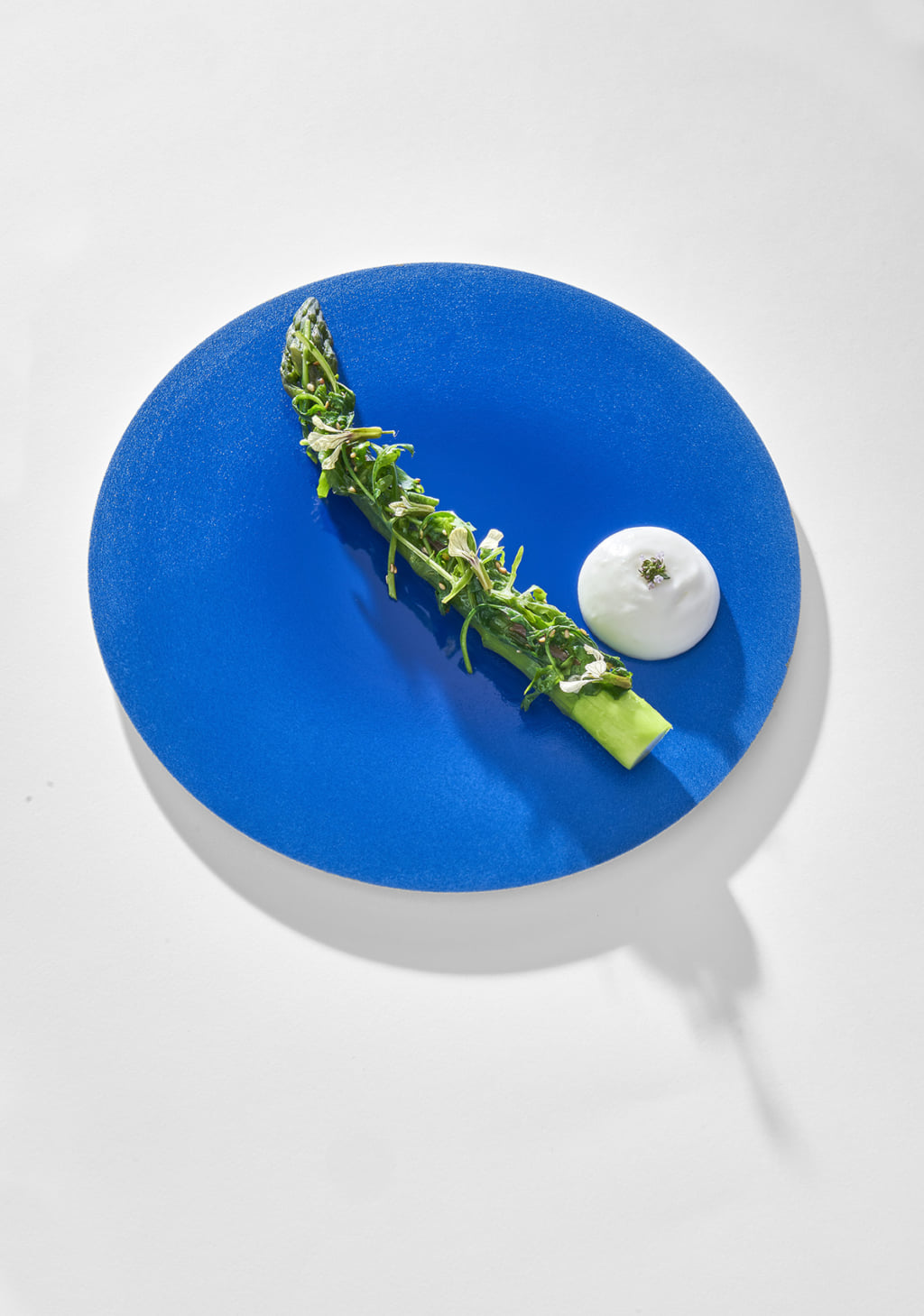 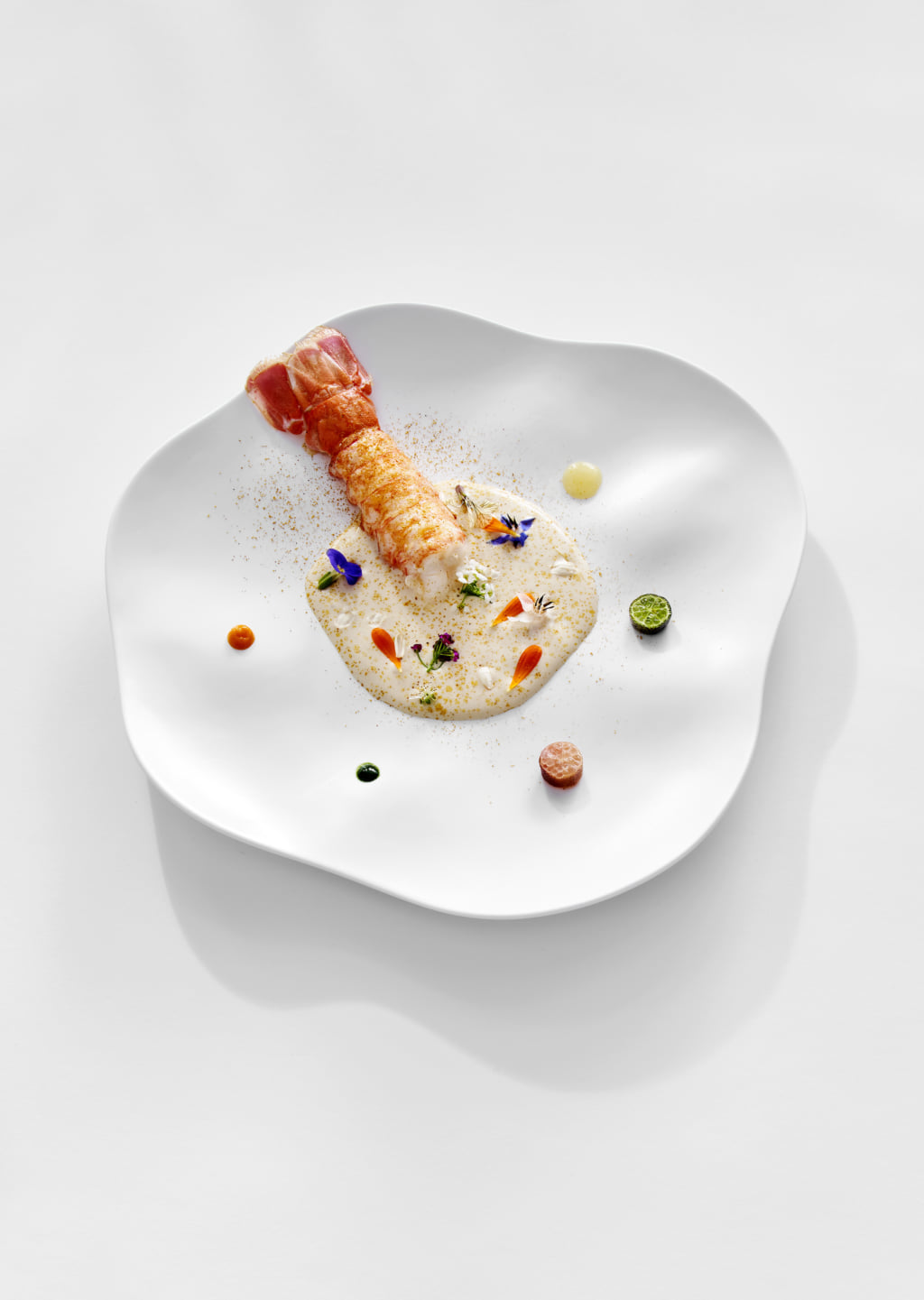 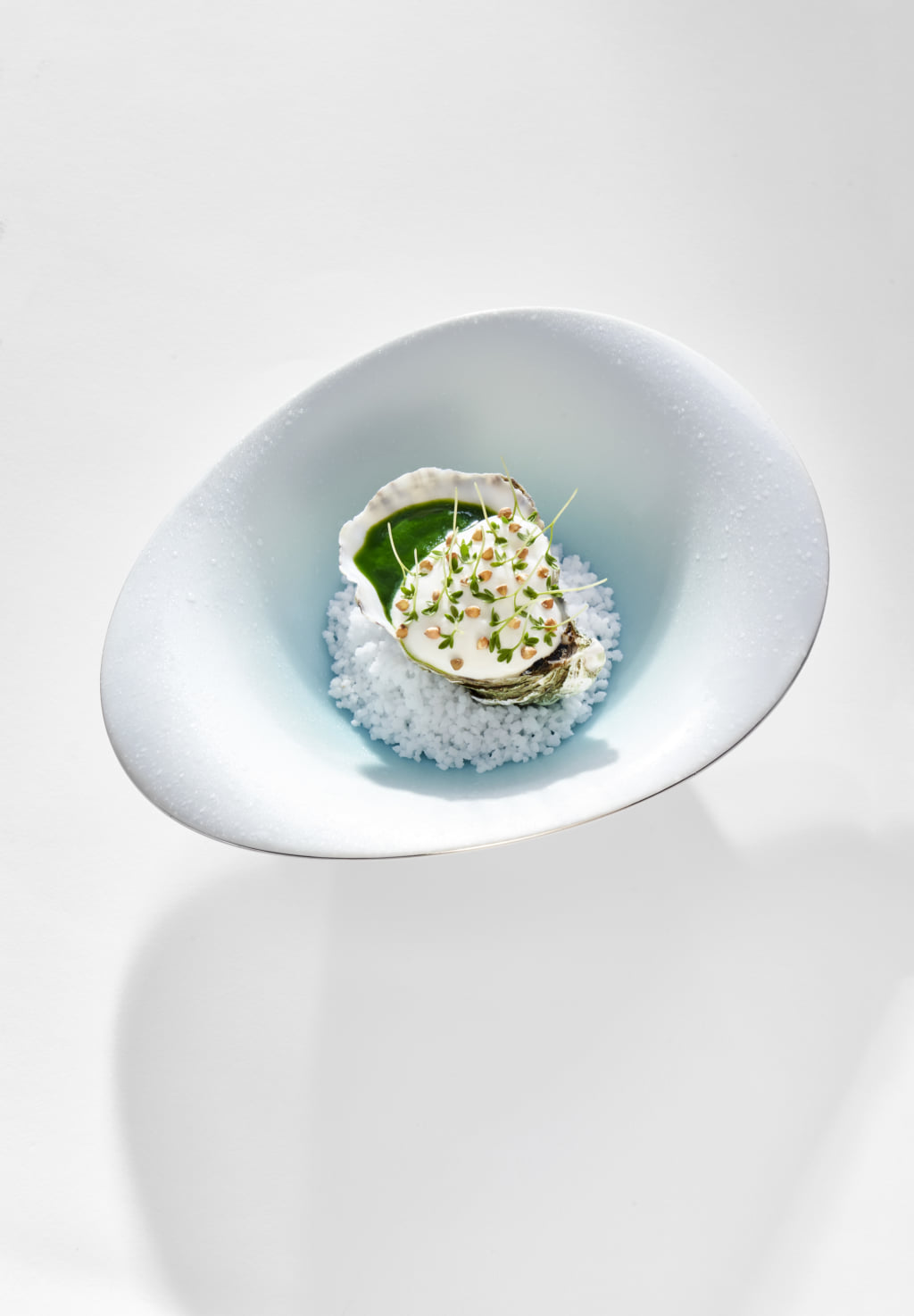